“Mr. Queed, you are afflicted with a fatal malady. Your cosmos is pure ego.”

The home page of this website (the “My Website” tab above) seems to have gone temporarily bananas—instead of my usual welcome message, it’s channeling the text of the Carney’s House Party post I wrote a couple of weeks ago. Anyone happen to notice when this started? I can’t remember when I last clicked on the home page. Hmm.

I have no idea what the problem is, but I’ve written my Swank web genius and I am sure she’ll fix me up in no time. UPDATE: Yup, problem solved. Thanks, Emily!

Speaking of Carney, I’ve been perusing her yet again as I work on my foreword for the reissue, and I got curious about the novel everyone in this book seems to be reading: Queed. Isobel (Carney’s rich Eastern roomie at Vassar) reads it on the train en route to Deep Valley, and Carney is proud that her father has recently read the novel as well and is able to converse about it with Isobel. And then the day they all go to Sam Hutchinson’s house for swimming and lunch, one of Sam’s relatives is reading it. His mother, I think? Well, I looked it up and I find at Gutenberg a text by Henry Sydnor Harrison, published in 1911—the year during which Carney’s House Party takes place.

So Queed is the book everyone was reading in 1911. Have any of you read it? Wikipedia doesn’t have much to say about Harrison: Tennessee native, Columbia graduate, wrote articles for the Atlantic Monthly under the pen name of Henry Second. Queed was his first novel.

I must say the frontispiece of the Gutenberg text had me at hello: 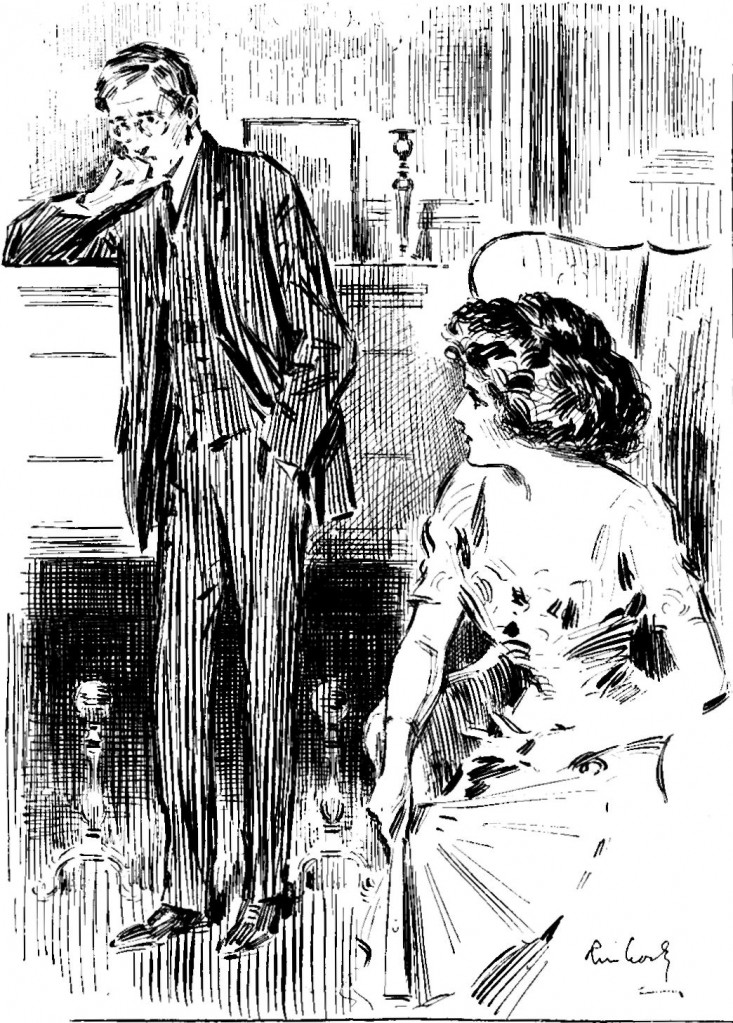 MR. QUEED, YOU ARE AFFLICTED WITH A FATAL MALADY. YOUR COSMOS IS PURE EGO.

Anxious looking chap, isn’t he? The novel’s opening paragraph contains the word “behemothian.” Twice. No wonder everyone between New York and Minnesota is reading this thing. I’m going to have to read far enough to discern whether the tone is ironic or sincere. If it’s sincere, it’s unbearable. I’m betting on ironic, though, or at least wry. I mean:

“The dog was of the breed which are said to come trotting into Alpine monasteries of a winter’s night with fat American travelers in their mouths, frozen stiff. He was extremely large for his age, whatever that was. On the other hand, the girl was small for her age, which was twenty-four next month; not so much short, you understand, for she was of a reasonable height, as of a dainty slimness, a certain exquisite reticence of the flesh.”

A certain exquisite reticence of the flesh? Tennessee native or not, Harrison has a voice right out of Monty Python.