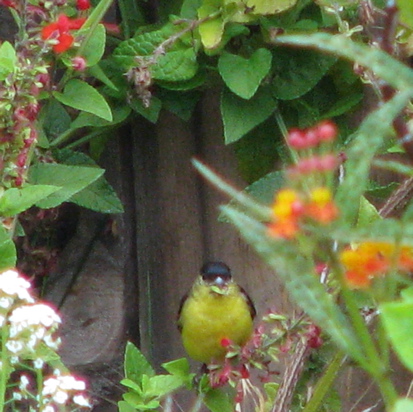 He was gone before I could get a non-blurry photo. A pity—he was posing so nicely!