Here in the Holey Glen 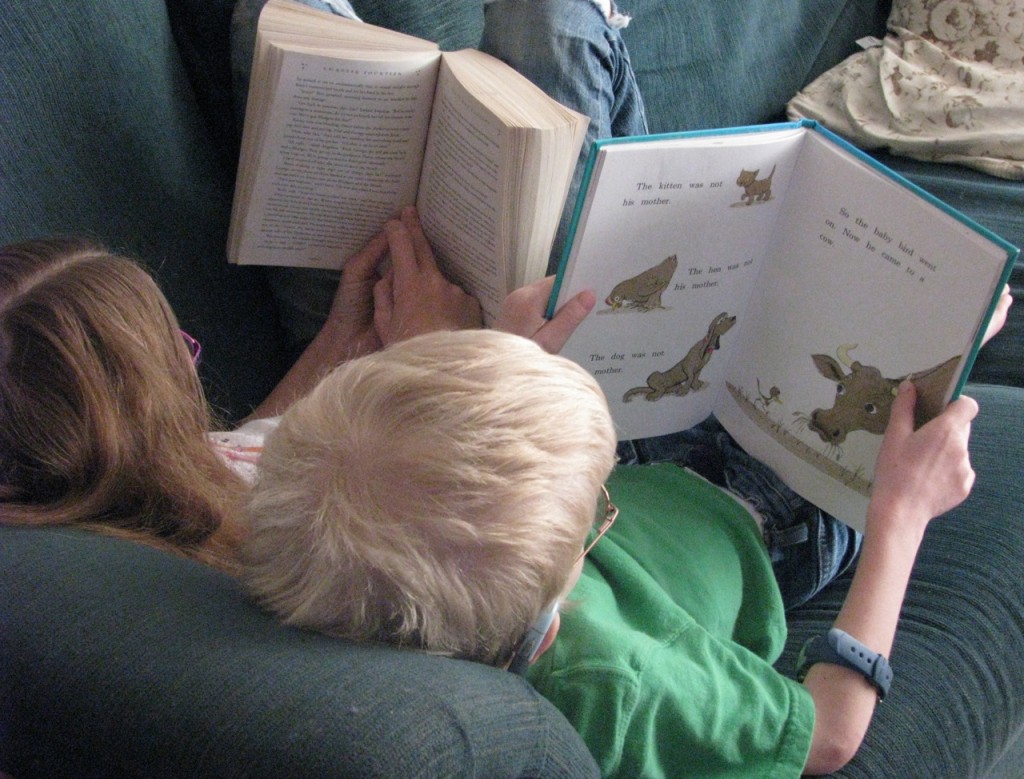 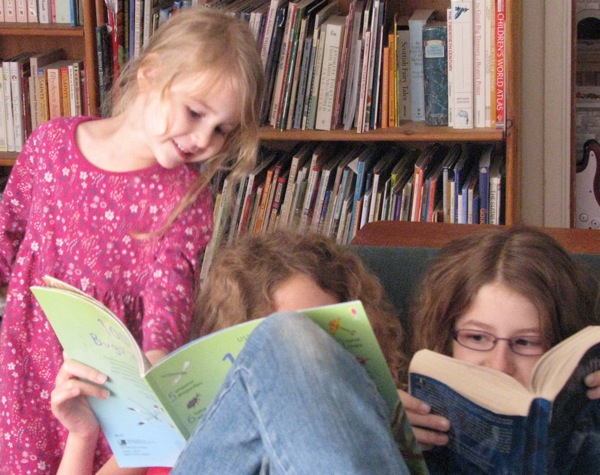 These photos happened about an hour apart. Rose, absorbed in a favorite reread, didn’t budge during the interim. It amused me to see what an irresistible force she was to her brothers and sisters as she lay there, immersed. (I wasn’t quick enough to snap the moment when Huck stood there whacking a train perilously close to her head.)

Later, looking at the photos, I was, er, bemused to note that Rose’s mother has rather missed her window to heed Auntie Leila’s excellent advice. 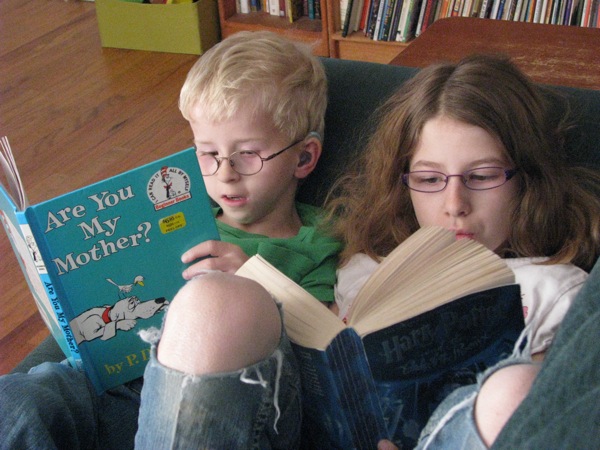 Charlotte to the rescue!

(Except I’m going to need a ribbon-trim-for-dummies tutorial. Pretty please!)

Tags: I kneed help, Rose isn't the only one who spends all her time with her nose in a book, There's a really good 'Are You My Mother' joke in there somewhere