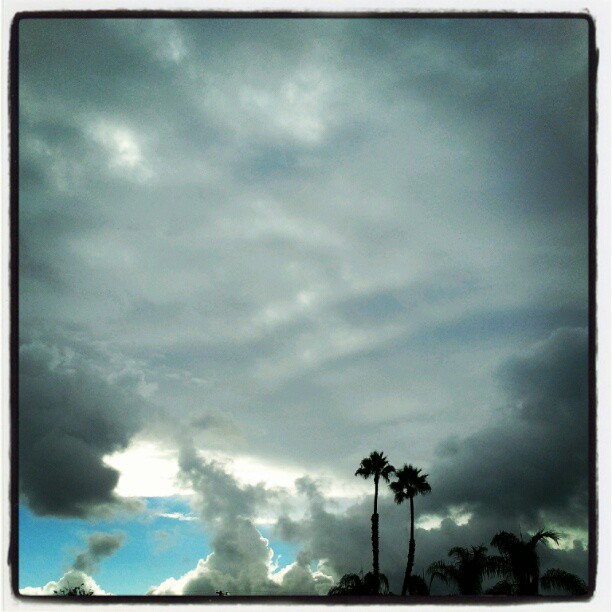 So they say. I can’t remember the last time it rained. Much as we need it, I hope it holds off until this afternoon—I’m not ready to give up this sky yet.