The Lord Byron of Marsh Birds

We went geocaching at a nearby park today. No luck locating the cache (we’ll try again), but we were dazzled by a close encounter with what we think was a great blue heron. He was just standing there on the grass a few yards away, gazing broodingly into the distance. Beanie and Rilla edged as close as they dared and studied him for a long time while Rose and I scoured the leaf litter for that well-camouflaged cache.

My photos didn’t come out terribly well, but when we got home, Rilla drew this picture from memory. What do you think? Great blue? 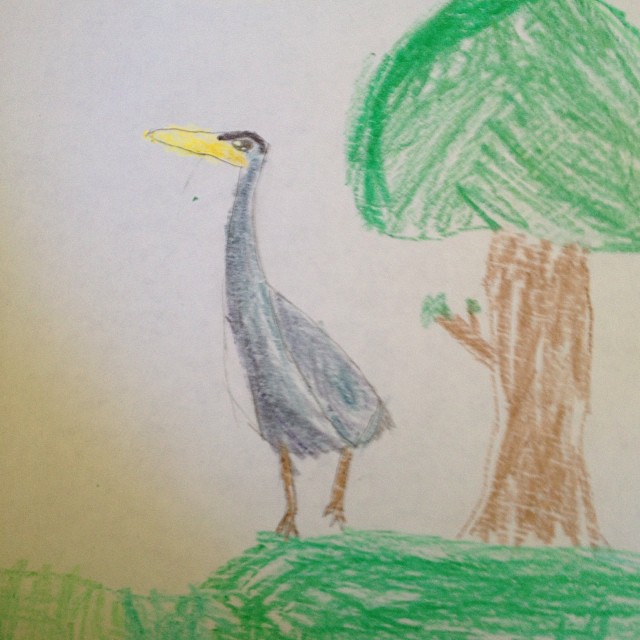