1. Spirited discussion of story structure with four bright girls, meandering into the all-important topic of why, why, why couldn’t Jo have ended up with Laurie?

2. Huck’s very delicate sneeze after dinner, which the older members of the family agreed was the cutest we’d ever heard

3. The way they laughed when my character fell off the log (again) in Harvest Moon

5. From yesterday, but I didn’t look at the pictures until this morning: Rose helping Huck learn “The Tyger” by heart 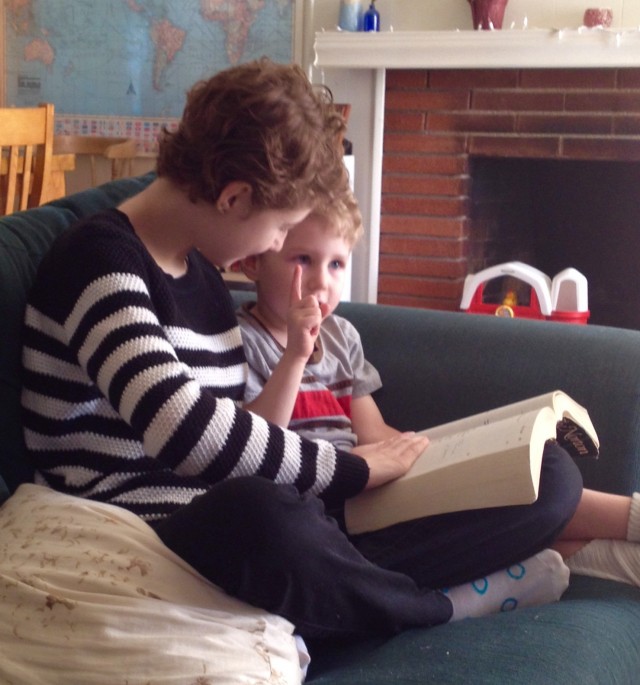