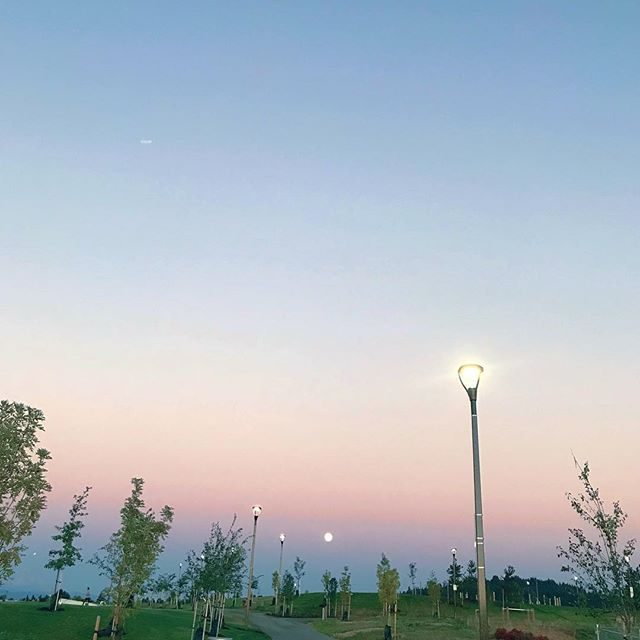 If anybody says the word “August” to me I shall scream, ’Enry ’Iggins, I shall scream. It’s simply Not Possible we are almost there.

School doesn’t start for my rising 9th grader (!!! — now it’s your turn to shriek at the passage of time) for another month, but the rise of restlessness and quarreling among my smallest fry signaled to me that it was time for the tide to come back in. We picked up some dropped threads this morning—the Shakespeare speech they were learning in June (which I was pleased to see they remembered in full, so now I get to choose the next one); our German lessons; the study of ancient counting systems that Rilla is so enjoying. “Who knew I would be SO INTO numbers?”—/endquote.

And we began the second Penderwicks book. I had a different readaloud in mind but I was shouted down. “No offense to your choice, Mom,” I was assured. “It’s just…I mean, the Penderwicks.”

Huck is clamoring for a return to Poetry Teatime (our July Tuesdays were full of misadventure), so that’s tomorrow. And if the heat breaks, I’d like to get them doing some baking once a week. I miss baking bread. Ooh but also! A German bakery is opening in our neighborhood! I may be a wee bit excited.

I read approximately one zillion Mary Stewart novels in June and early July, and then I completely forgot how to read. No wait, that’s not accurate—I read two entire Jean Webster novels on the plane to and from San Diego. But I got home a week ago and I’ve been floating from first page to first page ever since, like a butterfly sampling nectar and not finding anything quite satisfactory. Which is ridiculous, given the size of my TBR pile, not to mention the queue on my Kindle. Hundreds of options. I keep pulling out stacks and then…not committing to anything.

I’ve been steady at art, though, and that’s not nothing. Drawing or painting almost every day, and quite a bit of embroidery. This topic requires pictures but I can’t be bothered just now, please understand. I’m trying my long ago (so very long ago!) trick of using a quick blog post (timer set for twenty minutes) as a transition between the homeschooling mom and writer-with-a-deadline parts of my day. I daren’t go a minute over.

But here—three people to visit for gorgeous needlework pictures and patterns: 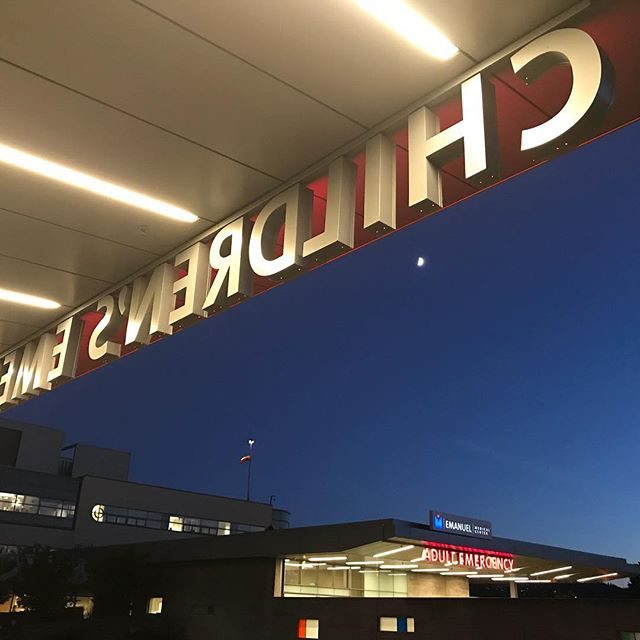 SO MUCH TO CATCH UP ON HERE! A children’s hospital stay, a San Diego trip, Comic-Con, oh my. But not now! I gotta work! But I wanted to share this thingie I made.

This morning I mentioned on Facebook that I was updating my boy’s medical one-sheet in preparation for a visit to a new doctor. This remark generated a flurry of requests for a shareable template. So I’ve put one together and stuck it on Dropbox. I’ll work on a Google Docs version later.

(I used to call this my Doctor Roster—some of you may remember when I thunk it up!)

How I’m navigating this 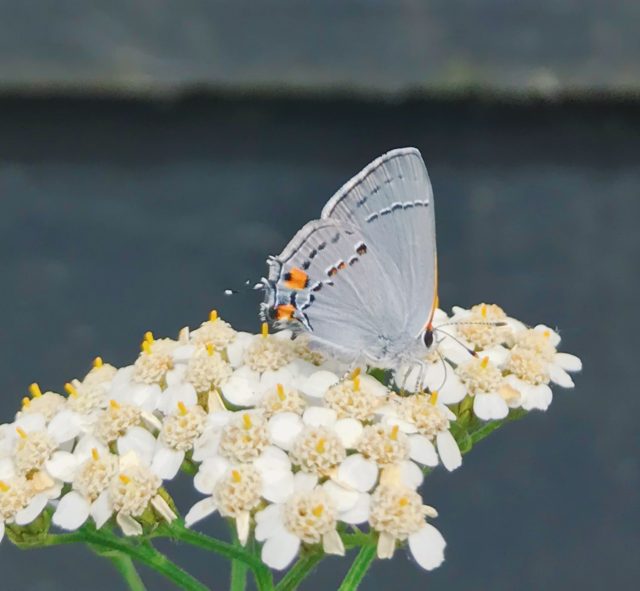 Heads up: A year’s subscription to Creativebug at half price! 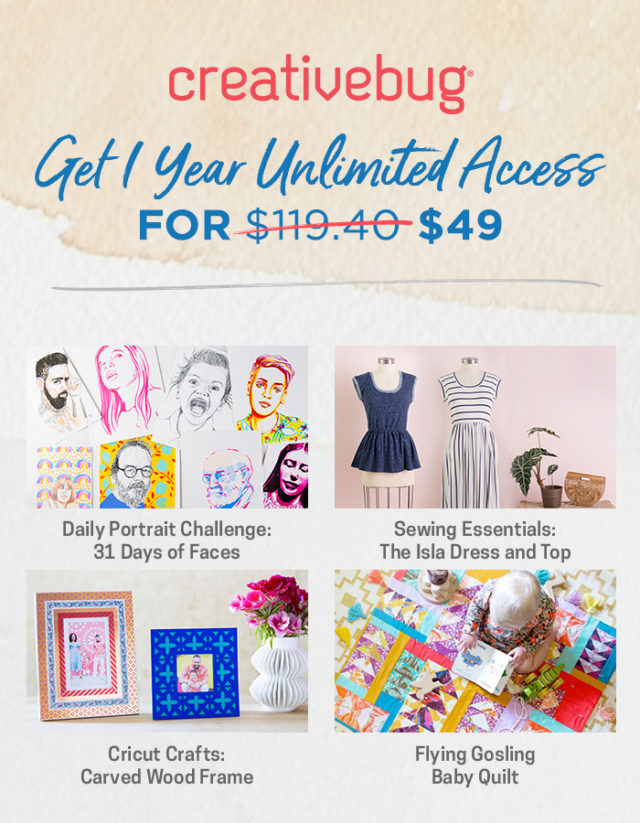 (Affiliate link but I’m a genuine Creativebug addict and this is a great deal.)

San Diego Comic-Con is a week away. Eek. It’s our first time attending as out-of-towners and BOY does that change the equation. Scott can’t hide at home until I call and say head over soon, we’re having dinner with so-and-so…And I will have to make painful decisions about which shoes to bring.

(Whichever they are, they will be Dansko. Dansko soles are the only way my feet can survive Comic-Con.)

(Somewhere, somewhere in this blog’s archives I have a pic of a drawing I made of my swoony red Dansko shoes. I went looking for it—in vain. Whatever I titled the image, it didn’t include the words “Dansko,” “red,” or “shoes.” But in my quest I did happen upon this post from 2012…and I’ve been sitting here laughing for ten minutes. Okay, y’all, THIS is why I blog. Remind me of this when I drop the ball again. This stuff is golden and I would NEVER have remembered.) 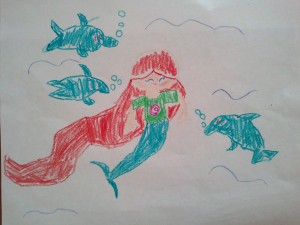 As I was writing the above, I heard a great outcry from the living room as all six of my offspring—and their father—yelled out at once. I dashed out of my studio to see what was happening. “OH NO, MOM’S HERE!” someone shouted. No, it’s not that I caught them (all seven) in some mischief. Turns out they were watching American Ninja Warrior…rooting hard for the guy on screen…and, well, my family does not tend to be superstitious, except where Ninja Warrior is concerned. It seems I’m a Ninja Warrior jinx. They all aver that if I enter the room, the person they’re rooting for gets knocked out of the race. I can tell you right now your “correlation not causation” arguments won’t faze them a bit. I’ve tried. Nope: apparently it’s all me—my mere presence in the room causes the person to fall off the giant twirly climby thing…at a taping some months in the past. THAT’S what kind of mojo I have.

Now if only I could muster this superpower on purpose… 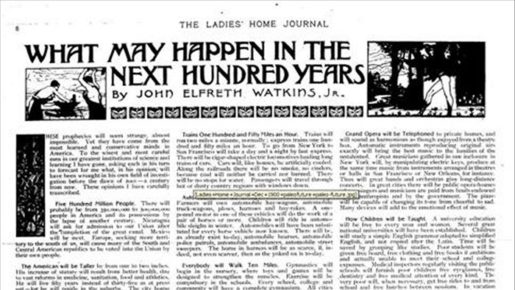 Highlights from a 1900 Ladies Home Journal article with predictions of what life would be like a hundred years later:

• “The American will be taller by from one to two inches. His increase of stature will result from better health, due to vast reforms in medicine, sanitation, food and athletics. He will live fifty years instead of thirty-five as at present – for he will reside in the suburbs. The city house will practically be no more. Building in blocks will be illegal. The trip from suburban home to office will require a few minutes only. A penny will pay the fare.”

• “There will be No C, X or Q in our every-day alphabet. They will be abandoned because unnecessary. Spelling by sound will have been adopted, first by the newspapers. English will be a language of condensed words expressing condensed ideas, and will be more extensively spoken than any other. Russian will rank second.”

• “There will be no wild animals except in menageries. Rats and mice will have been exterminated. The horse will have become practically extinct. A few of high breed will be kept by the rich for racing, hunting and exercise. The automobile will have driven out the horse. Cattle and sheep will have no horns. They will be unable to run faster than the fattened hog of today. A century ago the wild hog could outrun a horse. Food animals will be bred to expend practically all of their life energy in producing meat, milk, wool and other by-products. Horns, bones, muscles and lungs will have been neglected.”

• “Man will see around the world. Persons and things of all kinds will be brought within focus of cameras connected electrically with screens at opposite ends of circuits, thousands of miles at a span. American audiences in their theatres will view upon huge curtains before them the coronations of kings in Europe or the progress of battles in the Orient. The instrument bringing these distant scenes to the very doors of people will be connected with a giant telephone apparatus transmitting each incidental sound in its appropriate place. Thus the guns of a distant battle will be heard to boom when seen to blaze, and thus the lips of a remote actor or singer will be heard to utter words or music when seen to move.”

• “There Will Be No Street Cars in Our Large Cities. All hurry traffic will be below or high above ground when brought within city limits. In most cities it will be confined to broad subways or tunnels, well lighted and well ventilated, or to high trestles with “moving-sidewalk” stairways leading to the top. These underground or overhead streets will teem with capacious automobile passenger coaches and freight with cushioned wheels. Subways or trestles will be reserved for express trains. Cities, therefore, will be free from all noises.”

• “Photographs will be telegraphed from any distance. If there be a battle in China a hundred years hence snapshots of its most striking events will be published in the newspapers an hour later. Even to-day photographs are being telegraphed over short distances. Photographs will reproduce all of Nature’s colors.”

• “Hot and Cold Air from Spigots. Hot or cold air will be turned on from spigots to regulate the temperature of a house as we now turn on hot or cold water from spigots to regulate the temperature of the bath. Central plants will supply this cool air and heat to city houses in the same way as now our gas or electricity is furnished. Rising early to build the furnace fire will be a task of the olden times. Homes will have no chimneys, because no smoke will be created within their walls.”

• “Store Purchases by Tube. Pneumatic tubes, instead of store wagons, will deliver packages and bundles. These tubes will collect, deliver and transport mail over certain distances, perhaps for hundreds of miles. They will at first connect with the private houses of the wealthy; then with all homes. Great business establishments will extend them to stations, similar to our branch post-offices of today, whence fast automobile vehicles will distribute purchases from house to house.”

• “Ready-cooked meals will be bought from establishments similar to our bakeries of today. They will purchase materials in tremendous wholesale quantities and sell the cooked foods at a price much lower than the cost of individual cooking. Food will be served hot or cold to private houses in pneumatic tubes or automobile wagons. The meal being over, the dishes used will be packed and returned to the cooking establishments where they will be washed. Such wholesale cookery will be done in electric laboratories rather than in kitchens.”

And in the Isn’t It Pretty to Think So department:

• “A university education will be free to every man and woman. Several great national universities will have been established. Children will study a simple English grammar adapted to simplified English, and not copied after the Latin. Time will be saved by grouping like studies. Poor students will be given free board, free clothing and free books if ambitious and actually unable to meet their school and college expenses. Medical inspectors regularly visiting the public schools will furnish poor children free eyeglasses, free dentistry and free medical attention of every kind. The very poor will, when necessary, get free rides to and from school and free lunches between sessions. In vacation time poor children will be taken on trips to various parts of the world. Etiquette and housekeeping will be important studies in the public schools.”

There is a crack in everything

I can run no more
with that lawless crowd
while the killers in high places
say their prayers out loud
but they’ve summoned, they’ve summoned up
a thundercloud
and they’re going to hear from me