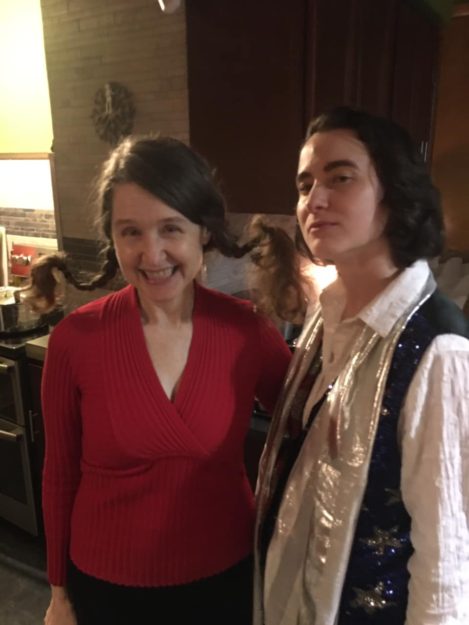 The news that Yahoo is deleting all the old Yahoogroups archives has rattled me a bit. It’s not a surprising decision, and I had no plans to dive back into those old threads and revisit all the things we said to each other when the internet was new; but there’s no small amount of dismay in the thought that all that history will blip away forever.

I was active on the internet for ten years before I started my blog. First: AOL boards—now all gone. Then: private listservs—now mostly wiped. Then: Yahoogroups—soon to be disappeared.

For the next ten years (2005-2015ish), I archived my own thought on this blog. If I made a contribution to the Great Conversation, I brought it back here and developed it. If I had a good idea, I recorded it here. And of course there were the booknotes, the kid quips.

Even after social media altered the pattern of blog discourse (comments happening on FB threads instead of in the comment box here), I stubbornly maintained my daily chronicle for quite a long time. It was work demands that crowded it out, eventually. I took on a lot of grantwriting work and boy did that dry up the blog! Ever since, I’ve struggled to find time after paying work for my own creative practice.

I have certain hacks that work very well for me, like the stitching habit I posted about yesterday. My morning poetry reading/writing time is probably my favorite part of the day. I sketch almost every day, sloppily, often as a transition to paying work. I set Downtime limits on my phone and religiously pick up my Kindle at night—the only screen I’ll allow. When I’m obeying my own rules, you know.

So the creative work does happen. (I don’t like my terms here: all my work is creative. The distinction is between creative practice—work I do for my personal projects, things that aren’t under contract and may never be, as well as books sold on proposal, when that applies—and work that pays my bills. When I say “creative work” I mean work I do that isn’t contributing to next month’s living expenses, but which I find fulfilling in other ways. Important ways!)

Yesterday I had to laugh at myself. I’d written that post about my Dropcloth sampler—wrote it in Slack and posted in on Instagram. Got annoyed with myself: it was a blog post! Why’d I give it to IG? Toyed a moment with the idea of just crossposting everything I share on IG to this blog, so I’ll have the archive at least (but how annoying for friends who follow me in both places). Thought: there’s gotta be an easy way to make that happen, an IFTTT applet or something. Opened IFTTT and remembered I’d already done it. I activated an Instagram-to-Wordpress app MONTHS ago. I set it to save the blog posts as drafts so I could go in and tweak or expand before publishing. There are dozens and dozens of drafts queued up. All those posts! That’s what made me groan and laugh at myself. What’s the point of a good idea if you forget you had it?

And now some of those drafts are old enough that anyone who saw them on IG will have forgotten them anyway…which means I have dozens of posts ready or nearly ready to share here. I’m going to try! If I forget, remind me, will you?

This post I’ve just written has nothing to do with the photos at the top. But they were the ones sitting at the front of the draft queue. So here they are, stuck in my own personal album! I went to a Halloween party with my crowd of singing friends (or singing crowd of friends?). Didn’t get a pic of my striped Pippi socks, but you’ve seen them in my witch costumes of years past. I’m always a last-minute costume assembler. We sang a lot of karaoke—that’s been one of the most amusing developments of my life in Portland: the necessity of having a couple of karaoke tunes in my pocket. (Current standbys: “The Show” by Lenka, “Stay” by Lisa Loeb, and “They Don’t Know” by Tracey Ullman. At the party on Saturday I felt brave and sang 99 Luftballons in German. An actual party trick!)

It amuses me to think of posts that have little or nothing to do with the formerly-Instagrammed photo stuck at the top. The scattershot approach may be my best bet at recording the multitude of things I’m, for whatever reason, driven to record. 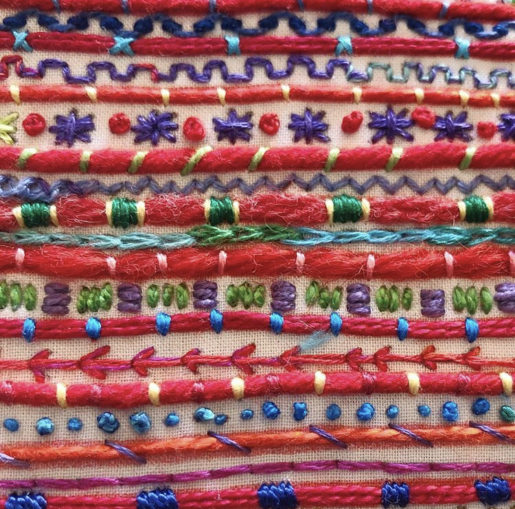 I like to use up all my spare bits of floss from other projects on this Dropcloth sampler. It’s one of several hoops that live in a basket beside my writing chair. I pick it up often to occupy my hands when I need to think about the work for a minute. I have magnets stuck to a tin candle jar that sits on a shelf in arm’s reach, and whenever I have a long tail of floss left in the needle after finishing a section of another project, I stick the needle to one of the magnets. That way it’s easy to grab one when I hit a tricky spot in whatever I’m writing. This red-stripe sampler has accompanied me for months—through the final revision of my novel, a slew of Brave Writer Arrow literature guides, a dozen poem drafts, and any number of posts. It’s my mental scratch pad! Every stitch represents a moment NOT spent scrolling a feed and killing my flow.

I think what I love most about this practice is that each bit of thread is tied to concrete experiences. I can glance at a row and recognize the color I was using up from another stitching project—oh look, it’s that flower petal!—and the work I was puzzling over when I added stitches to the row. It’s a kind of coded journal. Unintentionally, serendipitously. Turns out my best writing hack was a total accident. The happiest kind!

This flashback turned up in my FB memories today. Color me melted. 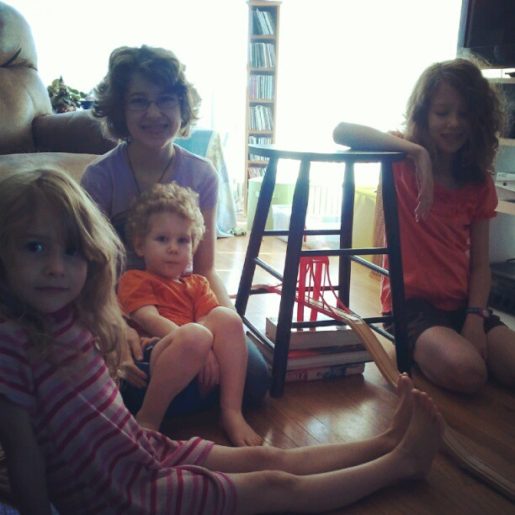 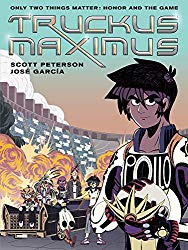 October 13, 2019 @ 8:42 am | Filed under: Current Affairs
I’ve spent three years groping for ways to talk about things that make us uncomfortable. We’re trained to be polite & avoid saying things that might cause loved ones to feel embarrassed or defensive. I’ve searched and searched for a way to address volatile topics respectfully.
Recently I encountered the following poem via Holly Wren Spaulding’s Patreon, and I was struck to the core by its opening lines, which express exactly what I’ve struggled and failed to find words for:

by Chase Twichell
What etiquette holds us back
from more intimate speech,
especially now, at the end of the world?
Can’t we begin a conversation
here in the vestibule,
then gradually move it inside?
What holds us back
from saying things outright?
We’ve killed the earth.
Yet we speak of other things.
Our words should cauterize
all wounds to the truth.

Yes. It’s a strange and twisted form of etiquette that prevents us from blunt honesty—a luxury, really, a kind of courtesy that can only be employed by people in a place of relative privilege. The closer the threat, the more urgent the need to speak out. Those of us who are reading about atrocities instead of experiencing them directly have the luxury of choice. Do we speak out, knowing it will upset people we care about? Make for some awkward gatherings? Cause friends to unfriend us?
Those are pretty low stakes, really. Yet that strange etiquette constrains us.
We have to be strong enough to speak. I don’t even mean “speak out”–I mean just plain *speak*. Have the hard conversations. Ask the earnest questions. Probe our own biases. Examine our motives. Interrogate our assumptions.
Here in this vestibule which is the only place I have daily contact with so many of you—if these algorithmed-half-to-death exchanges can be considered “contact”—I want to say things outright.
I want to say: If your values are conservative, how can you possibly support this administration? Why am I not seeing you cry out in the same way your liberal friends and relatives are crying out? Why are you not denouncing obstruction of justice, emoluments violations, executive overreach, and inflammatory rally rhetoric? Why are you not pressing your electeds to investigate misdeeds and corruption? Why do you trust Sean Hannity more than your own loved ones? Where are your voices on behalf of the vulnerable?
Just because I’m sometimes too cowardly to speak these questions out loud doesn’t mean I’m not always, always thinking them. Wanting to shout them.
My cowardice has to do with how I might make you feel. That’s a strange etiquette, indeed. An etiquette that allows corruption to flourish. People are dying today because we’ve been politely speaking of other things, or nothing at all.