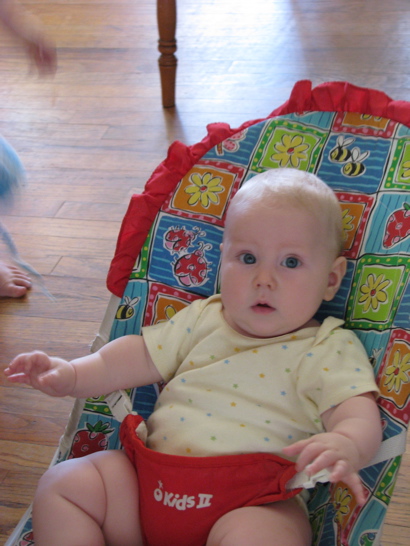 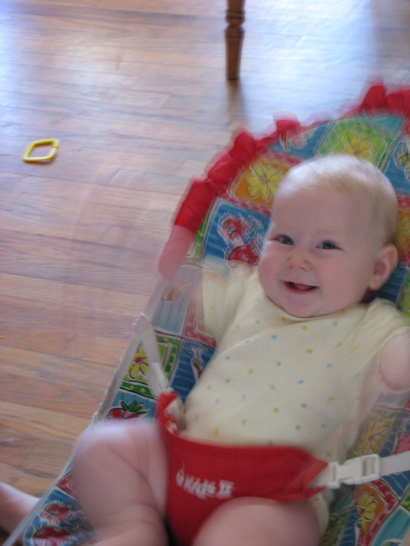 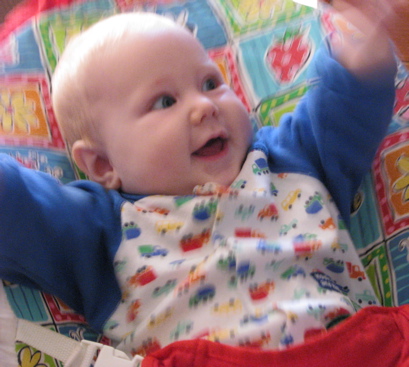 Gazing adoringly at his daddy, of course. 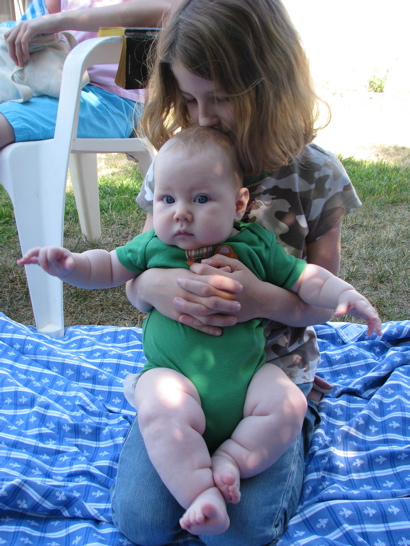 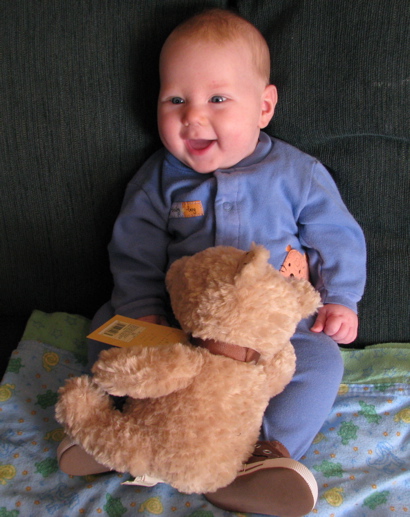 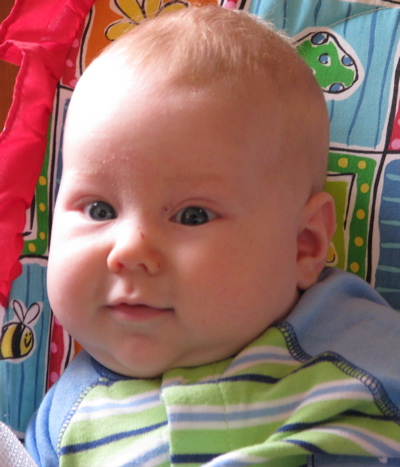 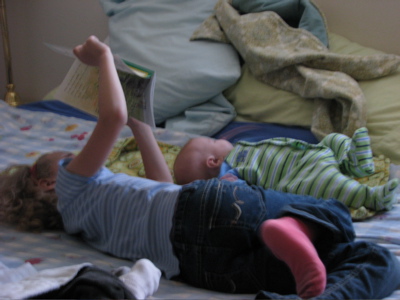 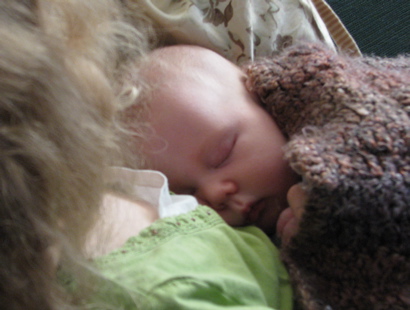 Until today, our baby has been (if I do say so) remarkably good-looking. He lost his newborn red-and-wrinkly look very early on, and has in fact looked altogether too mature—more infant than newborn—for my comfort. Slow down, I want to tell him. He doesn’t listen any better than time does.

Today he’s doing his best teenager impersonation. The baby acne is out in full force: Beanie was afraid he had measles. My babies always break out impressively around four weeks of age. (And, sob, Sean is in fact four weeks old today.) I remember when Jane was his age; even though all the baby books had warned me, I was shocked by the profusion of red bumps on her sweet little face. Still, the books said baby acne was normal; she was right on schedule for the temporary outbreak, according to all those authoritative tomes.

So I was not alarmed—until my landlady got a look at her.

“WHAT is WRONG with the BABY?” cried Mrs. Pappas, an earnest and dramatic Greek woman in her mid-sixties. She had raised four babies of her own, and the magnitude of her horror at the sight of Jane’s spotty face shattered my complacency.

“It’s baby acne?” I said, asking rather than asserting, though all the books had been so firm on this point. “It’s normal, right? For babies this age. It’s not supposed to last long.”

“Ah,” said Mrs. Pappas, nodding sagely. “It must be an Irish thing.” 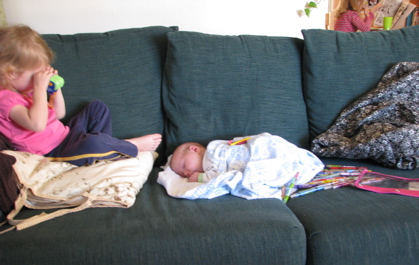 Despite the infant’s attempt to camouflage himself as a pack of crayons, the well-equipped observer may be able to spy him at close range. 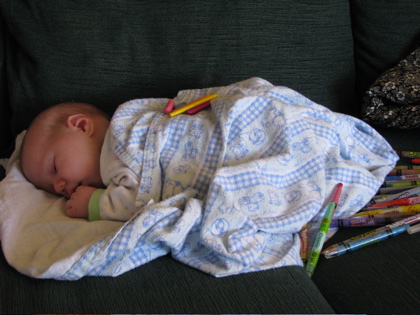