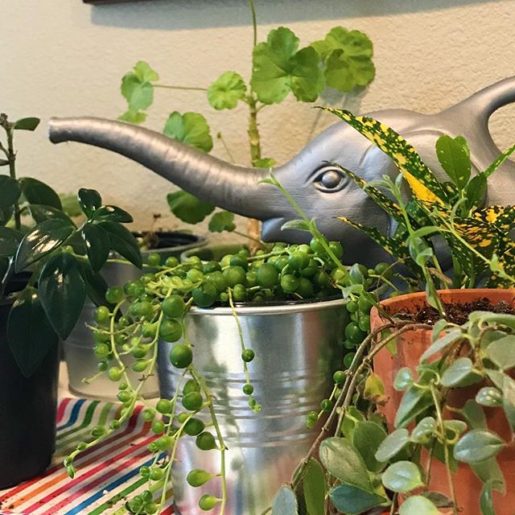 The sunrise was bonkers this morning. Huck and I watched its first faint tintings together, and then he went off to do his Huckleberry things and went back to writing—or trying to write—mostly I was watching the streaks of scarlet and coral paint spread across the sky. Just breathtaking. And…a minute earlier than yesterday.

Water vapor billowing off our garage roof as the morning sun melted the frost on its mossy shingles. The kids’ delight at our very own cloud machine.

Northern flicker at the feeder—hadn’t seen her in a few days.

Huck’s beaming satisfaction at his first cursive letters. His three careful lowercase t’s especially—the first looking rather like a capital A, the second nicely formed but floating in mid-air, and the third one darn near perfect. He’s been very critical of his (print) handwriting, so it was lovely to see him feeling proud of the accomplishment.

Belly laughs from my youngest two at the White Queen’s backwards antics in our Through the Looking-Glass readaloud. Six impossible things before breakfast!

Lunch with Scott and Jane before she (sob) heads back to California tomorrow. I was captivated by the large black-and-white photo of the restaurant (circa 1941) on the wall above our table. Careful pincurls; a fur stole and plush hat (at a diner counter!); the skinniest watch-strap I’ve ever seen.

A walk to the library with Scott. Crisp air, pretty clouds, and the best conversation.

A 94-point word in a game of Words With Friends (acolyte/as, triple letter on the C, triple word score)

These lines from “Day One” by Franz Wright:

…We should really examine
your life, the one you bought,
and what happened when you got home
and attempted to assemble it:

that disfiguring explosion
no one witnessed, no one heard,
and which you yourself cannot recall,
and by whose unimaginable light you seek
to write the name of beauty.