“She had the ability to write about herself and her friends in a way that preserves rather than destroys privacy, a gift so rare in our time that we may underestimate its importance.”

—from No One Gardens Alone: A Life of Elizabeth Lawrence by Emily Herring Wilson

(EHW’s introduction and footnotes to Two Gardeners are so engaging, and her affection for her subject so evident, that I absolutely had to read her biography of Lawrence. I haven’t even finished Two Gardeners yet; I’m savoring it slowly, you know; but I couldn’t resist peeking ahead at the biography.)

Notes from our morning—no, mornings; I meant to jot this first bit down yesterday and forgot. The older girls and I were all standing in the kitchen, chatting, when Rilla came running in from the backyard, barefoot, breathless, clutching a crumpled bag of goldfish crackers.

“You’ve got to see this!” she declared, eyes shining.

We trooped obediently out behind her.

“There!” She pointed skyward.

Two mourning cloak butterflies, whirling, chasing one another across the blue, weaving in and out among the inquisitive branches of the overhanging pepper trees.

They were lovely and tireless, a rich cocoa color with bands of creamy yellow at the edges of their wings. We all stood and stared for five, ten minutes, squinting against the sun. A mockingbird swooped to the top of the big Moreton Bay fig in the schoolyard behind our house and, all chuffed with pride, began showing off his repertoire. The mourning cloaks danced in complex figures, arcing, coasting, ruffling.

“This,” remarked Rilla, “is such a good movie.” She held out the bag of goldfish toward me. “Want some popcorn?”

Later she painted her rock that’s shaped like a turtle, a gift from my parents for her Roxaboxen. Then she asked me to read Winnie the Pooh, but we found When You Were Very Young instead, and I had to read “Rice Pudding” four times in a row.

But today we found House at Pooh Corner and I read about Eeyore’s house while Rilla did some more painting.

Wonderboy found our laminated map of San Diego, one of those cartoony ones with landmarks festooning it, and when I left the kitchen just now, he and Jane had it spread out on the floor, studying the highways, fingers pinpointing our neighborhood.

Huck is very much attached to a set of puzzle books featuring classic paintings of children and pets. Oh, and I think one of them may focus on food. One of these books is a treasure I gleaned from the giveaway pile at work way back before we had kids—I can’t believe it didn’t lose all its pieces years ago, but there seems to be only one missing,* and rumor has it even that renegade is hiding in a toy bin somewhere. Huck loves this book (a set of five or six small puzzles all bound up to look like a book, I mean) so dearly that Scott hunted down two more titles in the series. Puzzle Gallery, that’s what they’re called. (Oh, look, honey, there’s a Games one, too.)

*You just know that because I put this in print, every single other piece in the collection is going to fly into parts unknown tomorrow. 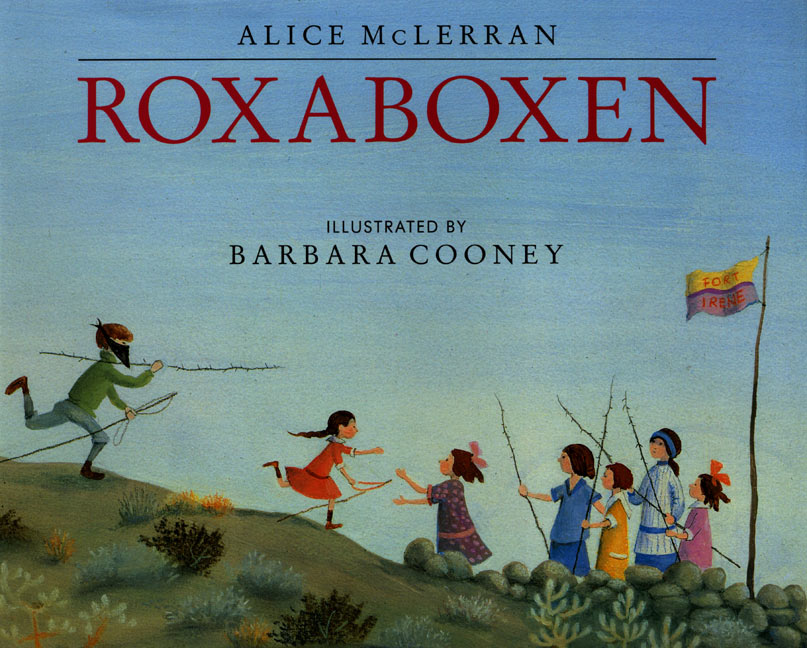 My plan for today was to read and to sew, so naturally I did neither of those things and spent most of the day in the garden. The weather demanded it. Perfect sun, perfect breeze. Rose and I moved a number of nasturtium seedlings from the back yard to the front; I keep trying to fill in a rather stark flowerbed right in front of the house, and nothing works. This is entirely because I am an inconsistent waterer. But also an optimist. This time, as all the times before, I firmly and deeply believe I will follow through and nurture those bitty seedlings to lush abundance.

At least this time, my unmerited faith in myself didn’t cost a penny. I planted a $1.49 packet of seeds in the back garden four years ago and they have multiplied enthusiastically. I’ve tried them in the front before, but it’s a sunbaked flowerbed that really wants to house succulents and cacti. So: I’m both inconsistent and foolish. But hopeful! These nasturtiums are going to be spectacular, I am certain of it!

In the back yard, I pruned a butterfly bush and the big cape honeysuckle to make a sort of archway leading to a nook by the back fence. Rilla and I read Roxaboxen yesterday, and you know what that means. (Hannah’s post reminded me that, like Miss Rumphius a while back, here was another beloved book Rilla hadn’t met yet.) She spent the afternoon painting rocks for edging a little house under the arching branches. I yanked out a mess of bermuda grass. Lots left to do—I completely neglected the garden last summer—but we made good headway today. She’s collecting dishes and stones.

I have only cut out half the squares for our Valentine’s blanket, but I did find the cord for the sewing machine today. Progress!

I’ve been enjoying (and shuddering at) all your snake stories in the comments. I have another one of my own to tell, but it’s long, and I have to scan some pictures. It’s a place story, really, but it’s full of snakes—the story and the place.

Oh, and Rilla finished my game of Oregon Trail for me. I hear my wife died—of snakebite!