• Some time back I pondered to what degree my reaction to a book was influenced by reading it on an e-reader—a book I downloaded via the Kindle for iPhone app ended (for me) abruptly, jarringly, unsatisfyingly, and I wondered how much that had to do with the e-reader’s lack of physical cues to let me know, subtly, that the tale was drawing to a close. In yesterday’s LA Times, Carolyn Kellogg addresses that question and gives the iPad high marks in replicating certain aspects of a proper book-book reading experience:

Of course, e-books are not physical books. On a Kindle, they aren’t even calibrated in terms of pages; rather, each screen of text is called a “location,” and a 300-page novel will have thousands of them, which makes it hard to keep track of where you left off.

The iPad, on the other hand, sticks with the more traditional designation and also indicates how many pages remain in whatever chapter is on the screen.

What this acknowledges is that there is a rhythm to reading: The first page of a heavy Harry Potter book promises 600 more; the thinning final pages of an Agatha Christie novel clue us in to the mystery getting sorted out. The iPad builds that into the e-reading experience.

(And to answer your many queries, no, I don’t have one yet—what I do have are three sets of braces to pay for. If anyone around here is getting an iPad, it’s our orthodontist.)

• I thoroughly enjoyed the rest of that butterfly book. In case you missed the update, though, let me note here that I added a word of caution to my nonfiction for teens post; the chapter about convicted butterfly smuggler Yoshi Kojima contains a bit of mature content. Parents of younger readers may want to preview that part. 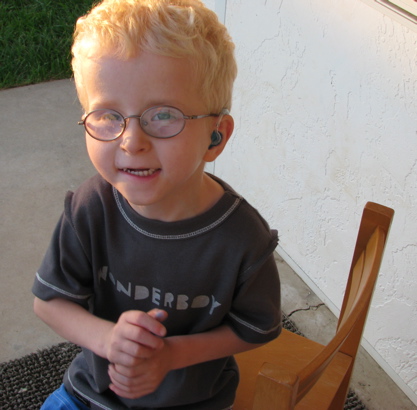