My current TBR stack. Stacks, rather, collected from around the house for one brief precarious moment. 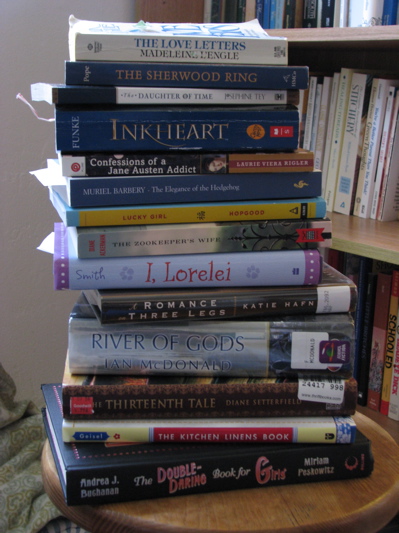 A mix of review copies, library books, kid requests (“You’ve GOT to read this, Mom!”), and titles gleaned from favorite bookish blogs like Semicolon and Mental Multivitamin.

Doesn’t it make your heart go pitty-pat? Such a comfy feeling, knowing there’s plenty to choose from the next time I sit down to nurse the baby…

(And how about my super-classy bedside table? Yes, that’s the top of a bar stool you’re seeing. This is what happens when you spend your money on books instead of furniture.)