Sunday in the Park with Spreckels

One of the many treasures of Balboa Park is the Spreckels Pipe Organ—the world’s largest outdoor musical instrument. San Diego employs a civic organist and offers free organ concerts on many Sunday afternoons throughout the year. I’ve been wanting to attend one ever since we moved here, and yesterday we happened to think of it just in time to catch the Christmas concert and community sing-along. The timing was perfect; my mother was visiting for the weekend. (She comes out for my birthday every year, which is the best possible present.)

We wore our new Christmas hats that my sister Merry made for us. 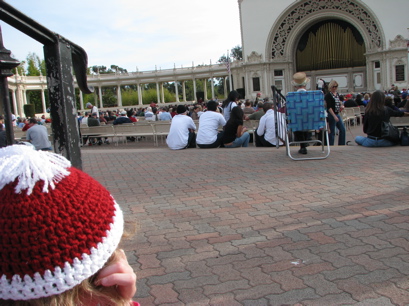 It was really too warm for them, but we were full of Christmas spirit. 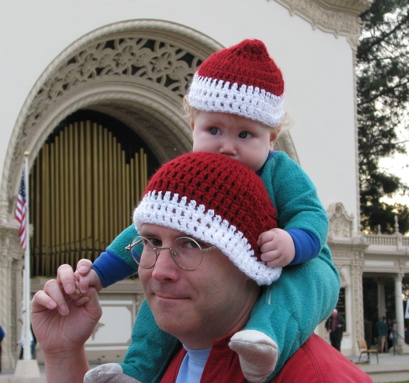 As were the many doggies who attended the concert along with enthusiastic carol-singers. 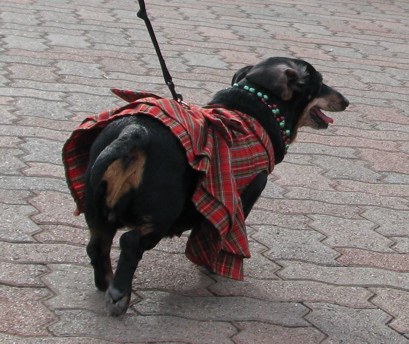 It was all very merry and bright. 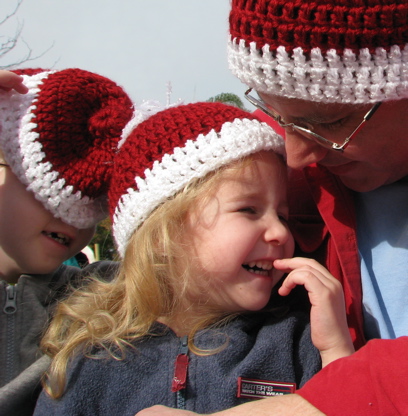 Possibly a little too bright. 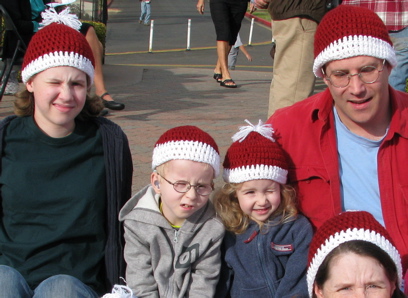 Our all potential Christmas card photos turned out to be outtakes. That’s okay because I’ve already abandoned hope on sending out Christmas cards this year anyway. 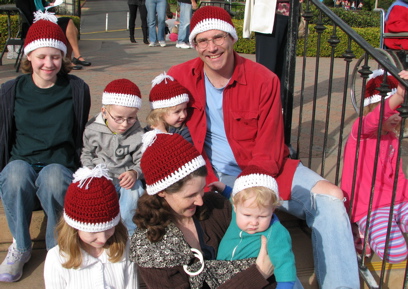 The best part was when the organist invited audience members to join her onstage for the carol-singing. We didn’t know we’d get to be part of the concert! Beanie, Jane, and I were eager to sing. The rest of the gang watched from the back of the amphitheater.

We thought of our snowed-under East Coast friends when we sang White Christmas. 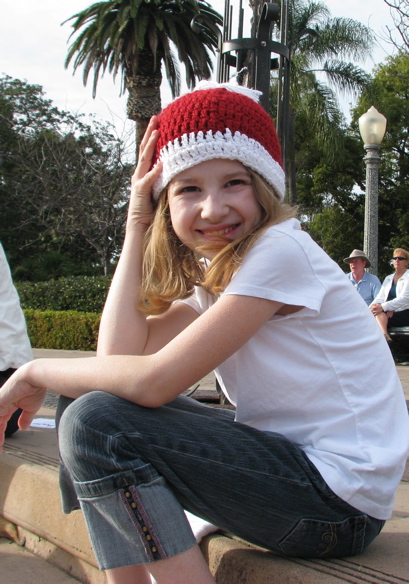 The best part was the final song—an enthusiastic and somewhat ad-libbed rendition of the Hallelujah Chorus. It is still ringing in my ears.

Methinks we have ourselves a new holiday tradition.

Thanks for the hats, sis!