More Victorian Stuff and a Note from Howard Whitehouse!

Another quickie post to record some fun learning moments from this morning…I seem to keep doing this lately, these kind of “here’s today’s rabbit trail” posts. Bit lazy of me; I have a separate blog where I (sometimes, sporadically) record these things. Somehow it’s easier to do it here. Never know whether it’s of interest to anyone but our own family, but I kind of like having the archive all in one place.

Anyhoo. We read about Luddites in Story of the World (we’re bouncing, lately, between that and Abe Lincoln’s World and Landmark History of the American People—I may have said this already; and also by “we” I mean mainly Rose and Beanie and me), and then, taking the excellent suggestion of kind Anne in the comments, we visited the BBC Schools website’s section on the Victorians. I had forgotten about this site, which has a smorgasbord of fun stuff. We spent a lot of time there back in Ancient Greece days. Today we mostly looked at the photos and illustrations pertaining to the rise of factories, especially the parts involving child labor. My lasses are fascinated by the contrast between their lives and the lives of, say, an eight-year-old coal-mine door-opener in the north of England, in the days before laws were passed that said you had to be at least ten years old for that sort of work, and could spend no more than ten hours a day at it. Beanie will be ten in just over a week; the notion of spending all daylight hours huddled in a dark coal tunnel caused her eyes to grow as large as if she had, in fact, done just that. Well, almost. 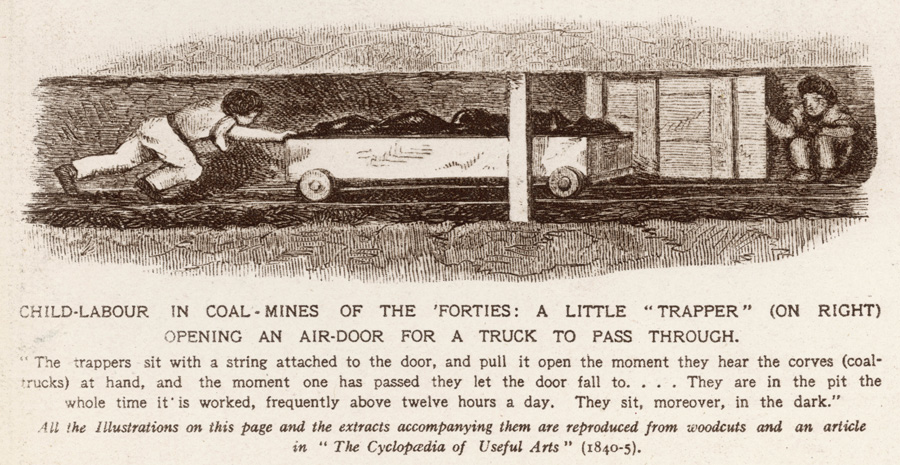 We looked at Victorian architecture a bit, too. And then squeezed in a chapter of Strictest School in the World before lunch.

Speaking of which! Fun news from the author, Howard Whitehouse, who kindly wrote me an email yesterday! He’s offering a very nice deal on the three Emmaline and Rubberbones books: His publisher, Kids Can Press, has made it possible for him to offer a limited number of inscribed, hardcover copies at a much reduced rate:

$5 USD each, plus actual shipping at media (book) rate by the post office.  A set of all three, inscribed to whoever you like, would be $21 including a very nice mailer envelope (!) delivered within the US. More outside, obviously.

The books are The Strictest School in the World: Being the Tale of a Clever Girl, a Rubber Boy and a Collection of Flying Machines, Mostly Broken (2006)—a Victorian prison break tale set at a boarding school involving flying machines and pterodactyls.

The Faceless Fiend, Being the Tale of a Criminal Mastermind, His Masked Minions and a Princess with a Butter Knife, Involving Explosives and a Certain Amount of Pushing and Shoving (2007)—in which a master criminal plans to kidnap lovable-yet-deranged Princess Purnah, with Sherlock Holmes, a Belgian Birdman, and an elderly dog.

The Island of Mad Scientists, Being an Excursion to the Wilds of Scotland, Involving Many Marvels of Experimental Invention, Pirates, a Heroic Cat, a Mechanical Man and a Monkey (2008)— where our adventurers are pursued madly, and a whole collection of Victorian scientists (some real, some not) are held captive.

Personally, I think those subtitles alone are worth five dollars apiece. 😉 We already own the first but I might take advantage of the sale to round out our set, and stash the extra copy away for a future birthday gift.