Just another day on the trail. 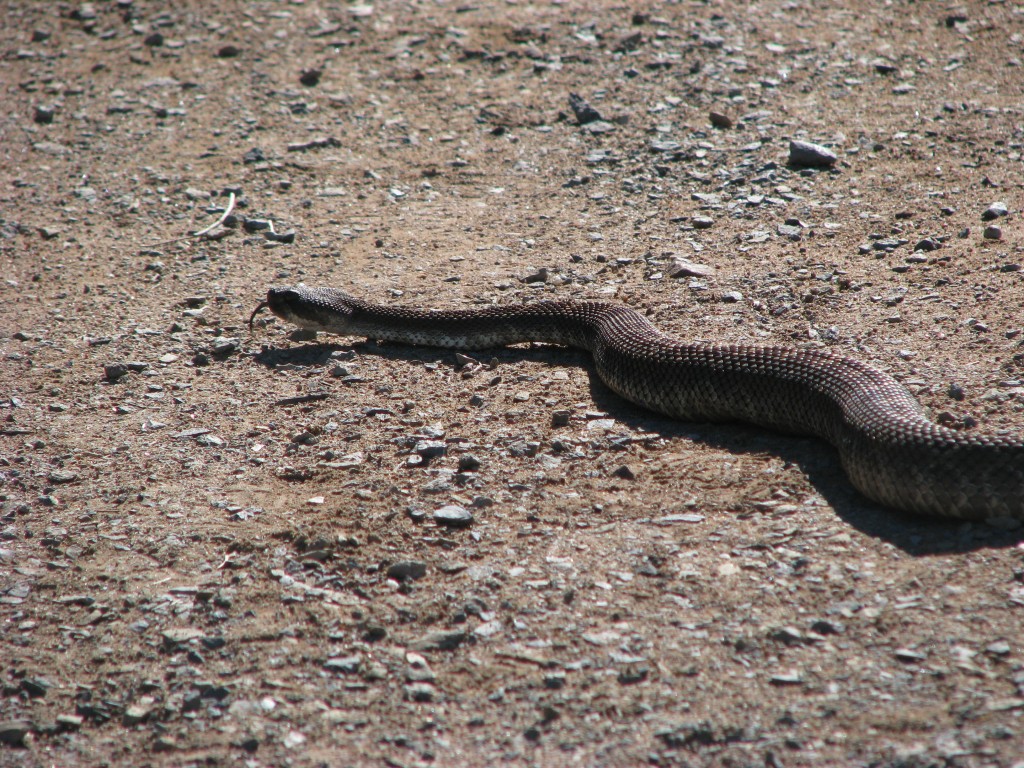 Well, today’s big event was the Rattlesnake Encounter, which becomes more epic each time one of us recounts the story. We were walking one of the trails at a local nature preserve—a wonderful place, all chaparral and low hills, where the wind smells like sage. Whenever I’m there (and it had been a long while since our last visit) I wonder why I don’t go every week. It’s my kind of landscape, those rocky, rounded slopes lifting up the blue, blue sky. I stand there like Heidi on her mountain, drawing deep breaths of the fragrant air.

Then something will happen to remind me why I don’t go more often, like OH SAY A RATTLESNAKE WILL APPEAR ON THE TRAIL THREE FEET FROM MY CHILDREN.

“I think we’ll just go back the way we came,” I said weakly. Suddenly the trail ahead, curving into a clump of trees, seemed spiked with hazards. Huck was squirming for freedom and there was no way I was putting him back down to run loose on that path.

So we came home and drank a lot of water and ate lunch and played Oregon Trail and weeded a flowerbed and I read two picture books to Rilla.

In Oregon Trail, I lost one of my children to cholera and another to dysentery. Which is ironic, since usually in that game it’s the snakebite that gets you. 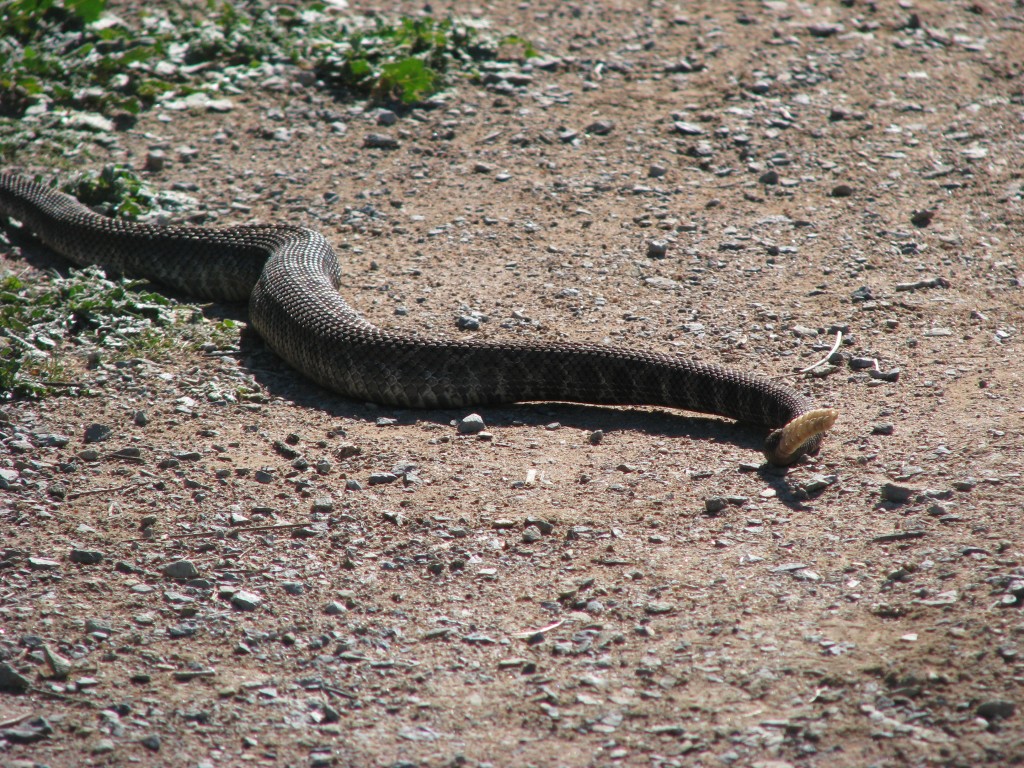