Scott thinks I omitted the most riveting detail of yesterday’s racklenake encounter, which is that all those day camp kids I mentioned—and their counselors—were wearing pajamas. 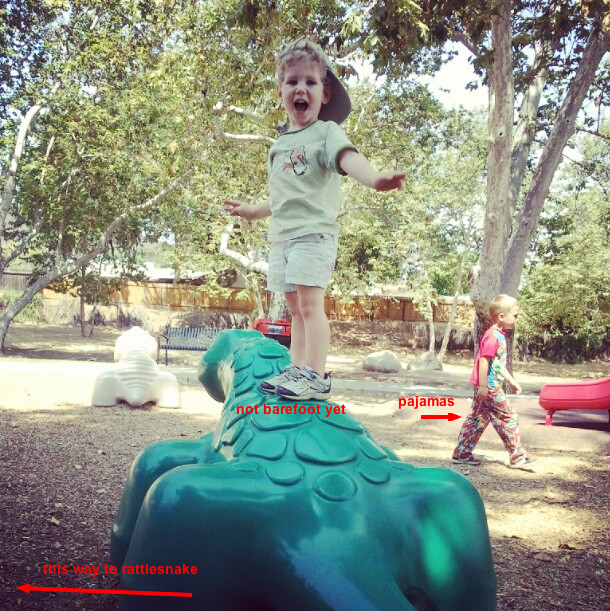 I like the foreshadowing in this photo. He warmed up by climbing on the park’s non-poisonous reptiles before leaping over the venomous one.