Things We Did This Week

Only some of them, you understand. Most of the game-playing and show-watching and walk-taking happens during my work time.

Wonderboy started back to school on Tuesday. That kicked the rest of us into—perhaps not high tide, but the tide coming steadily in.

We watched the first twenty minutes of that Vermeer documentary I posted a link to the other day. It’s riveting so far. The only reason we didn’t view the whole thing in one gulp was because I didn’t want to overwhelm the kids (especially Rilla, who was entranced) with too much information. We’ll take our time with it…a sort of Slow Reading philosophy applied to YouTube.

(“Master of Light” indeed! I learned a lot in that first third of the video—learned to see some things I hadn’t known to look for.)

Earlier this summer, Jane asked Scott to give her a course in the history of rock and roll. So after our busybusy July was past, he put together a playlist for her and commenced the seminar this week. All three of our older girls showed up for class. 🙂

Rilla learned a little Latin (dry-erase markers and a whiteboard continue to be a sure-fire way to ensure enthusiastic vocab practice…ditto colored chalk and a little slate). And I love getting to dip back into the stories her sisters loved at this age. The Sword of Damocles went over like gangbusters. And the “Albion and Brutus” opening chapter of Our Island Story, which she’s heard before but likes because mermaids! 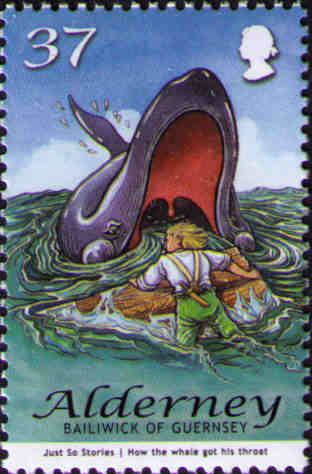 Which made it extra fun when “the white-cliffs-of-Albion” showed up in our Just So Stories pick today—“How the Whale Got His Throat.” I’d forgotten that bit, and my Mariner of infinite-resource-and-sagacity was an Irishman until he mentioned his natal-shore. Hasty accent-change required. At the end of the tale, Rilla peered closely at the grating the Mariner had lodged in the Whale’s throat (you didn’t forget about the suspenders, did you?) and commented: “So that’s why whales eat krill. They’re filter-feeders.” I’d been prepared to launch into an exploration of baleen, but I’m informed Octonauts beat me to it.

I was then required to read “Dingo! Yellow Dog Dingo!” (exclamation points very much a part of the title), which is how she refers to “The Sing-Song of Old Man Kangaroo.” Try as I might, I can’t make that inordinately proud creature sound remotely Australian. Gotta step up my game.

(Tangent: upon reflection, if I absolutely-please-don’t-make-me HAD to choose one single storybook for all future readalouds, I do believe I’d go with the Kipling. Playful language, magnificent vocabulary, surprising and amusing narratives, magnetic subject matter, sense of humor, discussion-fodder, colorful locales, magic, and crocodiles. You really can’t go wrong.)

Let’s see, we also spent some time with this book: Assembling California by John McPhee, the fruit of my hunt for something to satisfy the local-geology itch created by our drive to Denver last Month.

First chapter quite promising. Begins at Mussel Rock off the shore of San Francisco, and dropped us right into the San Andreas Fault. Perfect. Then of course we wanted to see Mussel Rock for ourselves. YouTube obliged with this gem:

Those lingering shots on the uneven pavement of the parking lot, and later the cockeyed houses on a San Francisco street, really bring home the reality of shifting plates. And from McPhee we learned that the science of plate tectonics is quite new! Just barely older than I am.

Rilla is learning “The Walrus and the Carpenter” by heart. She had the first three stanzas down last spring but we forgot about it over the summer. She likes to practice when we’re walking around the corner to pick Wonderboy up from school.

There were other things…the visit to the Mammoth and Mastadon exhibit at the Museum of Natural History on Monday (and a carousel ride, mustn’t forget that), and the hopeful rescue of some withering veggies from our sunbaked garden. We relocated the cukes and canteloupe, and both tomato plants, and a poor, parched blueberry bush. Something’s quite different in that corner of the yard this year. Everything’s struggling. Or maybe it’s just that I’m off-season. I don’t usually do much out back during the late-summer months. January’s when my garden really perks up and starts producing.

We’ve got loads of monarch caterpillars, though. And goldfinches galore.

Rose got her ears pierced. Jane and Wonderboy and I cleaned out a Staples. Her college pile is growing.

Well, I can’t think what else. Oh: Huck’s picture-book picks were Open This Little Book and The Napping House. I finally read The One and Only Ivan, and cried and cried.