“What a thing it is to have an unruly family!” 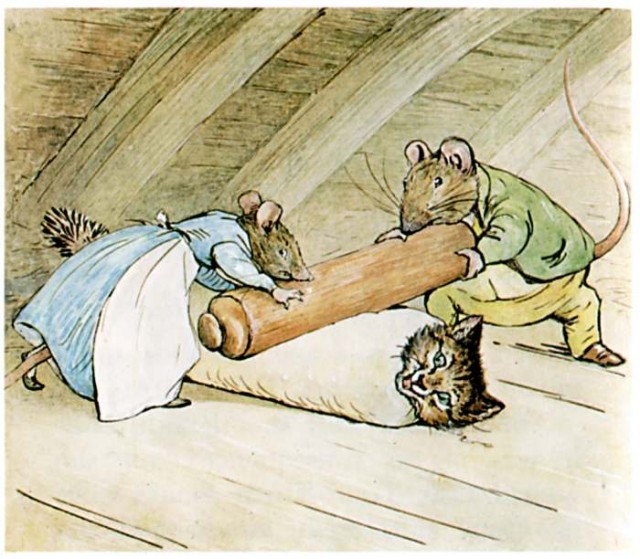 I’m enjoying these daily booknotes even more than I expected to—it’s the least taxing writing I’ve done in a long time. I’ve said before I like talking about books more while I’m reading them than after I’ve finished, and doing it in these slapdash daily notes is less pressure than a monthly or weekly roundup. Also it makes me realize how much I actually read. Because sometimes weeks will pass without my finished a whole book, I’ve had a sense lately that my reading has dropped way off from where it used to be. But it hasn’t really, not when I’m counting (and why wouldn’t I? why haven’t I?) all the things I read to and with my kids in the course of a given day.

Early morning. Instead of turning to Middlemarch, I found myself sinking contentedly into Howards End instead. Gee, I wonder what put that particular book in my head? I love Forster—his prose at once crisp and dreamy, which is an impossible feat. I don’t know how he manages it. He’s a cipher. And a realist. Anyway, I got as far as the Beethoven concert, the goblins walking quietly over the universe from end to end. Bit wrenching to lay that aside and rise to the imperatives of contact lenses and lost Lego men.

Mid-morning, with the girls. Another small chunk of Wormwood Forest. The buried villages. Where are the poems? There must be reams of poetry about them. Probably in languages I can’t read.

This poem (it’ll be obvious by now that we’re reading through the Poetry 180 selections in order): Ron Koertge’s “Do You Have Any Advice For Those of Us Just Starting Out?” I’m trying not to talk about these too much, not unpack them, just let the girls sit with them. We’re doing so much heavy-duty analysis in our other poetry studies (Shakespeare’s sonnets at the moment), talking technique and all the rest of it. I don’t want to overwork poetry for them, to “tie the poem to a chair with rope /and torture a confession out of it” as Billy Collins describes in the very first poem of the 180 series.

They begin beating it with a hose
to find out what it really means.

I hope we haven’t beaten Shakespeare and Marlowe with a hose, but certainly we’ve poked and prodded them, ruffled their hair, measured the size of our hands against theirs. And so to balance it, we read these other poems, one a day, and I try very hard to sit there with my mouth shut.

After lunch: More Howards End Is on the Landing. I wonder if any of you laughed at me yesterday when I said I wasn’t going to make lists of the books she rhapsodizes about. Of course I’m going to make lists. Or else I’m just going buy this book, which I got through interlibrary loan. Of course I’m going to buy this book. I could blog my way through it, reading all the books she’s reading, like Julie and Julia only even more meta. And with less aspic.

I’m having an ongoing conversation with Susan Hill in my head. She shocks me sometimes. She mentions in passing a book “about Australian aborigines, in whom I had then, as now, little interest.” I gave her such a look! How can you not be interested in a group of people? How can you say such a thing, and mean it, and in print!

Early afternoon. Spent a long time poring over our Beatrix Potter treasury with Rilla. I much prefer the small single editions, the original miniature size that is so just right for stories about mice and rabbits. But this big battered old collection is wonderful too, and she wanted to page through it and talk over all the stories, the ones she remembered and the ones she didn’t—it’s been at least a year since it came off the shelf. Halfway through is Roly-Poly Pudding and, well, there’s no paging through that one, you have to stop and read it. The “unruly family” line I quoted above made her laugh so hard. Potter’s genius shines here—who else would enfold a naughty, sooty kitten in dough and have a couple of rats roll him with a rolling pin? I love how full of antiheroes her tales are, too. Practically no one behaves himself.

Will close with another quote from the Susan Hill book. (I found an excellent OCR app that can take a picture of print and turn it into editable text! You can paste it into Evernote or an email, straight from your phone.) Here Hill herself is quoting a 1904 Atlantic Monthly essay by Thomas Wentworth Higginson called “Books Unread”:

The only knowledge that involves no burden lies…in the books that are left unread. I mean, those which remain undisturbed, long and perhaps forever, on a student’s bookshelves; books for which he possibly economized and for which he went without his dinner; books on whose back his eyes have rested a thousand times, tenderly and almost lovingly, until he has perhaps forgotten the very language in which they are written. He has never read them, yet during these years there has never been a day when he would have sold them; they are a part of his youth, in dreams he turns to them…He awakens, and whole shelves of his library are, as it were, like fair maidens who smiled on him in their youth and then passed away. Under different circumstances, who knows but one of them might have been his? As it is, they have grown old apart from him; yet for him they retain their charms.