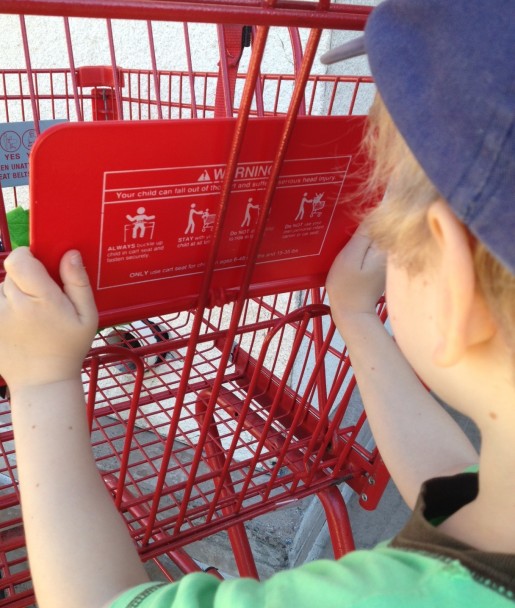 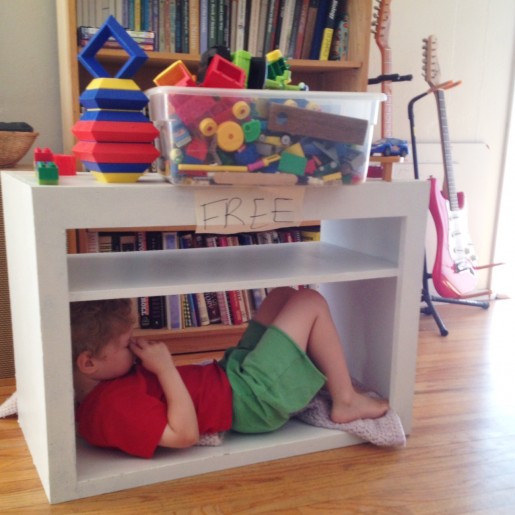 Contrary to appearances, we are not giving away our youngest son (and all his toys, to boot). The neighbors put out this shelving unit and we thought it might be just the thing to replace our sagging makeshift TV stand. We stand corrected. What it is JUST THE THING for is setting up a shop, of course. What were we thinking? The Legos and Wedgits are being offered in lots ranging from  “small pile” to “big pile” to “treasure.” When business is slow, you can fold yourself into your house and take a nap.

TV stand. ::snort:: What nonsense adults come up with sometimes. 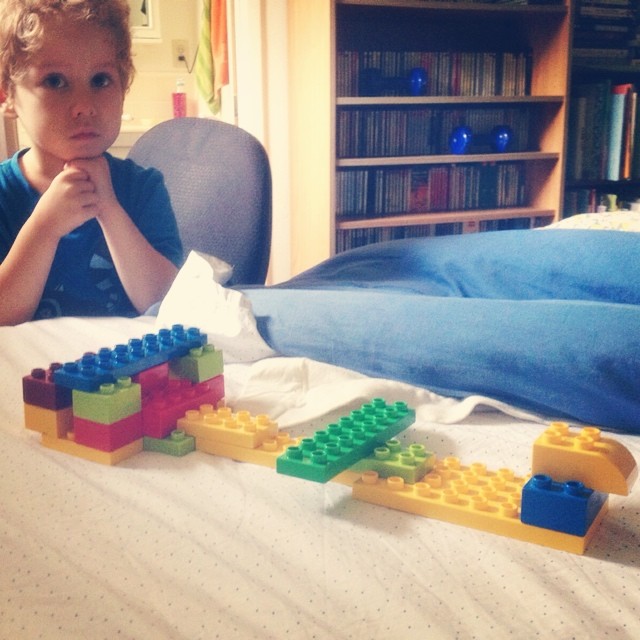 He takes his work very seriously.

It Must Be the Colorful Hats

It never ceases to amuse me that Dot Paints are some of Huck’s favorite toys. Not to paint with—to play with. 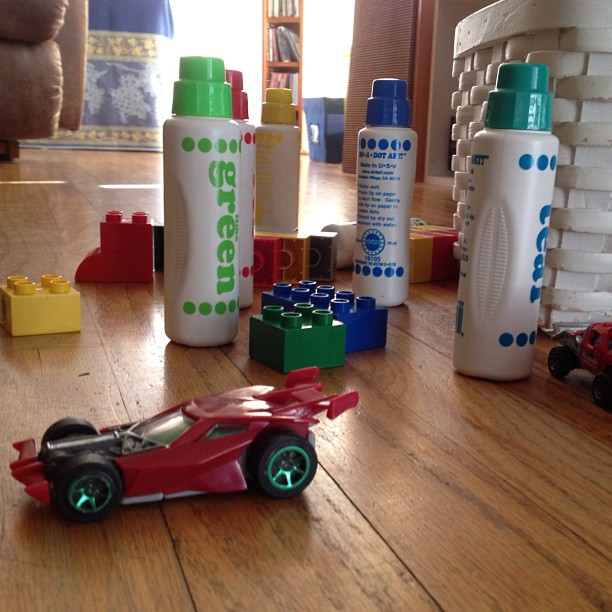 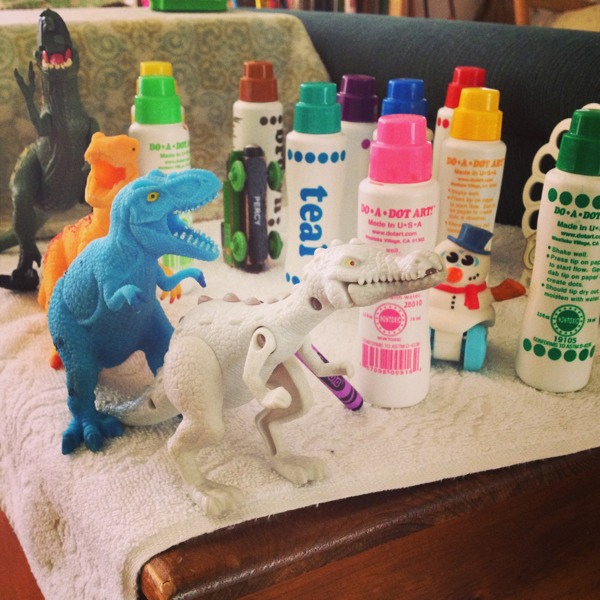 Did it have heffalumps?

Huck staggers out, sleep-rumpled. His first words of the day: “What does woozy mean?”

Me: “It means you feel dizzy, like you might fall over. Is someone woozy?” (Peering anxiously past him to see if one of his sisters is ill.)

Tags: these would make a great flipbook