And here we are in August.

I was going to say July was a month like we’ve never had—on the road almost the whole time—but I remembered that’s not true, of course; three summers ago the kids and I spent three weeks on that cross-country trip from San Diego to Virginia and back, and a few years before that was the grand expedition to our new home, which also took the better part of a month. I guess that’s our pattern: hardly any travel for three or four years, and then something epic. 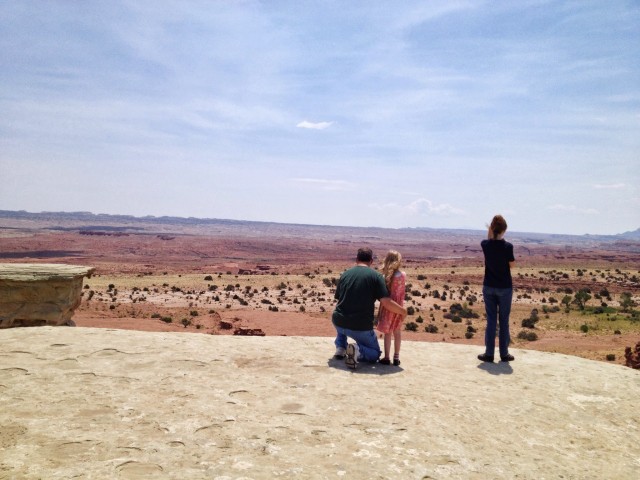 We drove through Utah and across the Rockies to my parents’ home in Aurora, Colorado. Spent the 4th of July in St. George, UT, where our hotel parking lot afforded a view of six separate fireworks displays across the valley. Spent hours goggling out the van windows at spectacular scenery: so much beauty none of us remembered to read the books we’d brought, or to fiddle with the iPads. 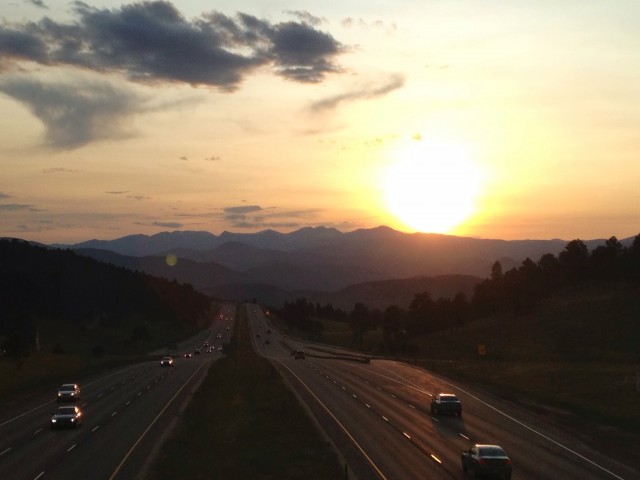 Spent a week in Colorado visiting with my old friends and family. A whirlwind week, full of chatter. At the tail end, I gave three talks at a homeschooling conference and (so very marvelous) spent a series of evenings sitting up late with my pal Karen Edmisten and her husband, whom it was high time we met in person. A very good week. A full week, capped with a wagon ride to a buffalo herd on the prairie I love so much. 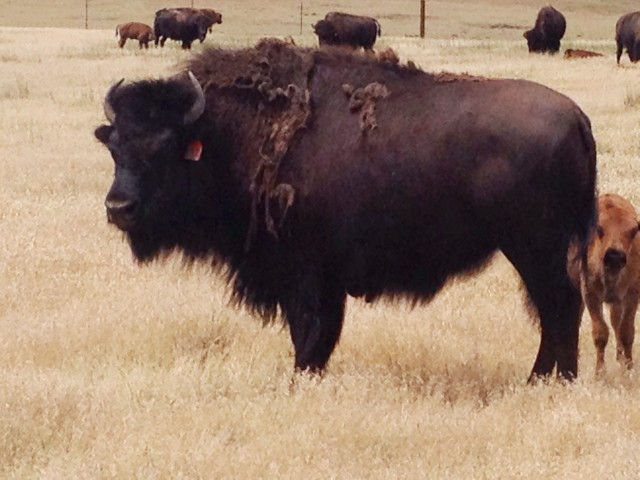 Then we drove home just in time for Comic-Con. Had a family playdate with Jenni Holm and her gang—one of our favorite families on the planet. Spent the next four days in the usual blur of crowds, meetings, lunches, dinners, late nights gabbing at the bar. More good time with faraway friends. These conversations with our writer and artist pals are why I love conventions. That, and the panels—I’m an oddity there; few of my pro friends spend much time at other people’s panels, but for me it’s a highlight of the summer. This year I hit Graphic Novels and the Common Core (illuminating; perhaps more anon); Graphic/Prose Hybrid Works (delightful, and dangerous to my reading list); Today’s Kids’ Heroes…and Why They Don’t Wear Capes (featuring my hubby, among other stellar panelists—a most excellent discussion); and a Prismacolor Shading Workshop, which included to my delight and surprise a handful of Prismacolor brush pens and markers. Heaven. 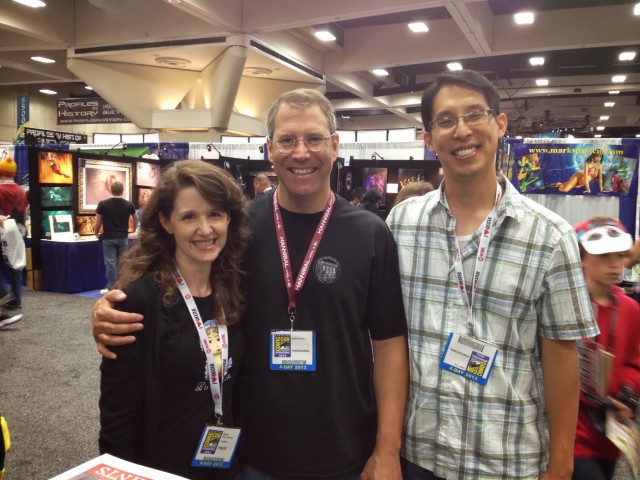 And then! Because that wasn’t enough! The college I attended for my freshman and sophomore years—before it was sold out from under us and we all had to transfer—has never had a reunion, for obvious reasons. Until last week. A number of my theater classmates converged in Denver, and Scott and my mother conspired to send me back out for the fun. The photos tell several thousand words of that story. I’m so glad I went. 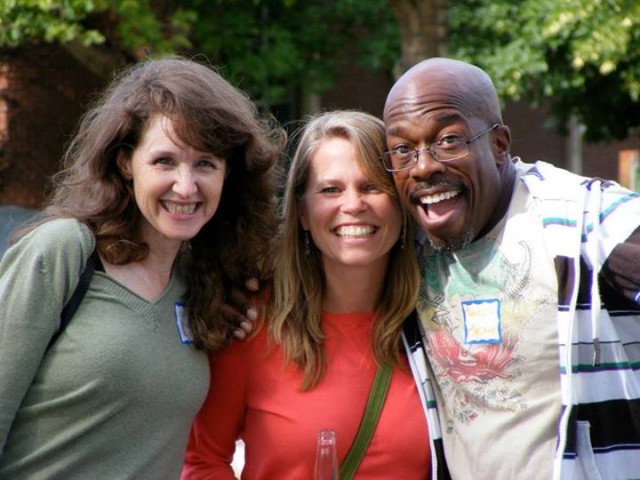 All of it, each day of July, merits a post in itself. But here I am back at home, slipping back into routine, and I find that mostly I want to write about my garden. It suffered less than I expected during the month of neglect, but still there’s a lot of cleanup to do. I’ve spent the past two days digging out bermuda grass and planting a few new natives in the butterfly garden. And the new veggie garden is in. Pole beans, cucumber, cantaloupe, tomatoes (I had one good plant in already and expected to find it withered upon our return, but instead it was green and happy and loaded with ripe tomatoes!), strawberries. I’ve ripped out a lot of ice plant and took at least a dozen cuttings off a geranium gone haywire. The red rose bush and the yellow one each presented a single blossom upon our return. The salvia was limp as old lettuce, but perked up after a good soaking. The goldfinches are having a field day with some giant dandelions gone to seed in my absence. The scrub jays have returned to their favorite perches, where they harass us until we’ve filled the birdbath. Home sweet home. 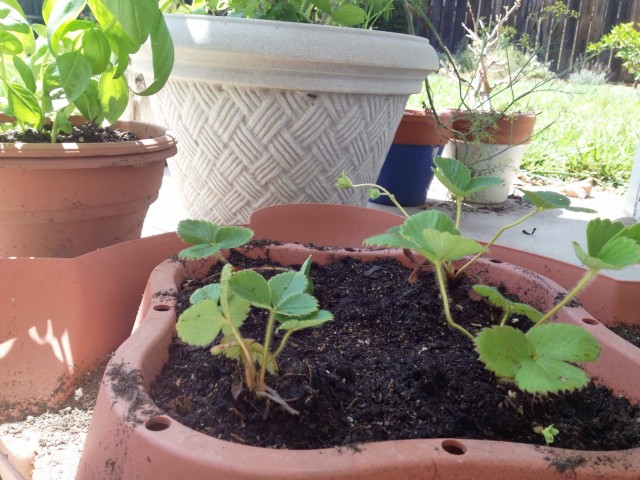 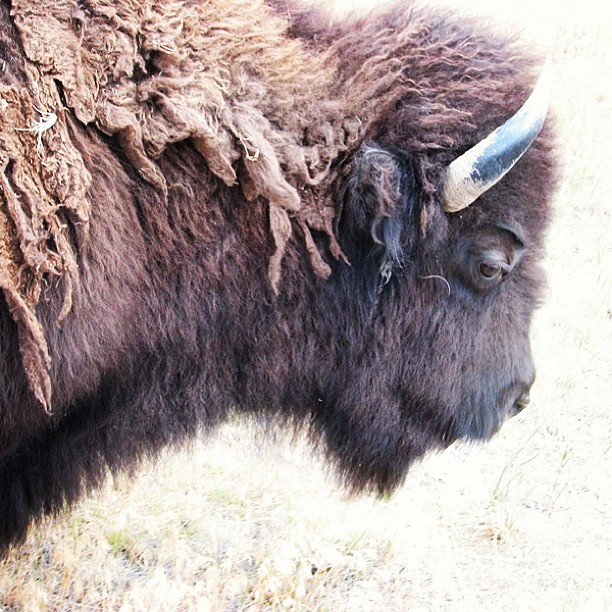 —from “Buffalo Dusk” by Carl Sandburg
Happy to say they’re not, in fact, gone for good. 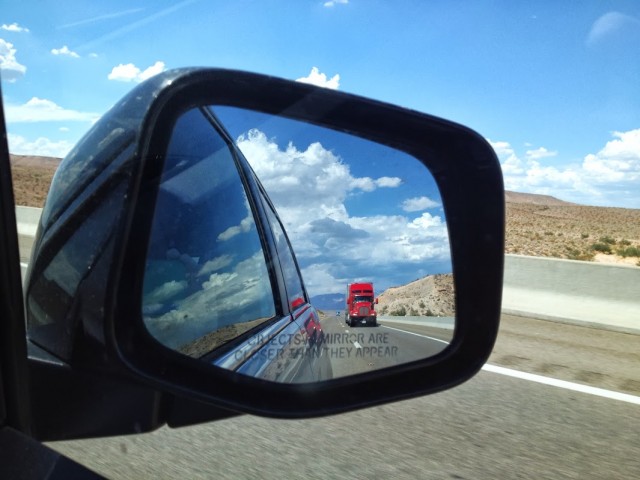 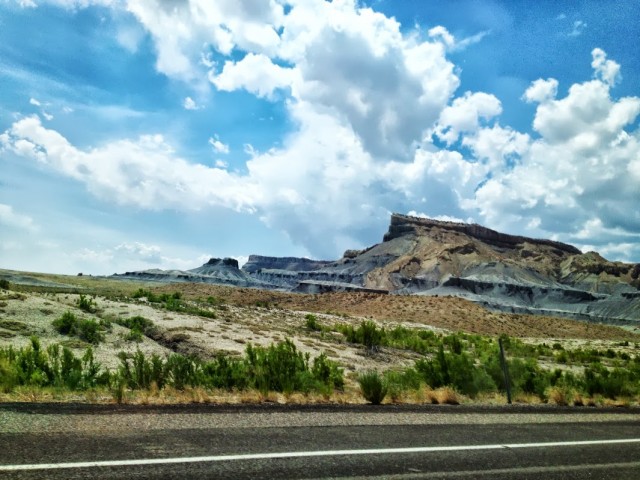 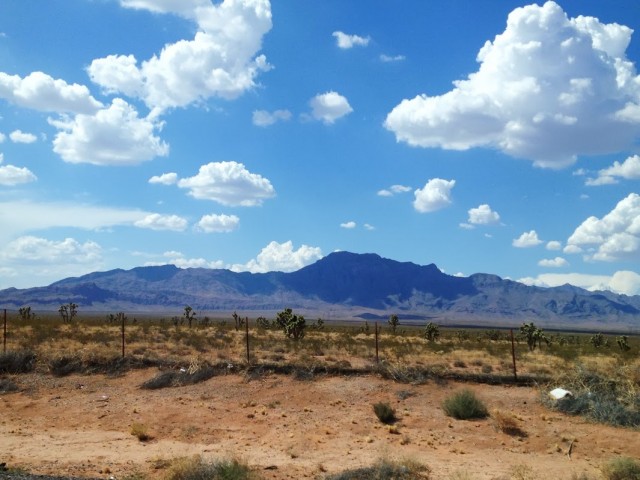 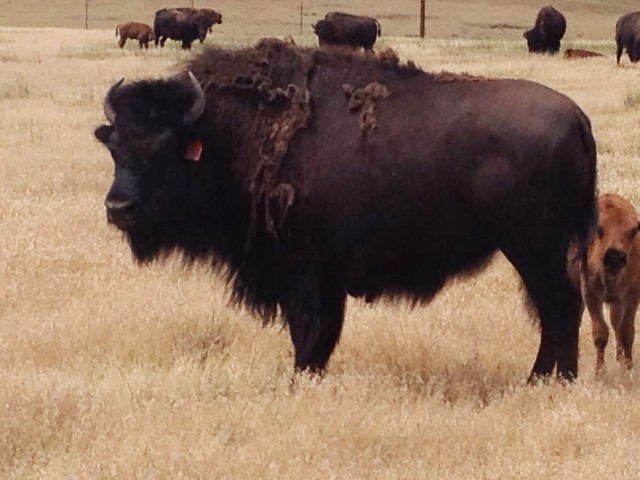 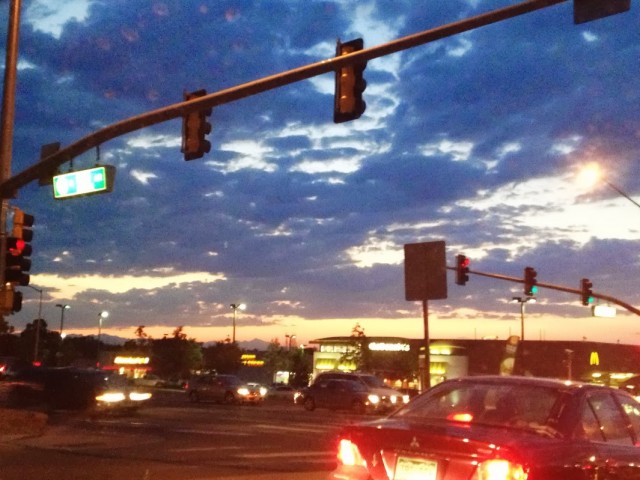 What I Did on My Summer (Working) Vacation 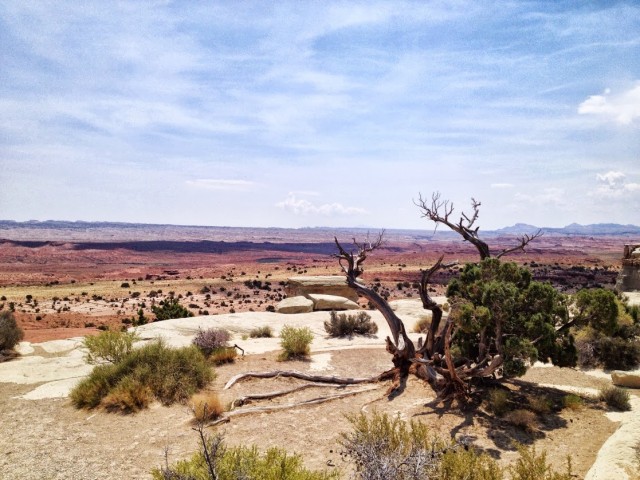 Marveled at the Utah desert, among other things.

(More later. Lotta unpacking to do. And SDCC starts tomorrow!)