Applying my best parenting advice to my own self 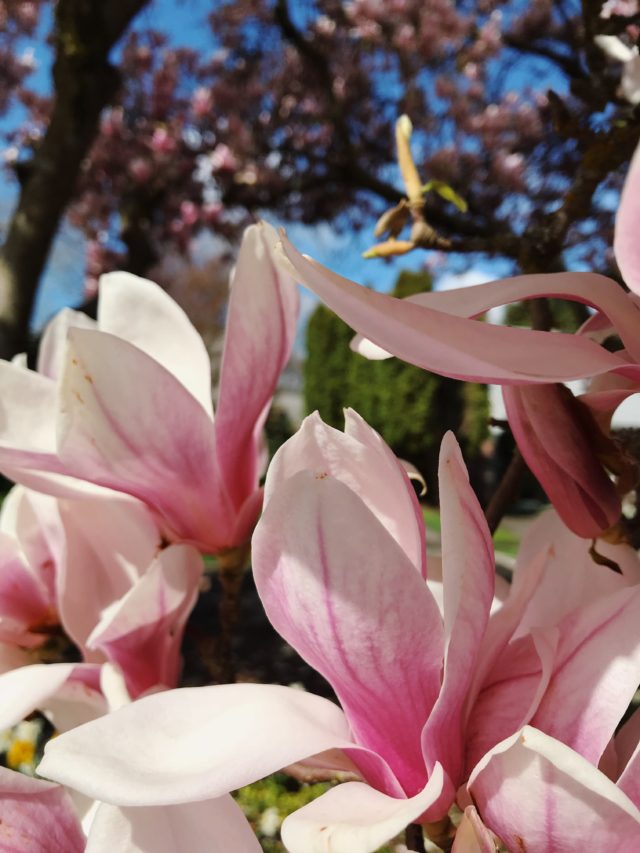 People say parents should strive to “give our children what we needed but never had”, and that is well intentioned, but wrong.

We as parents need to give ourselves what we needed as a child now (reparent ourselves) and give our children what they need now (not what we needed).

And I burst out with a delighted laugh, because moments earlier, I had scrawled in my notebook: I need to Rule-of-Six myself.

Long ago and far away, I wrote a post here on Bonny Glen about the six elements I tried to make sure were a part of my children’s days.

• encounters with beauty (in art, music, nature);
• encounters with living books
• meaningful work (not busywork, but work that makes a real contribution to one’s mind, one’s home, or one’s community);
• imaginative play; and
• big ideas to ponder and discuss.

That’s five. The sixth was prayer, which I would frame differently now, fifteen years later, as meditation/contemplation/white space. Time outside the hustle of time. Time apart from the barrage of stimuli that has become 21st-century life. Time to sit (or walk, or stitch, or garden) in quiet thought.

After this past year, I think I’d add a seventh ingredient to my recipe for a good day: connection with others—something I certainly took for granted back then, in my years of lively inter-blog discourse, and daily breakfast phone calls with Alice, and nature club and Shakespeare Club and Journey North club and group piano classes. How different life is now, rolling into this pandemic’s second spring! Huck and Rilla take piano lessons via Zoom, the same platform on which most of my face-to-face connecting happens these days, in daily afternoon coworking sessions and occasional friend-group meetups.

Avoiding the temptation to overload

In the days when the Rule of Six post was traveling to other homes, it was often tweaked and adapted to fit a family’s individual priorities, which I loved to see. One oft-added item was “exercise,” which I hadn’t thought to include in my vision for my own kids because they were young enough that movement was as ubiquitous as breathing, no matter what they were doing. I see myself moving to add it to the list now, and I hesitate, hand hovering over the page, because I recognize the fine line between enough and overload. Even the urge expressed above to add connection with others risks opening the floodgates to a host of other daily aspirations and habits. I have always had a hard time not including All the Things on any list.

A helpful distinction is to understand the Rule as something separate from habits (a topic I also loved to explore in discussions on this blog, back in the day, and with which I remain fascinated and even professionally involved). This past year, I gave a lot of focus to cultivating certain habits—exercise being one of them. It’s perilously easy for me to overload myself with lists of habits I mean to develop, so that over and over I have to remind myself to return to core principles: one simple habit at a time, worked at faithfully for weeks until it becomes automatic. When my children were small, it was easy to allow habit-building a long and gentle timeline: they had their whole lives stretched out before them! With myself, it’s harder to be patient.

My old Rule developed out of core values. It began, of course, with Charlotte Mason’s notion that a child should have, every day, “something to think about, something to do, and something to love.” And so I find clarity when I view the items on my Rule list as principles that inform good habits, not habits themselves. The ways in which I (or my kids) encounter beauty shift and change over time; the kinds of meaningful work each of us engages in have changed many times over the years.

And I can see the ways I’ve worked to create habits that support the Rule’s principles, like coaching a child through the formation of a habit for a household chore like taking out the recycling (a kind of meaningful work: contributing to the pleasant atmosphere of the home). I have lots of habits and practices to support my own “meaningful work,” like take a walk between lunchtime and writing time; or write down my top three work priorities each morning. From time to time I have to re-establish good habits around reading (poetry before screens, or no phone in bed) to ensure that “encounters with living books” doesn’t disappear from my list.

And so, as I contemplate my growing sense that I need to Rule-of-Six my own self, I have to keep remembering to focus on the core principles, the containers, not the granular habits that support the principles.

Why this strong urge to revisit the Rule?

I think my old Rule leapt back into my notebook because the pandemic’s limitations and stressors have, inch by inch, shoved me into a space that feels alien and incompatible, like when Mrs. Which accidentally tessered Meg & co. to a two-dimensional planet for a moment, and their lungs couldn’t expand. Perhaps that’s overstating—the essential elements on my list are present in my life, say over the span of a week instead of a day—but still, I’ve been feeling restless, yearning, nostalgic.

I’m off balance: way too much work (meaningful though it may be) and not nearly enough white space. Encounters with beauty: easy, because Portland is a fairyland in spring, and spring lasts for months and months here. But “encounter” becomes too shallow a word when I put it in the context of “encounters with art”—to simply scroll Instagram is to encounter so much deeply beautiful art that I can’t take it in, can’t fully appreciate it. I think back to the time I spent two full afternoons in one Barcelona museum, even though it meant not visiting some other sites. I gave myself time to stand quietly in one room and taste the paintings, not brush past them like people on a subway platform.

And so I remind myself that “encounter” meant a close encounter, a slow one, a deep one.

Carrying my Rule into spring

I can see the ways my ideas have ripened, matured, since I first put it into practice. I can see ways that it has slipped right off my radar as a mother—things I came to take for granted, as givens, or as items on a checklist. Revisiting the Rule nourishes me and reminds me of the core values that inspired it in the first place.

I think connection is important for me to include because it reminds me to step outside myself and make sure I’m letting ideals become actions. And of course connection is a word of immense significance to so many of us who homeschool, whose understanding of education is centered on helping facilitate connections of all kinds for our kids.
Jocelyn Glei urges us to actively schedule time for white space (thinking/contemplating/daydreaming/staring out a window/praying/meditating) immediately after a focused “deep work” session. It’s an intriguing notion! And a wise one. If I meander out to the garden after a writing session, roadblocks I hit in the day’s writing have a way of dissolving into the air. But too often, too often!, I rush directly from a writing session to some other kind of work. In my earlier Rule of Six days, I had an abundance of white space that was organic to life in a household of littles—nursing a baby, or sitting on a blanket at the park, physically tethered and mentally free to roam.

If I apply the Rule to myself, it will spill over to my family

Core principles are infectious. If you’re making space for pondering and discussing big ideas, you’re going to be discussing them with other people—most especially the people you live with. If I’m having a close encounter with something beautiful, I can’t help but share it.

The practice of the Rule itself used to provide an opening for discussion, in the days when I would ask the questions at bedtime: where did we encounter beauty today? Or: tell me about the game you were playing in the back yard. At one point I had a side-blog where I recorded our answers and my own observations. At other points, I chronicled them in a Small Meadow Press notebook or on Listography. Just writing that sentence fills me with longing!

I love the feeling of longing because it spurs me to action. And no action could be simpler than returning to my old practice of spending a few minutes at the end of each day sifting through the day’s activities and seeing where they fit into my Rule.

Do you have a practice like this? I’d love to hear about it.