Maybe I Shouldn’t Have Said It

I took the kids to the San Diego Museum of Art today, for Free Tuesday. Admission to the various museums and gardens in Balboa Park is free one Tuesday a month on a rotating basis. We plan to hit them all, eventually.

To our delight, we arrived to discover the museum is hosting an exhibit called Giverny, featuring canvases by several well-known Impressionists who came together to form a little artists’ colony in the rural French village of that name. We met Monet in person for the first time today. I had goose bumps. I’ll write more later about the paintings we saw today. I have lots and lots to say about our outing, but for now I’ll just tell this one story.

We stopped by the museum gift shop on our way out. It’s long and narrow, and the free-Tuesday crowd was clogging the aisles. I parked Wonderboy’s stroller in a nook by the door where no one would trip over him, and I left Jane to keep watch over him while I bought a few art postcards. The register was in the middle of the store where I could keep an eye on the kids while I stood in line.

On the whole, they were being pretty patient, I thought, and well-behaved. But Beanie reached out to touch something on a shelf and Wonderboy let out a screech. He can be quite strict with his sisters. He had seen me issue instructions not to touch anything while I was in line. Thus the screech.

Two women happened to be passing behind me at that moment, and one of them rolled her eyes at the other.

“Why do people let their kids scream like animals?” she muttered.

I couldn’t help it. I had to say something.

I turned to her with a big bright smile. “That animal,” I said, “is DEAF. He’s doing the best he can.”

Her face blanched, and she choked out an apology as she hastened past, hurrying far, far away from the poisonously sweet mother of the screeching animal. I’m pretty sure she hid in the back of the store until I left. Poor thing; she had a long wait, for the line was long.

Okay, so maybe it was a cheap shot. In truth, his shriekiness probably has more to do with his being a high-strung three-year-old than his being hearing impaired. And yes, he’s only partly deaf. Medium deaf, if you will. Not all the way deaf.

I just get tired, sometimes, of how intolerant our culture seems to be of little children. I feel like I’m always shushing my brood, reining in their high spirits. I love to take them places, love piling in the car for another adventure in nature or art or history, but there can be so much tension in the role of the mom who is on don’t-annoy-anyone alert.

They are obedient and pleasant children. We get plenty of smiles and compliments when we’re out and about. We also get lots of stares, and sometimes frowns. If you’re walking behind us on a narrow path, we’ll try to get out of your way because I know we can be painfully slow to be trapped behind, but I can’t always pull it off. My stroller wheels stick, and I’m preoccupied with keeping Beanie from walking every wall like a tightrope and Rilla from picking my pocket from her perch in the sling. And whoops, there goes Wonderboy’s sippy cup under the stroller. And Jane wants me to look at a new species of butterfly she just spotted. And Rose requires a detailed explanation of exactly why we couldn’t buy the $60 framed print we fell in love with in the store.

Of course I know it does. I’m not really angry about what that woman said. “Like animals” stung a bit, perhaps, but I know words like that cannot have been uttered by anyone who has walked ten steps in my shoes. And I don’t know what her own shoes feel like. Perhaps she has bunions.

She certainly does not have my screeching, high-strung, hard-of-hearing animal, who sees me taking off his baby sister’s clothes at bedtime and trots off down the hall to fetch her pajamas, unasked, chuckling with the joy of the task, and delivers them with a kiss for the baby and another for me. She does not have those skinny arms around her neck, that gaptoothed grin, those busy little fingers flashing and twisting to shape words in accompaniment to that funny, nasal, charming, tuneless singing.

One woman’s animal, another woman’s heart. 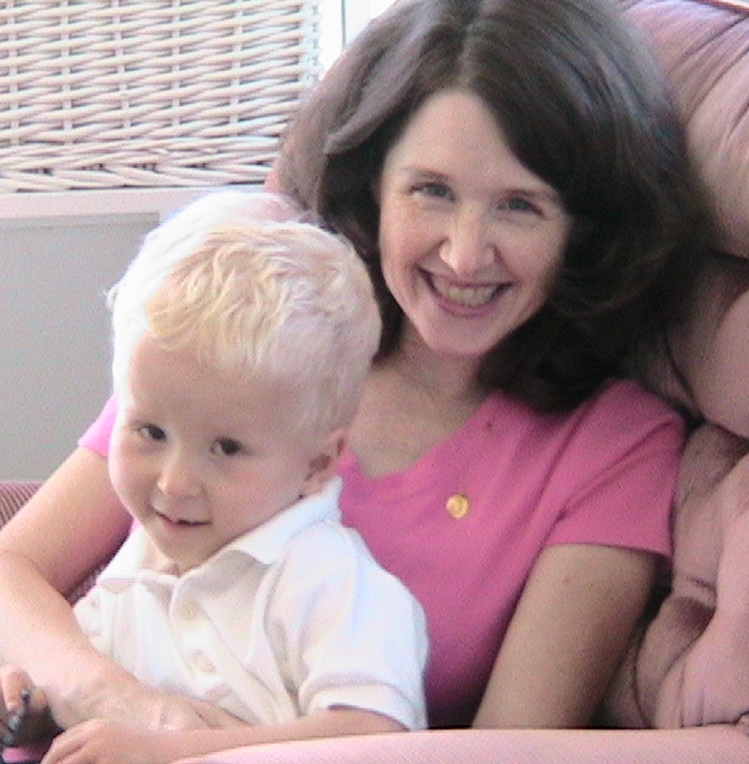