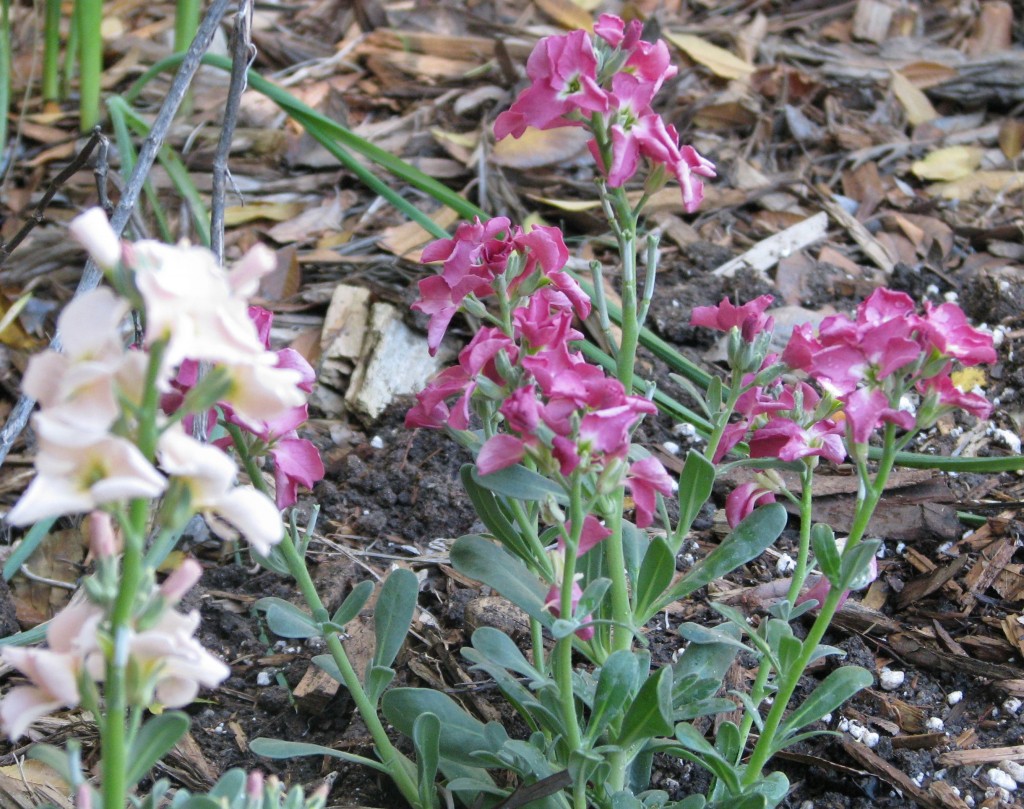 I spent most of the day in the garden, most of yesterday too. I found some old bricks and used them to lay out one end of a small raised bed for our veggie patch this year. We’ve planted banana peppers, onions, and cilantro from starts, and there are seeds to go in tomorrow: carrot, butterhead lettuce, and radish. I’m not sure anyone in the family cares much for radishes, but they grow so quickly and are fun to harvest. Oh, and we’ll plant a few beans. We buried a couple of seed potatoes this afternoon. Will I ever cease to marvel at this climate? February was always the longest, hardest month back east. My children love snow (those who remember it), but not I. 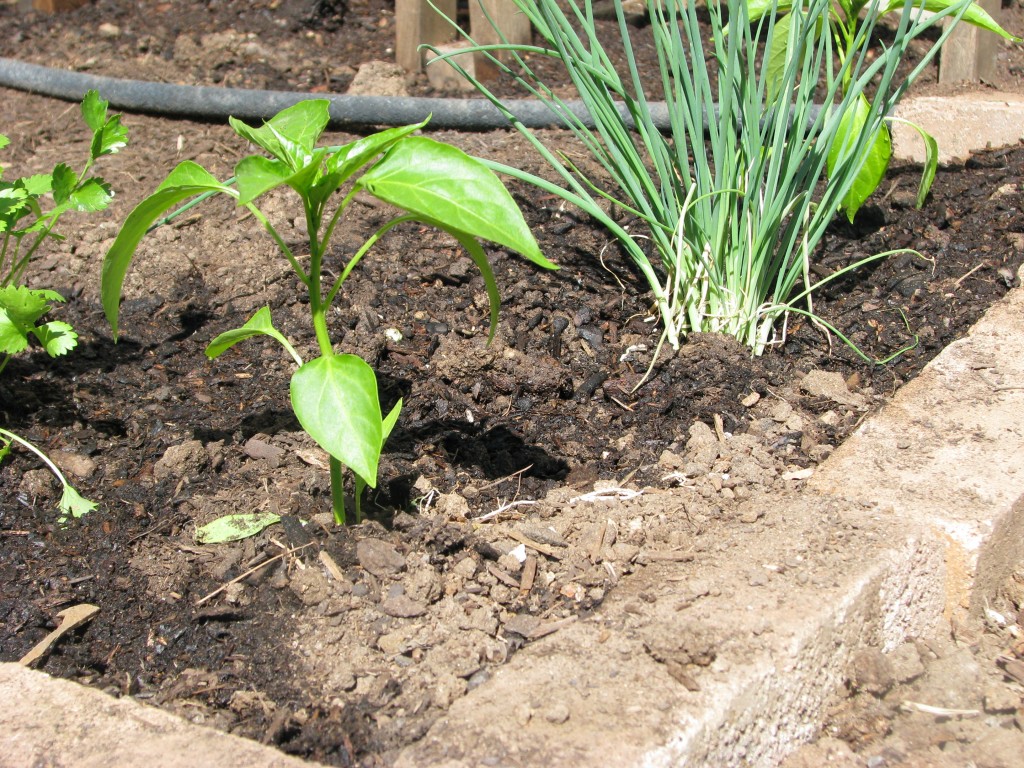 Saw our first monarch of the season today! Alas, it made two passes around our yard and fluttered on by. My milkweed has buds but isn’t open yet, and may not bloom at all—it’s horribly infested with little yellow bugs I thought were a particularly squicky kind of aphid, but now I’m doubting. We recruited an army of ladybugs, who munched dutifully for a while but have now flown home to check for fires or something.

Bees: a respectable number, but not the legions we hope to see when the salvia blooms.

I took a million pictures today but none of them came out. Ever since I dropped it on the street during Comic-Con, my camera is reluctant to focus. 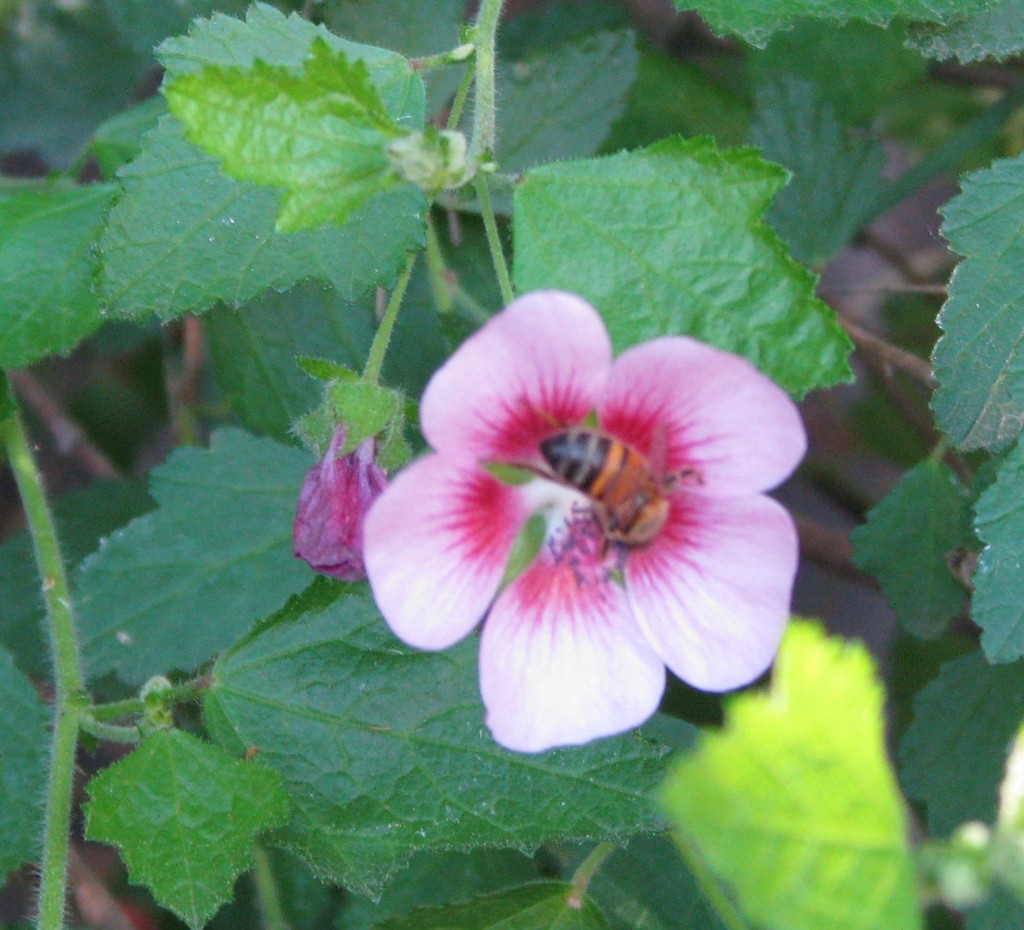 Bloom notes, mostly for my own reference. I like to poke through my archives and compare…

This list staggers me. I say that every year but staggered I am again.

We do penance for this in October, when the very air crisps your skin and the only color in the garden is brown.