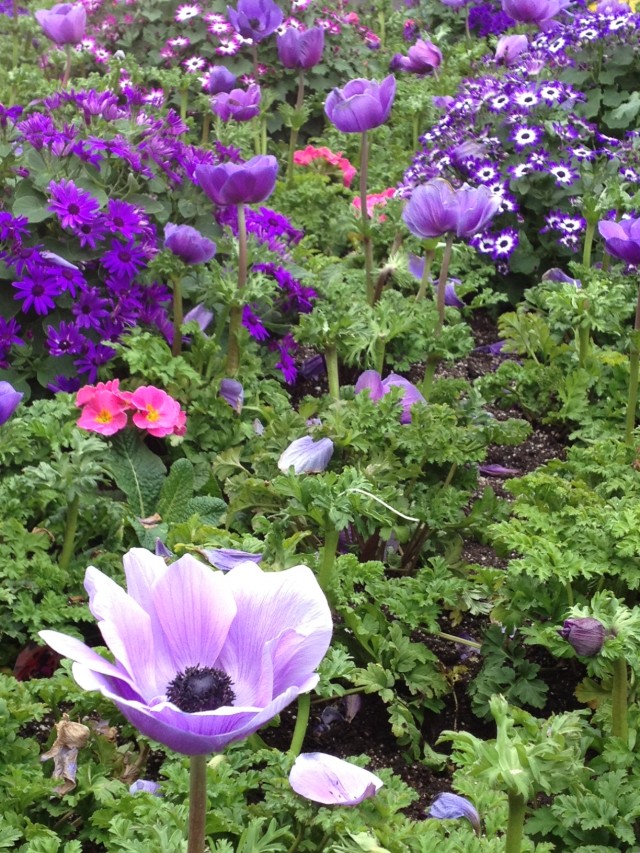 I just wrote a long rambly dissertation on linksharing across various platforms, the pros and cons thereof, and then I decided it was too rambly even for me. So here’s a pretty picture instead. 😉 These gorgeous blooms dazzled us at the outdoor mall today, where I took Huck and Rilla to get new shoes. We stopped for a bun at Panera and it’s possibly the first time I’ve ever been in a cafe with just those two; it was delightful, all chatter and energy, Rilla proudly cutting the bun in half and then carving her half into tiny bites, a frown of concentration, a very straight back. Toward the end an older couple got up from the next table and stopped to speak to us. “I’m usually quick to complain,” said the woman, rather ominously, “but—” and then lots of nice things about my children. Whew. The man was her “baby brother,” she told us, and it seems they quite enjoyed seeing miniature versions of themselves sharing a treat together.

Then we went to the shoe store, and Rilla hit her head on a shelf and the whole outing ended in tears. Which is pretty much how these things go. (She’s fine.) 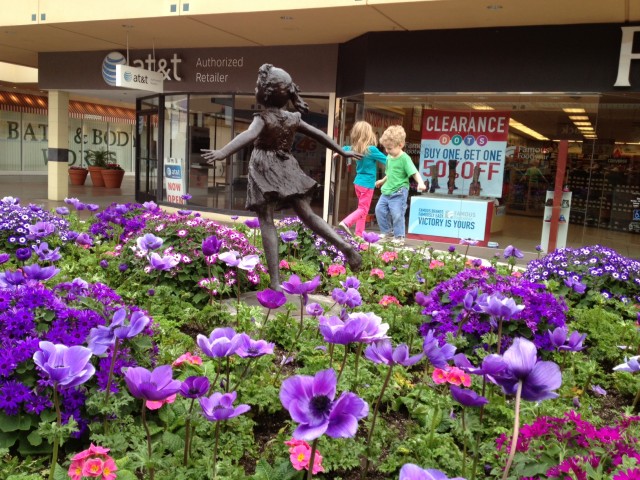 The older girls got a book of Zelda sheet music for Christmas and have been learning the songs from their favorite Zelda iteration, Twilight Princess. I gave them the Lord of the Rings score as well because I want to hear those songs resounding through the house. This strategy is paying off quite nicely.

Reading notes: I finished Girls of Slender Means and have moved on to A Far Cry from Kensington, and the thing about Muriel Spark is that now that I’ve read her, she’s in my thoughts so constantly (this is the case ever since Memento Mori a couple of years ago) that I can hardly remember not having her voice among the influencers in my head. How did I, a reader, a book junkie, a student of literature, make it this long without Spark? How did I know how to look at streets and sentences without her? This is how she makes me feel. Her sentences are like the blades of ice skates, sharp, swift, carrying you along at some risk to your personal comfort. Sometimes Jane and I say to each other, can you imagine life without knowing Monty Python? Can you imagine living in the world without Holy Grail in the back of your mind? That’s how I feel about Muriel Spark. And I felt the same way last year after reading Elizabeth Goudge’s The Scent of Water. And before that, A. S. Byatt’s unbelievably rich (and dark) The Children’s Book, which I’ve read three times in as many years. Which realization sends a thrill up my spine: who else is out there waiting for me, waiting to change my world? Oh, writers of books, I adore you.