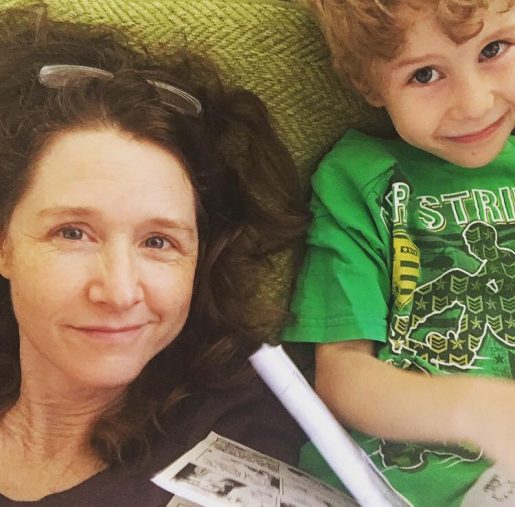 I’m home, I’m unpacked, I’m rested, and I have only, oh, thirty or forty posts in my head to write about the Brave Writer Retreat. With Comic-Con mere days away, I may have to settle for getting to a mere seven or eight of them. 😉

My morning has been earmarked by Huck for “a lot of cuddles to make up for when you were gone” and some vital Muffin Knight recaps. Plus, you know, we’re only at level 5 in Pokemon Go. Priorities! But I’m hoping that this afternoon will afford me the time to flesh out my Retreat Resources page with links to all the books & things I mentioned in my talks. If you’d like a glimpse of my Tidal Homeschooling and Comics Make You Smart talks, parts of them can be viewed on Julie Bogart’s Periscope page, along Julie’s own talks, which were brilliant and moving and deeply insightful—which is of course what you get whenever Julie speaks!

In case you’re wondering what my family did while I was gone, here’s the to-do list I found upon my return: 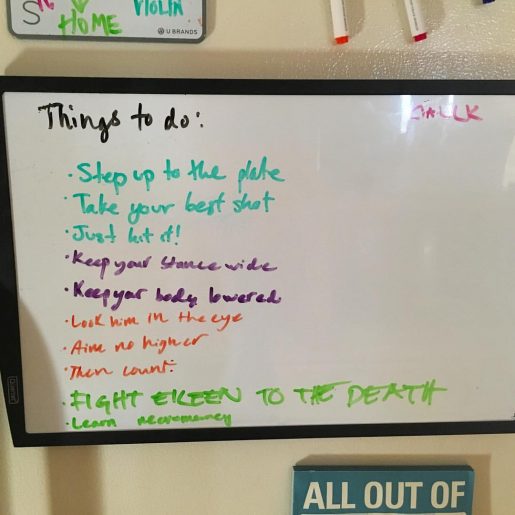 So I guess I’m not the only one with a lot to accomplish.