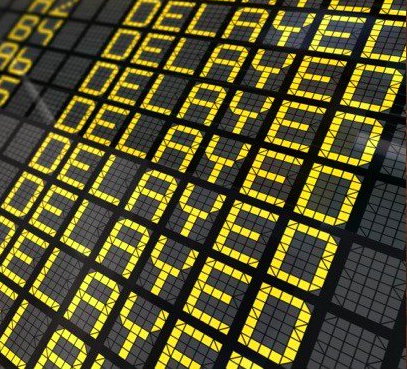 My flight home from Cincinnati on Sunday evening was cancelled, along with a zillion other flights. As I stood in a serpentine line of frustrated passengers awaiting information about how long and how difficult it would be for them to return to their loved ones, all I could think about was the children taken into custody at the border, spending uncertain days, weeks, even months in the panic of separation, with minimal attention to basic needs (sub-minimal really, per the comments of officials who say soap and toothbrushes aren’t basic necessities).

I stood at a counter while a woman who probably hadn’t had a pee break in hours patiently looked up options to get me home a day late. Her son lives in Portland but she is seldom able to visit because traveling is difficult and expensive. On either side of me, angry customers grew heated, raising their voices, anxious and panicked, worried about where they were going to sleep and all the complicated logistics of delaying an arrival. I saw weary faces, distraught faces, furious faces, ill faces. I saw a mother with small, sobbing children and knew she was in for a rough night.

All around me was a sense of: this isn’t fair, this isn’t right, we deserve better than this.

I stood there feeling terribly aware of my privilege. Getting home a day late did screw me up more than a little—work, family stuff. But I understood how fortunate I was. Unlike the majority of cancelled flights that evening, mine was delayed due to a maintenance problem, which meant Delta accepted responsibility and gave me a Marriott voucher & two meal vouchers. Hail in Dallas was the culprit behind most of the other cancellations, which meant all those people had to shoulder the hotel and food costs themselves. I had work waiting for me at home, but I work for myself and knew I wouldn’t be getting in trouble with my boss for not showing up on time. I had children waiting for me at home, but I knew Scott had everything handled and my extended absence wouldn’t leave a kid’s needs unmet. I knew other Brave Writer staff retreat attendees were also having to stay an extra night–three of them in the same hotel as me!–meaning I got to enjoy more time in their company, laughing and sharing our homeschooling mom stories. I left the counter knowing I’d have to get up at 4 the next morning to make my new flight, but that I’d be able to nap when I got home.

All those things I knew, as I stood there waiting to hear what my fate would be, were examples of privilege. If my flight had been cancelled for weather reasons, I’d have had to shoulder the hotel costs myself, and that would have thrust me into as much anxiety as everyone around me. I knew the delay would mean some overcrowded hours when I finally got home–I have a tight workload this week and more travel next week. My shoulders and back ached from hauling my luggage. But compared to the misery of people all around me, I knew I was lucky. More than lucky.

I found myself wanting to cry out to everyone around me—as I’m pouring it out to you here—See! See! See how devastating it is when our plans are disrupted for a single night? See how much it matters that we know where we’ll sleep and when we’ll see our families again?

It’s so easy—TOO easy—to become immersed in the swirling ups and downs of my own life, my own small circle. And it’s easy to give in to the worries that my efforts to turn my gaze, and other people’s gazes, wider, speaking out, reading up, making calls day after day—my worries that those things alienate or annoy people I care about. A legitimate worry, since one of my best friends admitted she unfollowed me on Facebook due to my activist posts.

But I stood there in that line and I sat there on that plane knowing privilege demands responsible action, even if action comes at a cost. And action begins with awareness (but awareness isn’t nearly enough, not by a mile).

Every minute of delay was a misery to my fellow passengers. Every minute in detention is exponentially more miserable—and in many cases, deadly—to the people our country is holding in tent cities and detention centers because they dared to take us at our word when we proudly declared ourselves to be a land of the free where all men are created equal and have the right to life, liberty, and the pursuit of happiness.

I couldn’t wear my contacts all weekend because their case leaked on the plane and they dried into crisp husks. I had to live without contacts for four days. Imagine—oh! really! close your eyes and imagine, try to place yourself there—imagine sitting for a single day in a chilled and cheerless room without access to a warm blanket, a toothbrush, necessary medicine; without freedom to leave, without contact with people who care about you.

Imagine, and then pick up the phone and call your electeds. I’m begging you from the bottom of my heart.

Resources:
Help a detained immigrant in your area
How to contact your elected officials