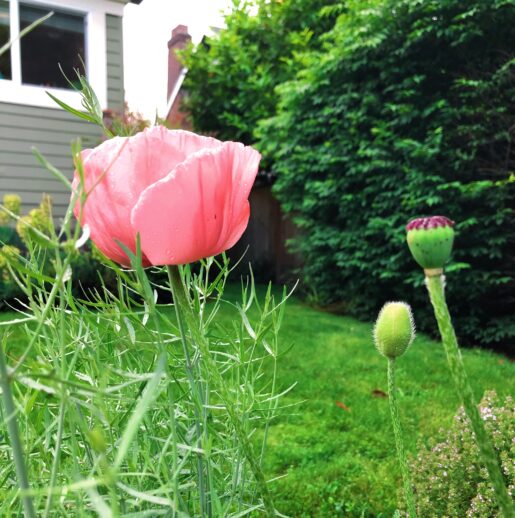 “If it were a quite alive garden, how wonderful it would be…”

I have to clarify something. In the Two Gardeners ramble I said Katharine White’s Onward and Upward in the Garden was the first horticultural tome I ever fell in love with, but that isn’t exactly true. At first I wrote “the first gardening book I ever fell in love with,” and immediately I knew that wasn’t right: that honor goes to (for me, as for so many others) The Secret Garden—a book I have read at least twenty times in my life, and I think that is a conservative estimate. It might be nearer thirty.

So I changed “gardening book” to “horticultural tome,” not wanting, that day, to digress into the many pages of reasons why The Secret Garden is a book that shaped me, and either it was what taught me to thrill at the first sign of a green shoot poking out of cool spring soil, or else it gave me words to articulate that thrill I always felt. Either way, it was a book that explained me to me, and I would not be me without it. I was not temperamentally sour like Mary, nor sickly like Colin, nor wise like Dickon. I was probably more like Martha, the maid, than anyone else in that book, though I longed to comprehend the languages of foxes and larks, like Dickon, and to be daring and stubborn like Mary, and I admired the way Colin’s mind would fix on something and turn it over and over until he made sense of it. I understood Mary’s rush of emotion and thumping heart at the signs of spring creeping like a green mist over the dead, gray garden. I too yearned for my own bit of earth. (And got it: my mother gave us each a section of her flower bed to be our own. I grew snapdragons and moss roses, and they are still among my favorites and I cannot be without them.) Like Mary, I wanted to know the names of things and how to keep them “quite alive—quite,” and to converse with saucy robins and to smell the wind over the heather.

Sometimes I think there is no finer sentence in all of literature than: “She was standing inside the secret garden.” 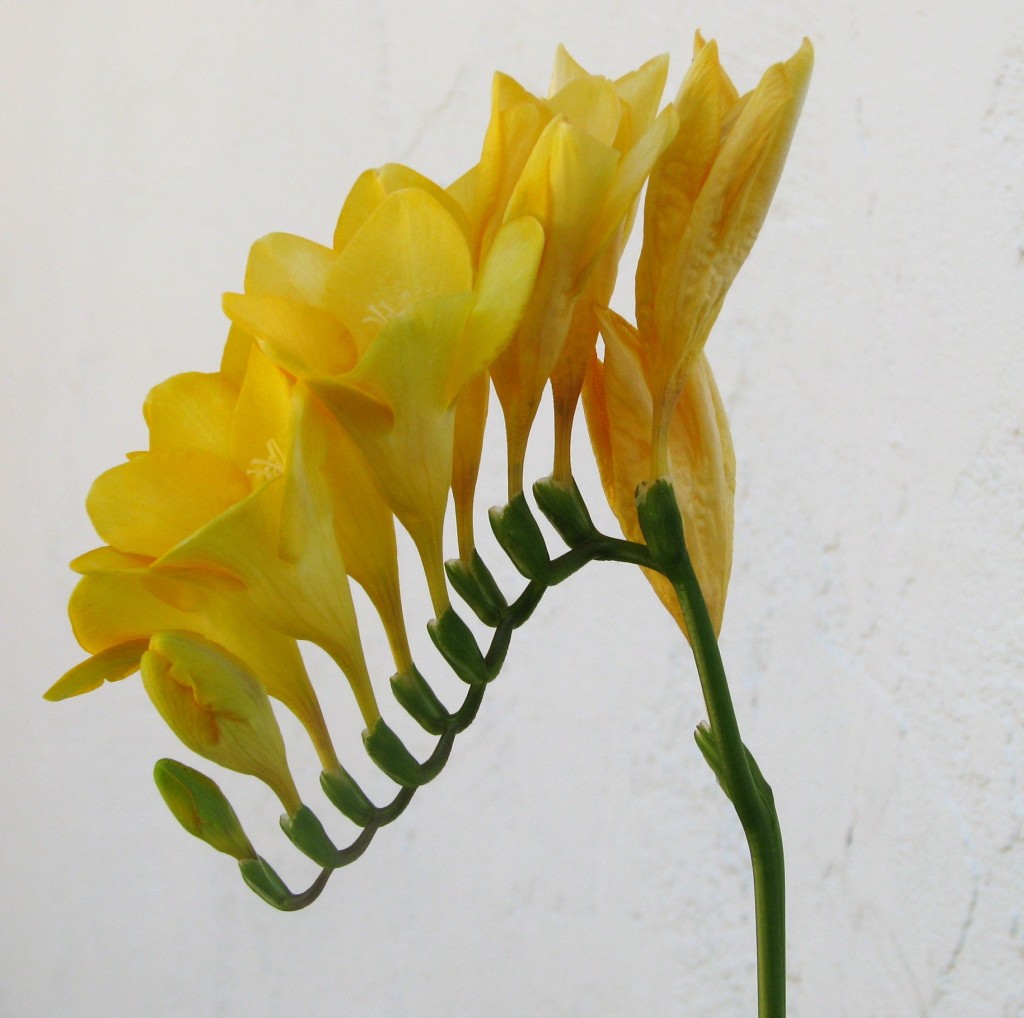 While we were away, cold rains pounded San Diego, stranding my parents inside with the kids and washing away most of our carrot seedlings. The radishes and lettuces survived the floods and are looking sprightlier than ever. The blueberries dropped a lot of blossoms but I think we’ll get a few berries, at least. The flowers are lusher than ever, fresh-faced now that I’ve picked off the spent, rain-battered blossoms.

We miss our bird feeder. Last summer, it attracted rats, so we emptied it. I’m aching to try again. When we moved from New York to Virginia in the winter of 2002, the very first box I unpacked was the one marked BIRD FEEDERS. True story. In our Long Island backyard, we had downy woodpeckers, nuthatches, and titmice at the feeders every day. I can still feel the cold glass of the sliding door that tiny Jane and I use to lean against as we watched our birds. In Virginia, we had cardinals, juncoes, and my favorite, the wee chickadees. A pair of bluebirds nested in a box under our deck, right outside my office window. I wrote Across the Puddingstone Dam between bouts of peeking at those bluebirds from between the blinds.

In this yard, we mostly only see sparrows and finches, and the imperious crows. There’s a lone phoebe, junco-gray and tufted like a cardinal, who perches on the fence, watching warily as I putter in the garden. There are the hummingbirds, of course, flashing low overhead like little green comets, perching on the slender branches of the cape honeysuckle. They adore those trumpety orange flowers, as do the bees. I haven’t seen the scrub jay in a while. All last summer he called outside our bedroom window at a minute past sunrise every morning. The kids named him Peanut, after his favorite food.

I just googled my own blog to see when I’ve posted about the flock of parrots in years past. January and February is when they swirl through our neighborhood, it seems. But I don’t think I’ve heard them this year! Any other San Diegans know the whereabouts of those rowdy green squawkers right now?

My phone does not take good pictures.

But these beauties had to be captured. Happened upon this patch of color springing up between sidewalk and street in Normal Heights, San Diego. Picture these flowers times four—a glorious strip of color.

City gardeners, I adore you.

(I see gaillardia, snapdragon, and some kind of brown-eyed susan. Working on IDing the rest. The pink fringy ones in the middle photo look like a bit echinacea in the photo, but aren’t.)