An Interview with Stephanie Spinner

I have something very special for you today. Stephanie Spinner, author of such splendid books as Quiver and Quicksilver, not to mention the hilarious Aliens for Breakfast trilogy, graciously agreed to an interview here at Bonny Glen. Years ago, when I was fresh out of grad school, Stephanie gave me my first job in publishing as her editorial assistant at Random House and Knopf (two imprints, same office). You couldn’t ask for a better introduction to children’s book publishing: Stephanie worked on everything from picture books to beginning readers to chapter books (a genre she pioneered) to middle grade and young adult novels, and as her assistant I got to work with some of the best writers and illustrators in the business, including Gloria Whelan and George Booth. Looking back, I find it hard to believe I only worked for Stephanie for two years: I learned so much from her about writing and editing and story. I was lucky to get that tutelage when I did, because not long afterward she left the editor’s desk to write children’s books and YA fulltime. Her books shine with her elegant prose, her wry sense of humor, and her keen sensitivity for what makes people tick.

But enough of my gushing. On to the interview! 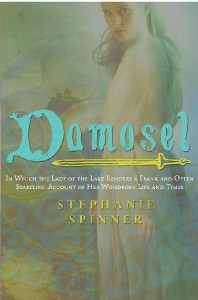 Stephanie, thanks so much for visiting Bonny Glen! Your latest novel, Damosel, is the story of the Lady of the Lake, a figure from Arthurian legend. When I think of her, I see that wonderfully eerie image of the hand rising from the lake grasping the sword in the film Excalibur. What inspired you to write from her point of view?

Stephanie: I’ve loved the Arthurian stories since I was a kid. And the image you mention, the hand rising out of the lake, intrigued me on sight. When I reread the tales as an adult, I was a drawn to the intricate relationships of the main characters—Arthur/Guinevere/Lancelot, Merlin/Lady of the Lake, Arthur/Mordred—rather than the battles and derring-do. Of all, the Lady was most mysterious, because she first appears as a helping spirit, making Excalibur and giving it to Arthur at Merlin’s behest, but then behaves very badly, inasmuch as she seduces and betrays Merlin. Then she more or less takes Merlin’s place as Arthur’s protector. These baffling reversals are unique, at least in Malory’s LE MORTE D’ARTHUR, my principal source. So I wondered: how could a character start off as good, turn bad, and then go back to being good, without any explanation? What if she were a well-meaning spirit who didn’t always measure up? What if she never harmed Merlin, but had a scheming cousin who did? What if she fell in love and neglected her sworn duty to Arthur? (Speaking of love, how about the fact that she was a spirit who married a human—after saving him from dying of heartbreak, no less?!) Finally, I realized that she played a part in Arthur’s story from the beginning all the way to the end—witnessing virtually the entire history of Camelot. That appealed to me a lot.

Let’s talk about research. You actually went to England and visited some of the sites associated with the Arthurian legend, didn’t you? I’m totally jealous—I wrote four books set in Scotland and have never set foot in the country. Where did you go? How did your travels affect the shape of the book? 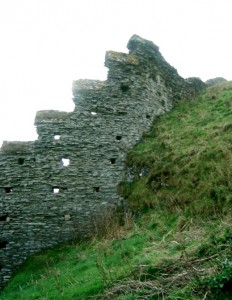 I’d wanted to make the trip for a long time, but knew I could never drive in England—driving is hard enough for me here, and the thought of trying to drive on the left is enough to make my throat close up. But after I’d begun writing, an English friend offered to drive me around to the “Arthurian” sites, and off we went. We visited the obvious places, like Stonehenge, and Tintagel Castle, Arthur’s supposed birthplace, and Camlann, where Arthur and Mordred fought. We also went to the ruins of a Roman military encampment in Wales, and the two lakes in Cornwall where the Lady was thought to dwell. The first was set on a heath and pretty featureless, though apparently Daphne du Maurier liked it enough to set REBECCA there. The second, called Looe Pool, was wonderful—a big, beautiful lake right next to the ocean. So I made that the Lady’s home. 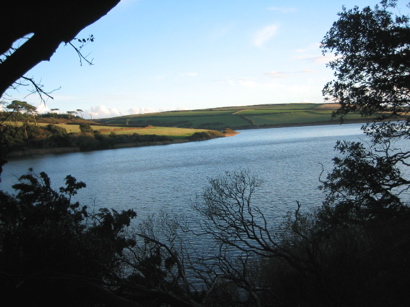 Of course I did other research, too. I read a great deal about the Roman occupation of Britain, early Christianity and convent life, sword making, little people, castles, Hadrian’s wall, farming, diet, and apparel. I looked at lots of maps. My favorites were the early ones with only Latin names (like Londinium, and Aquae Sulis).

Of all the Arthur stories I’ve read, I’ve never had one hit me so powerfully on the matter of Merlin’s imprisonment. It was really painful to see him walk into the trap and know that his imprisonment was permanent. What was it like to write a character so many other authors and storytellers have tackled? Besides Damosel, who were your favorite characters to write?

If it’s any consolation, I felt bad for Merlin, too, and I always have! But changing his fate was out of the question, so instead, I tried to make it clear why Nimue couldn’t resist doing what she did. There have always been beautiful, ambitious young women who are drawn to powerful older men; what makes Merlin’s story so painful is that he truly deserved better.

As for the question of familiarity, I grappled with that very early on, before I even started a file. I knew there were 11,000 other books about Arthur and Merlin, some of them works of genius. I also knew that if I thought about them while I was writing DAMOSEL, I’d never get past page one. So, once I’d decided to go ahead and write DAMOSEL, I tried to stay focused on the work at hand.

I like most of the characters in the book, even the little donkey! Twixt was definitely a favorite—for some reason writing in his voice could be surprisingly easy. I was very fond of Sir Tor, also. And I will confess to a fondness for Metite, the Lowly Gnome.

How do you think having been an editor, helping so many writers hone and polish their work, affects your own writing process?

I suppose it’s given me some confidence, but you’d never know it from my average speed, which is hideously slow. (The words “agonize” and “torturous” come to mind). I have been known to celebrate after completing a difficult sentence.

I always love to hear how other writers work. Do you revise as you go and therefore write very slowly? Or do you pound out the first draft quickly and then go back and revise? Where do you prefer to write? Do you have a routine? I eat gummy bears incessantly while working. How about you? Coffee, tea, chocolate?

Yes, I revise as I go, and then I go back and revise some more. I usually write in the morning, first polishing the previous day’s work, then moving (creeping) forward a little. Sometimes, after breaking for the afternoon, I’ll put in a few more hours at night.

My office is a bright room with a big white desk that should be a lot neater than it is; however, the photos, maps, and reference books seem to have a will of their own, and they’re taking over. I work in my bathrobe or the equivalent of pajamas, with as few distractions as possible—no music, food, or drink—though I do allow my dogs to sit on my lap if they insist.

If I recall correctly, you spent quite a bit of time in India at one point. Are there any retellings of Indian legend in your future?

I won’t rule it out, but animals, not mythology, seem to be on my mind lately. My last four books have been about a cat, a dog, a pony, and a parrot, and I have no idea what’s coming next.

The photos above were taken by Stephanie on her trip to England. The top one is Tintagel Castle; the second one is Looe Pool, home of Damosel. Here are a few more of her pictures: Tintagel Tower, the ocean at Looe Pool, and Stonehenge. I’m swooning. 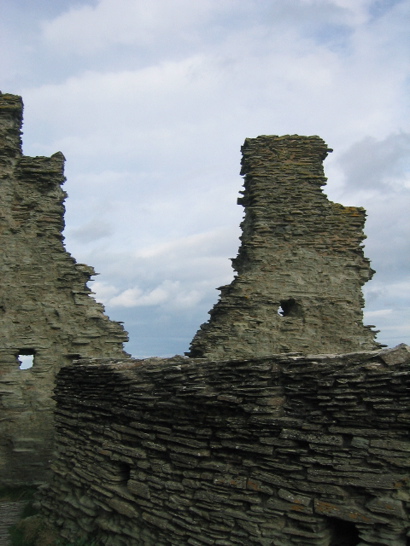 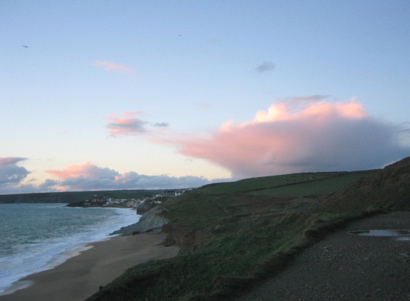 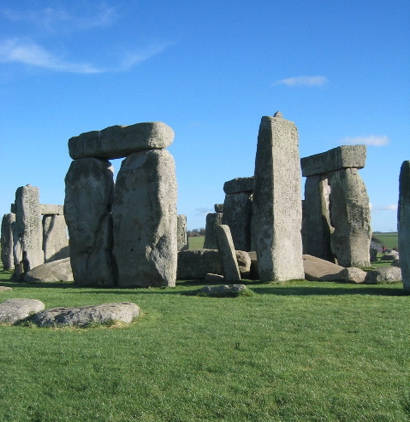