• Lost Ladybug Project – Tabatha thought this post about a ladybug species counting project might be up our alley. She was SO RIGHT. I do believe my gang will try to take part in this.

•Learn Sign Language – Signing Time News » From Rachel: Happy Birthday, Emilie! – HT to pal Sarah for this lovely tribute from one sister to another.

• And this one’s for Helen, who noticed the photos of a finch stealing a sip from our hummingbird feeder. This little guy amused me for a good half hour last week, the way he kept sipping and then taking surreptitious looks around, as if the other finches would never let him live it down if he* got caught drinking the hummingbirds’ koolaid. 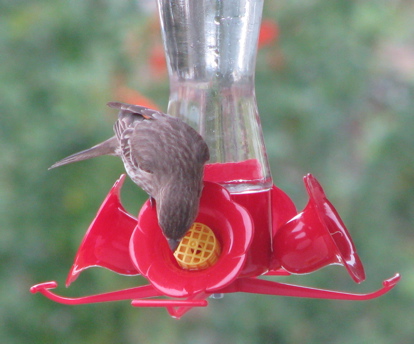 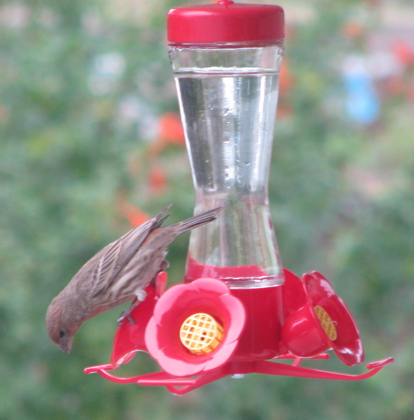 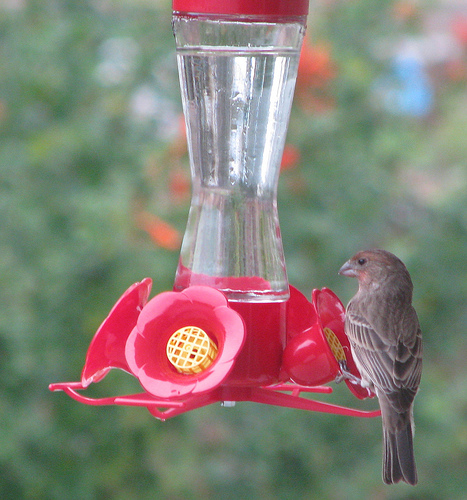 * I say “he,” but I’m guessing. He’s a male house finch, yes? I admit I have a hard time telling the house finch and the purple finch apart.