We planned to read today (The Mitchells, continued) but instead found ourselves sitting in a patch of dirt building a construction site for Huck. Four of us, ages 5, 11, 13, and 43, digging holes and heaping pebbles and smoothing roads. The site foreman was napping during this endeavor. His reaction upon discovering it, post-nap, still glassy-eyed, was akin to what I imagine Miss Rumphius felt when she happened upon that first breathtaking patch of wind-sown lupines after her winter in bed. 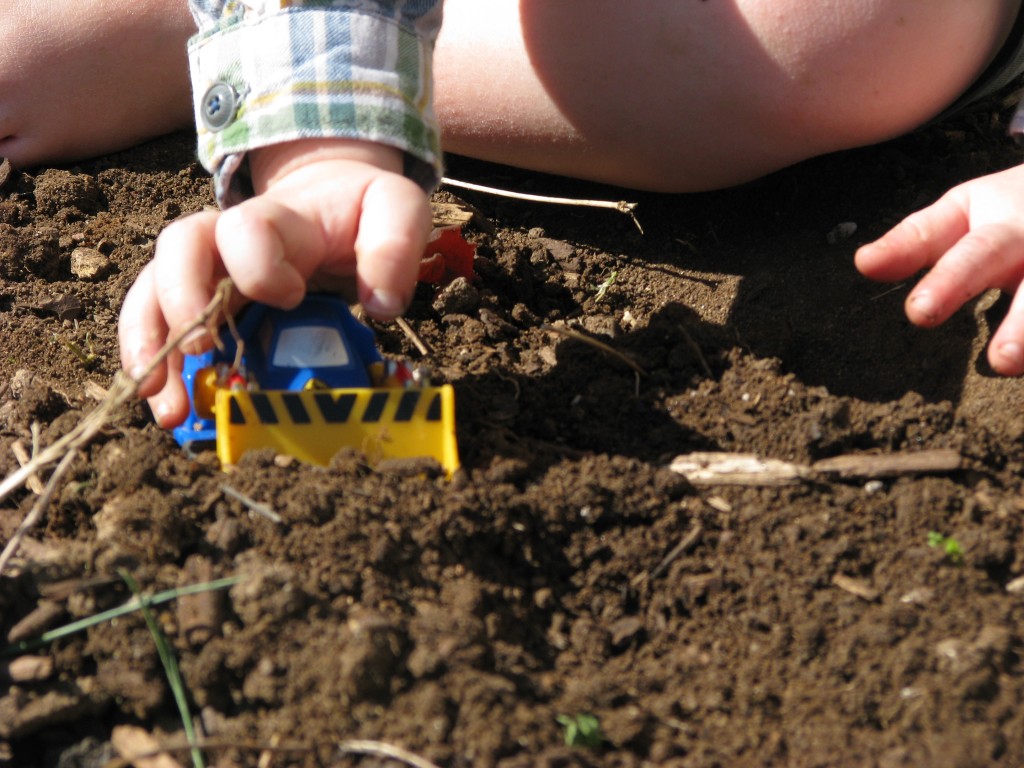 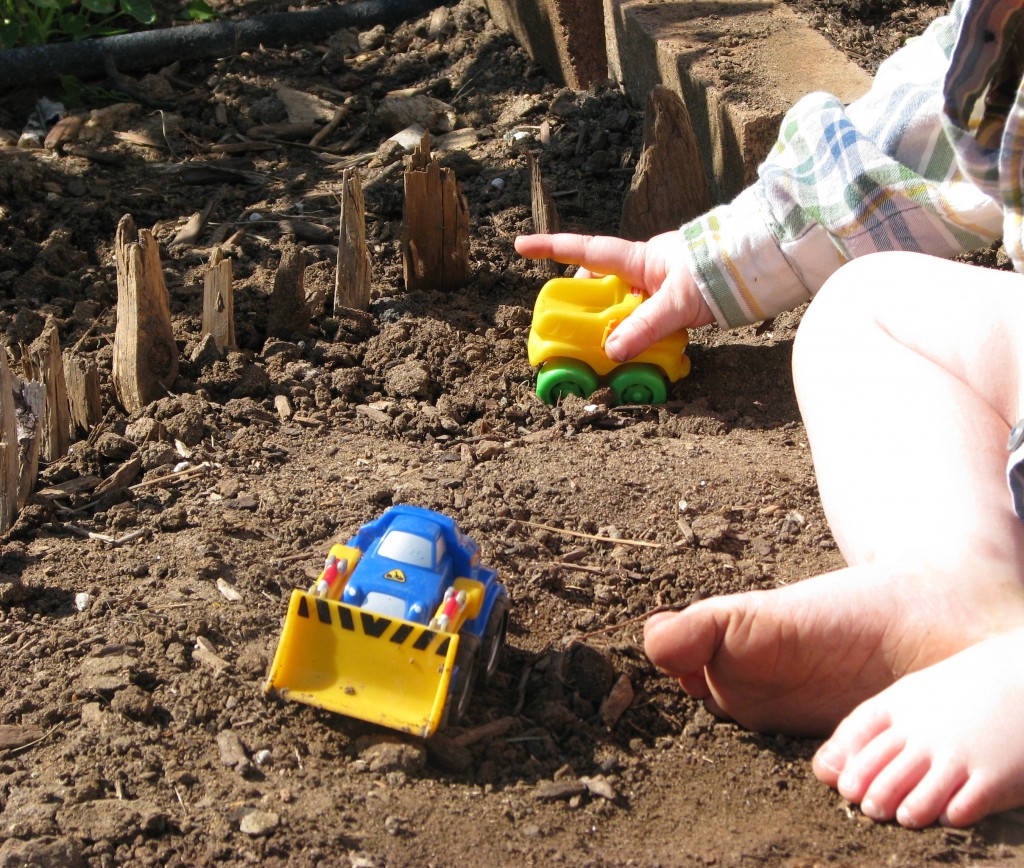 A few yards from Huck’s Struction Site lies Rilla’s Roxaboxen. A while back I gave up on a rickety old end table we’ve had forever. It has the loveliest blue-tiled top and was a hand-me-down from a beloved friend, so I kept it around long after it could be relied upon to stand upright. Finally, I unscrewed the legs and gave them to the kids to play with. The tiled tabletop is a tray for houseplants now.

By “gave them to the kids” I mean I tossed the wooden legs into the backyard and waited to see what became of them. 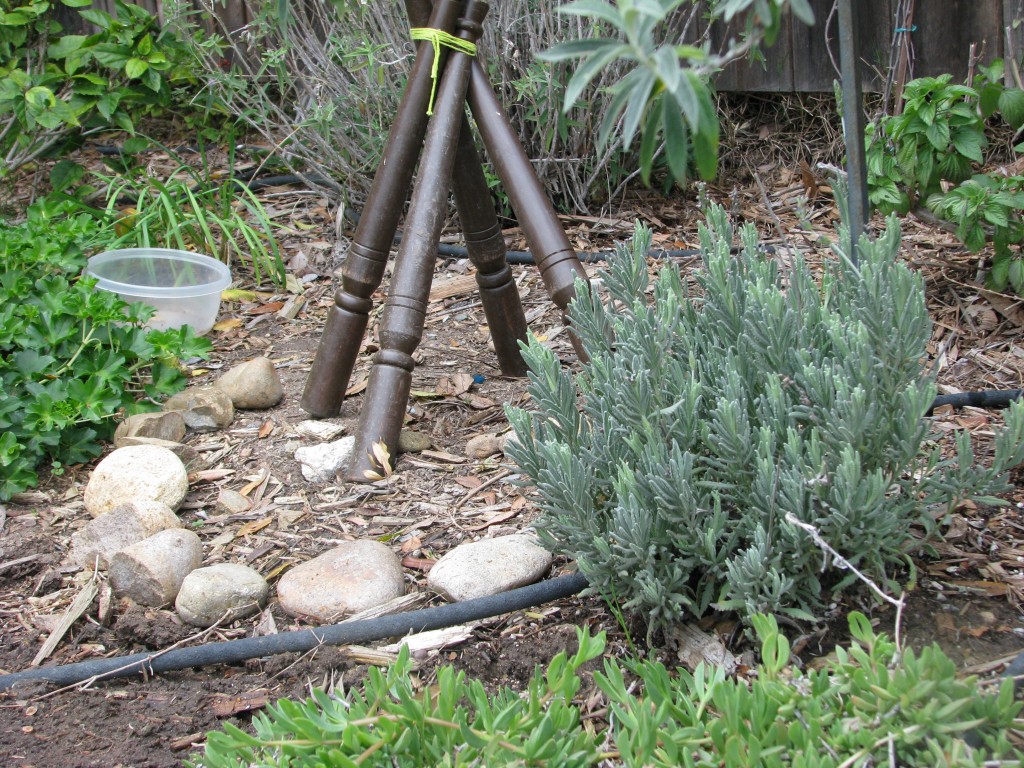 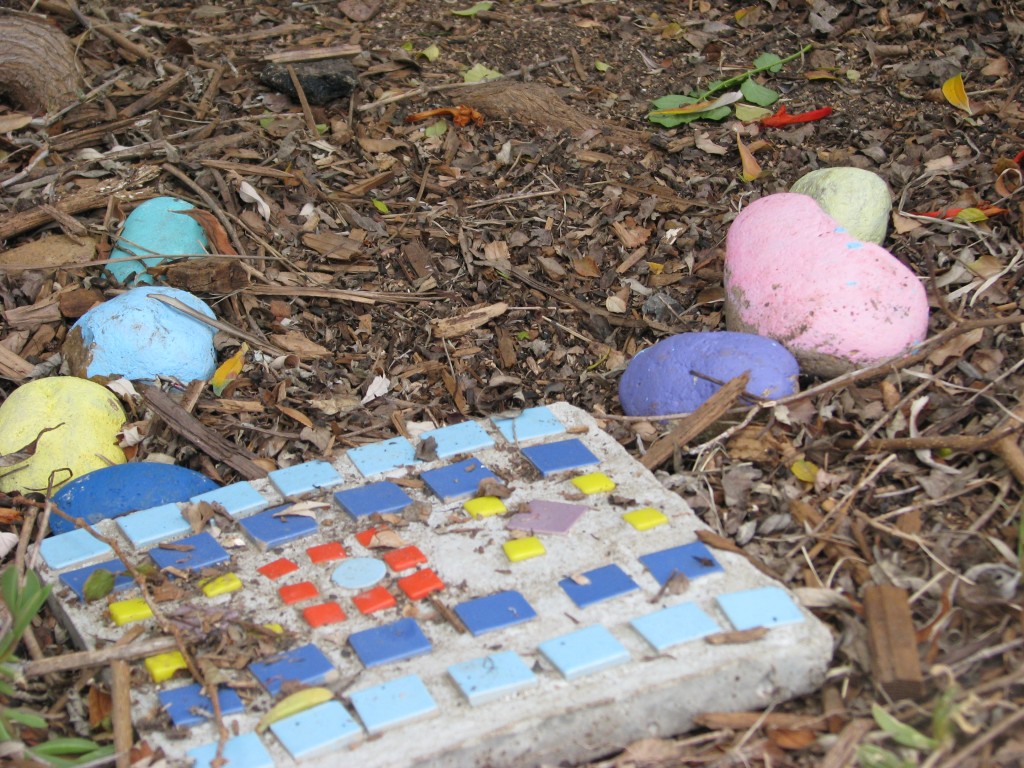 You are now entering the Roxaboxen.

Elsewhere in the garden, a surprise: I forgot I’d planted freesia! 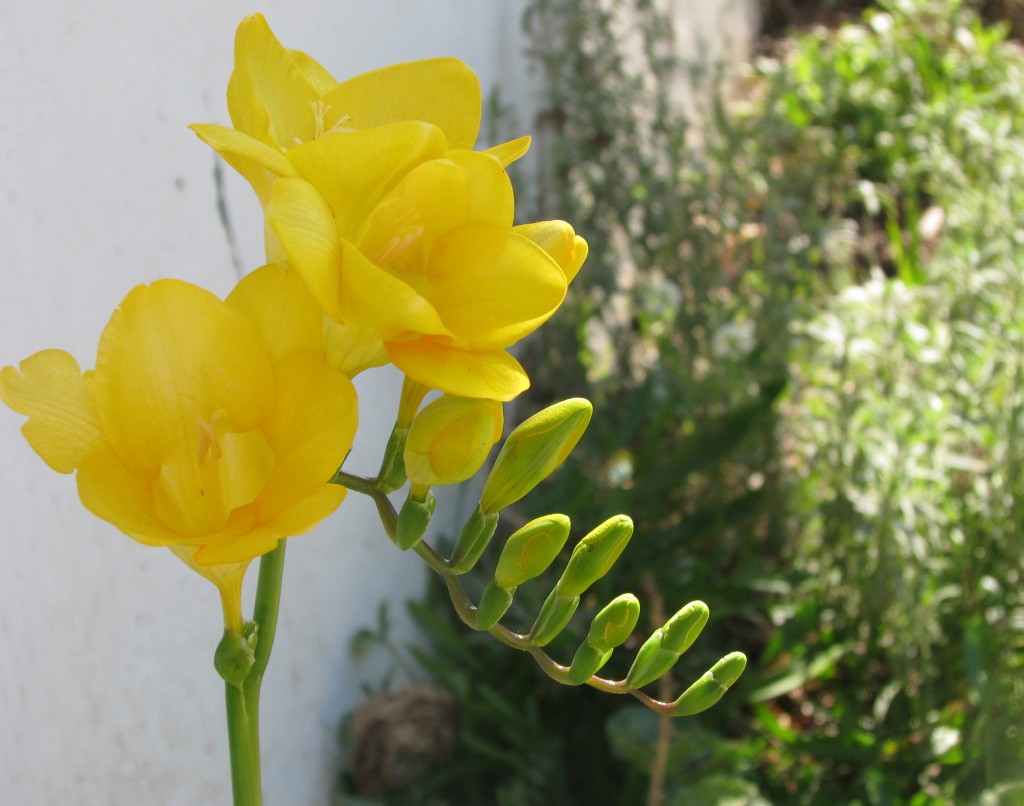 They smell as heavenly as they look.