A Wisteria and Sunshine Giveaway

In February of 2005, when Bonny Glen was just a few weeks old, I wrote:

When I was setting up this blog, I created a category called “Things that Inspire Me” with Small Meadow Press in mind…

…and Lesley Austin’s peaceful presence and lovely way of looking at home life have been inspiring me daily since then. There are Small Meadow touches all over my house: the “Peace Be on This House” garland hanging between living room and kitchen; the little stash of stationery (now almost gone, alas) in my correspondence basket; the small, handmade notebooks tucked into every bag I own; the calm brown binders I use for organizing paperwork; the quotation prints here and there about the house, framed or hung up with a ribbon.

I was sad when Lesley closed Small Meadow, though I well understand the necessary changes that come with new seasons of life. But with the closing of that door, Lesley opened a new one—a vine-covered door like the one into The Laurels or the Secret Garden, with a sundrenched radiance inside. Since its beginning, I’ve been a member at Wisteria and Sunshine, Lesley’s subscription-based blog and forum for exploring “wild simplicity and deep domesticity,” and in these swift months it has become not only one of my favorite corners of the internet, but practically a way of life.

Each day at W&S, there is a new post from Lesley, sometimes two, discussing—in her exquisite prose, so lyrical it’s almost poetry—topics related to home and hearth, simplifying, decluttering, making one’s home-spaces lovely with simple, graceful touches. Some days she writes about a beloved author (it’s Lesley whom I have to thank for inspiring me to read The Scent of Water) or a book we’re enjoying together—right now it’s Wise Child. Some days she shares a thought-provoking quote, inviting discussion. What she has created at W&S is rather remarkable: a close-knit community of women working together to cultivate an atmosphere of peace, joy, and order in our homes. Each month Lesley chooses a focus: a particular corner of the house (she did wonders for my bathrooms and even my closets!) or a particular corner of the soul, you might say. During the wild rush of my spring—nose-deep in my novel, busybusybusy with the blur of six growing children—I found I was approaching my housework with genuine calm and more joy than I’ve ever taken in it. And the changes have stuck. I actually enjoy cleaning my bathroom.

The name, of course, comes from Enchanted April, one of my favorite movies of all time. For those who appreciate wisteria and sunshine, reads the ad that captures Lottie’s imagination and sets off that whole wonderful series of transformations. And just as the wisteria-and-sunshine garden of that Italian villa infuses its visitors with light and renewal and contentment that they carry back into the outside world, so too does the W&S forum. Can you tell I love it? I truly love it.

The monthly subscription fee is modest, and Lesley more than earns it with the hard work she puts into making the site nourishing, useful, welcoming, and beautiful; and I’ve also come to feel like the small commitment leads to a camaraderie and…hm, I started to say seriousness, but I don’t mean in any way grave or somber, I mean nontrivial, mindful, engaged…among the members. I have so enjoyed getting to know the other forum members, and having a closer connection with the handful of friends I’d already known.

Lesley, ever generous, has graciously offered a free three-month gift subscription to a Bonny Glen reader. Now, I have to tell you this delights me on multiple levels: one, because I want to see W&S grow and thrive, and I think you really have to experience it to grasp what riches it offers; and two, because I love my Bonny Glen readers and this means at least one of you will get to join us in the garden. (I would be thrilled if more of you decide to give it a try, even if you don’t win the giveaway.)

To enter, leave a comment on this post before 11pm Pacific time on Wednesday, July 4th. I’ll use a random-number generator to draw a name on Thursday morning. Spread the word!

For a peek at each month’s topics (and a sense of the beauty and tone of the site), visit the open-to-all blog Wisteria and Sunshine Tidings. 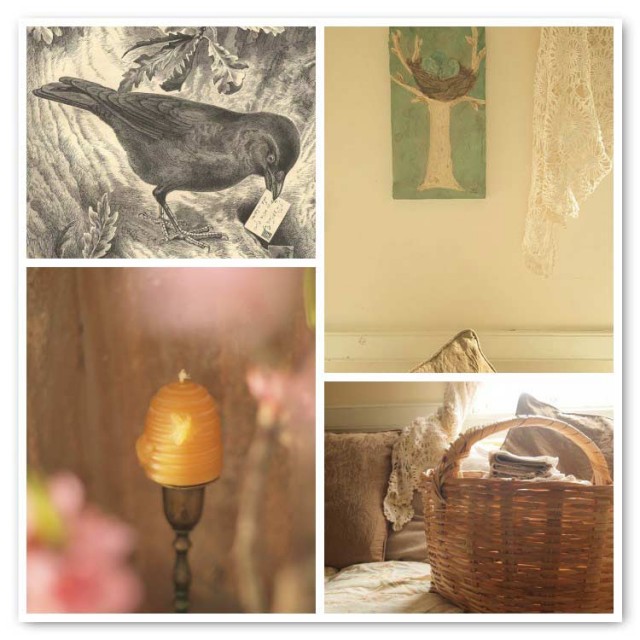