(This one’s for me. The more scattered-across-many-networks my internet life becomes, the more important it seems to archive things here, where I will always be able to find them.) 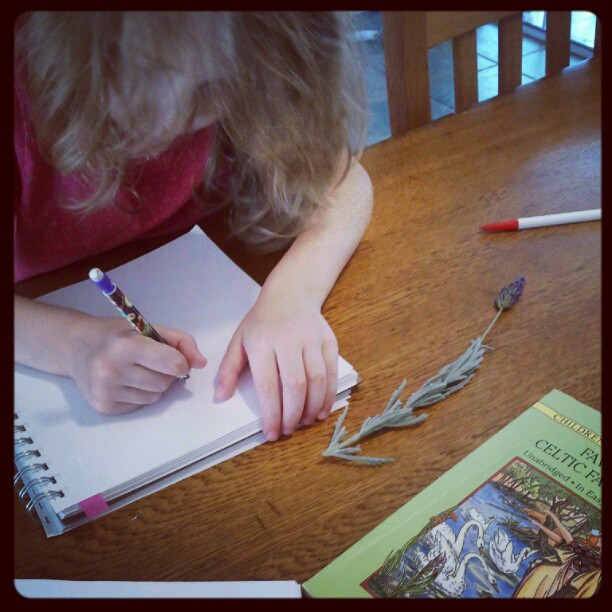 She says nature study is her favorite part of the day. It isn’t an everyday thing—not the journaling, I mean—just once or twice a week. She especially loves the “talking part,” the part where we look at (smell, touch, sometimes taste) a sprig of this or that, studying it closely, discussing its characteristics. “So,” she’ll say, with the same inflection used by my elderly neighbor back in Queens, no nonsense, ready to dish. “So. Let’s look, Mommy.” I ask leading questions: leaf shape, growth pattern, texture, scent. She peers closely, so serious. And then suddenly in the midst of all this Careful Observation she’ll flash a grin: “This is awesome.” 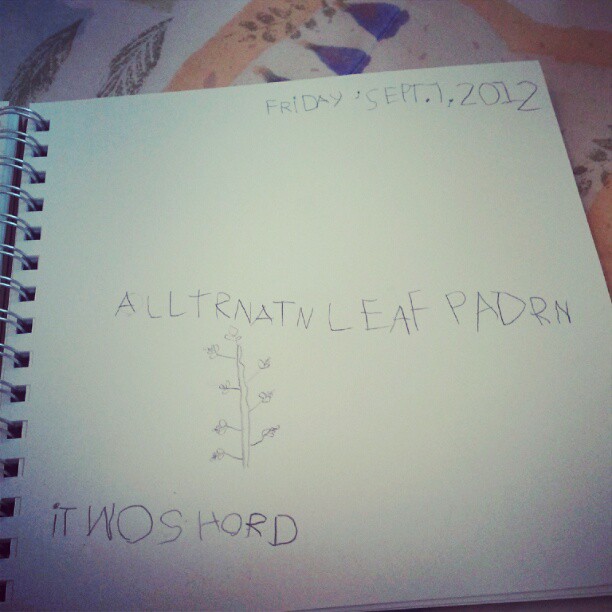 “Alternating leaf pattern. It was hard.” 🙂 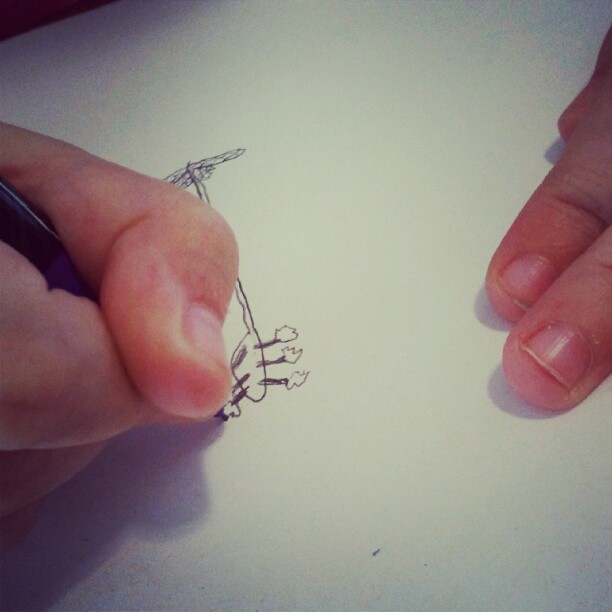 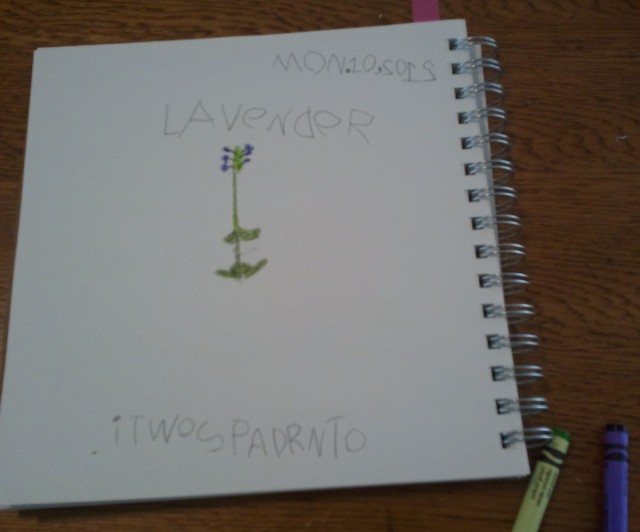 (And lest this sound too perfect, let me add for the record that none of her sisters demonstrated much interest in nature journaling past the age of, oh, maybe eight or so. They all moved on to other pursuits. Which is fine! I have marveled at every age. Six is delicious, and fleeting, and full of wonder. I’m savoring it.)