The road goes ever on and on… 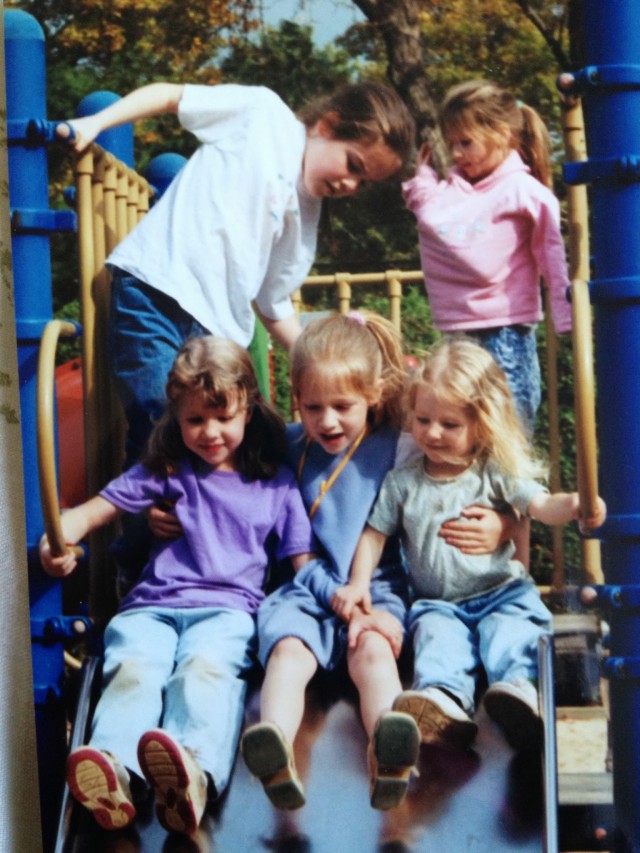 Sent this picture to Alice the other day because I knew it would get her the way it got me. She pointed out that four out of five of these girls are in college now. Well, almost! Jane moves in next week.

She was barely a month old when I decided I wanted to homeschool her. I’d been poking around the AOL parenting boards (having obtained my first modem and my first baby within six weeks of each other) and stumbled upon the Home Education Magazine boards. Before long I was devouring back issues of Growing Without Schooling and amassing a collection of Holt and Gatto books. Sandra Dodd and Pam Sarooshian were among the moms-of-youngish-kids enthusing about unschooling there, using the word in the broad Holtian sense, living and learning outside school. By the time Jane was six months old, Scott was on board, with reservations. Those dissolved over the next year or two, as we talked and talked and read and read (well, I read and talked, he mostly listened). Really, the notion had me at hello. 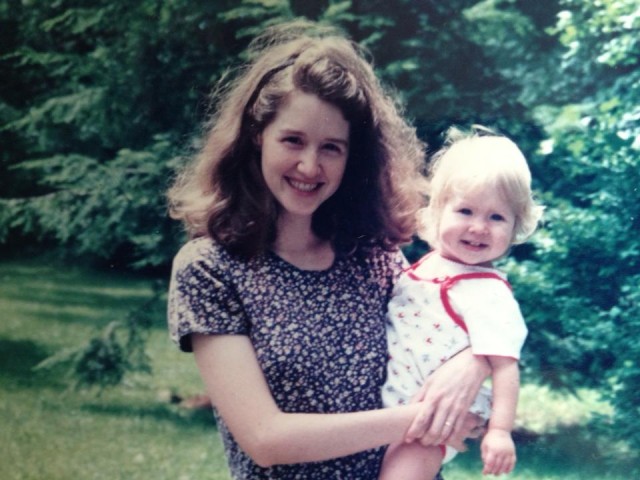 It felt right for us, and it kept on feeling righter and righter, all these past eighteen years. When Jane was five, finally finished with her cancer treatments, an early and voracious reader, addicted to the Magic Tree House books, I hung a sheet of butcher paper the length of our hallway and we pasted little copies of the book covers in the pertinent time periods. We still have that timeline, now ripped here and there and crammed with tidbits. It was on the wall in this house until last year; it comes and goes as the urge hits us. There in large wobbly letters are young Jane’s notations: “Golden Age of Pirates,” “Charlemagne,” “King Alfred BURNED THE CAKES!!!” 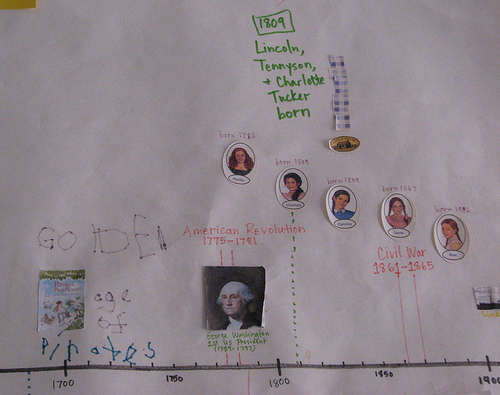 Back up to when she was—around four? Alice will remember—we’re in an educational supply shop, Alice, her small girls (two of them on the slide above), Jane, probably a couple of babies. We’re browsing at a placemat spin rack. I put a few in my cart: planets, U.S. map, presidents. On the next aisle, I drop something else in and discover a placemat I hadn’t selected: the periodic table of the elements. Seems a bit early for that. I put it back. But a minute later, I glance in the cart and there it is again. I’m perplexed. “Did you put this in?” I ask my wee daughter. She nods. I’m taking it out to return it to the rack, we have enough in the cart already, and she bursts out earnestly: “But Mommy! I need to learn about the EE-laments!”

(Sold. We still have that placemat.)

One year I was speaking at a homeschooling conference, and the teenaged daughter of my boothmate took Jane—around age six, I think—to the drinking fountain. She reported back that when Jane saw the water arc out of the spout, she exclaimed over getting to drink a rainbow. Took a drink. Frowned, puzzled. “Funny. I always thought rainbows would be crunchy.” 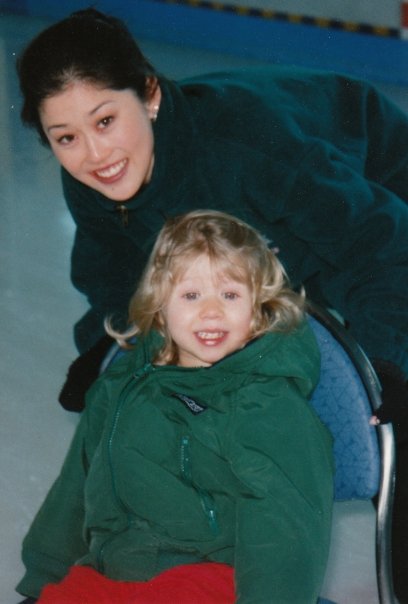 She so often surprised me with the knowledge she’d absorbed from I knew not where. Scooping something out of water one day (had the baby dropped Cheerios into Jane’s cup? it was something like that), she remarked that her fingers were like a whale’s baleen. I didn’t know what baleen meant, but luckily I had Jane to enlighten me. 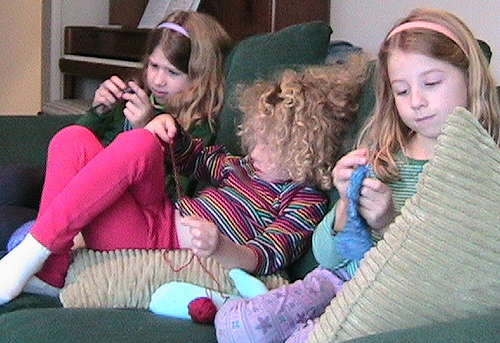 The year she was eight, we read our way through a tower of America-themed historical fiction. Witch of Blackbird Pond, Moccasin Trail, By the Great Horn Spoon, Understood Betsy, whole bunch of others. That was a fabulous year. We were in our big house in Virginia then, with the propane fireplace you flipped on with a switch. That thing drew me like a magnet. I’d stand there toasting myself, reading aloud while the snow fell heavy on the hills and the juncos hopped beneath the feeder, and Jane lolled on the sofa with Beanie banging dents into my cedar chest with Wedgits—the first in a line of toddlers to bash away at that spot. Its entire surface is pockmarked with enthusiasm and glee. Sort of the best-loved-doll of furniture. 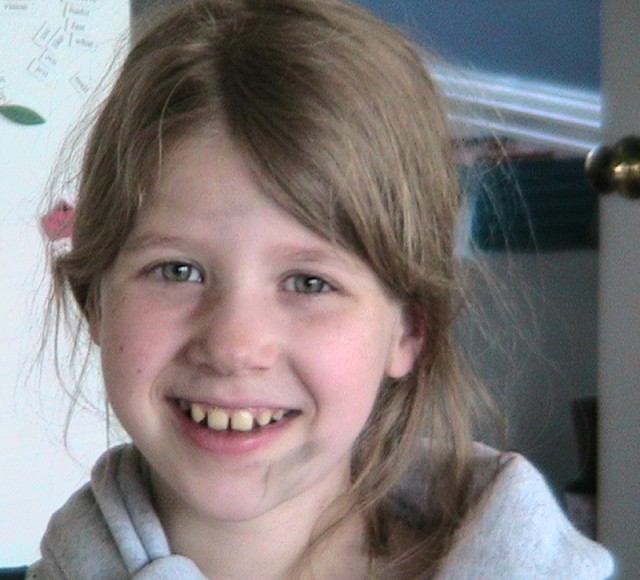 Project Feederwatch. Journey North Mystery Class. Shakespeare Club. Piano Guild. Film Club. Living Earth School—a nature camp in the Blue Ridge Mountains where Jane learned to make fires, to eat violets and chickweed. She had sold all the kids on our street on the virtues of chickweed for iron and violets for vitamin C, and they’d comb our yard, nibbling weeds until their teeth were green. I delivered a hasty lecture about pesticide and lawn fertilizer, and extracted a promise that the kids would only eat from our lawn, because I couldn’t be sure the others were chemical-free.

And that weed book! I blogged about this years ago: “Two summers ago I wanted to know what was growing in our unlandscaped side yard, so I checked a book on weeds out of the library. I glanced at it but decided this book was too dry to make it worth the effort and tossed it onto the kitchen table. The next day I returned it to the library. The next day, then-7-year-old Jane summoned me with an anguished wail. ‘Mommy, where’s that great book I was reading? The one about weeds? It was SO interesting!’ She’d found it lying on the table and naturally assumed that it was meant for her. I admitted I’d returned it, and she was crushed. I had to promise to schedule a special trip to re-check it out.” 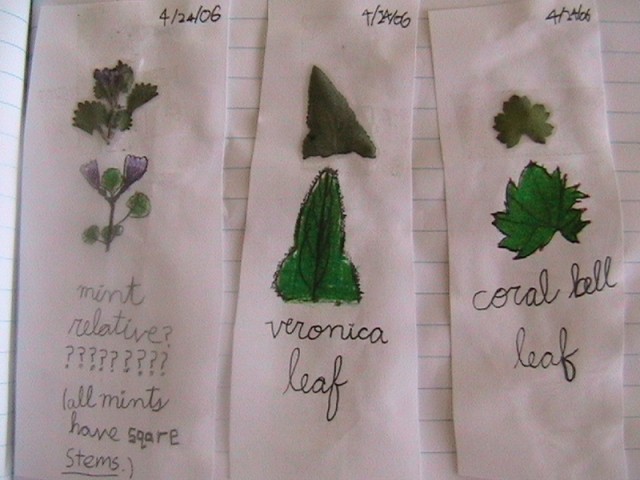 Through high tide and low tide, we’ve learned a million things together. And now she’s heading off to go on learning somewhere else, and I couldn’t be more grateful, and more excited for all the adventures she has ahead of her. 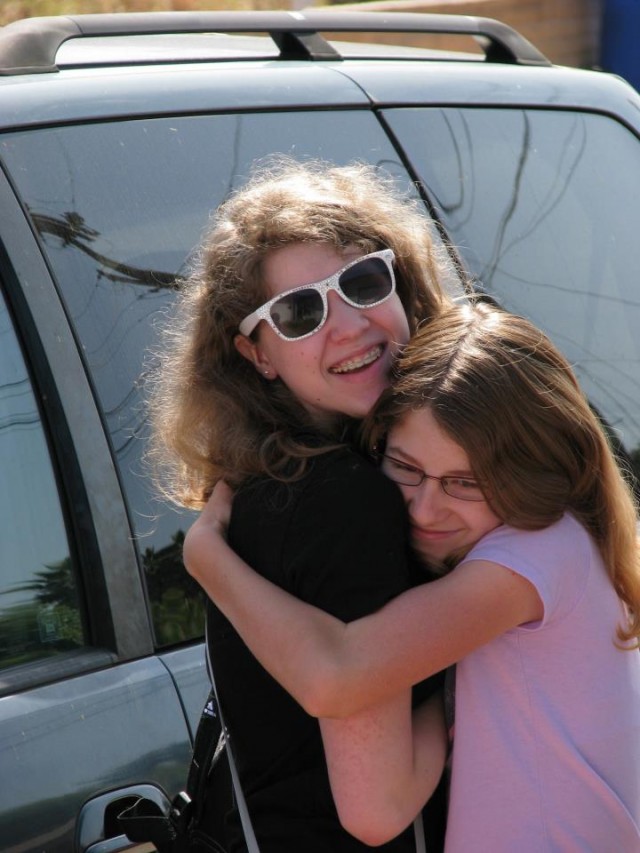