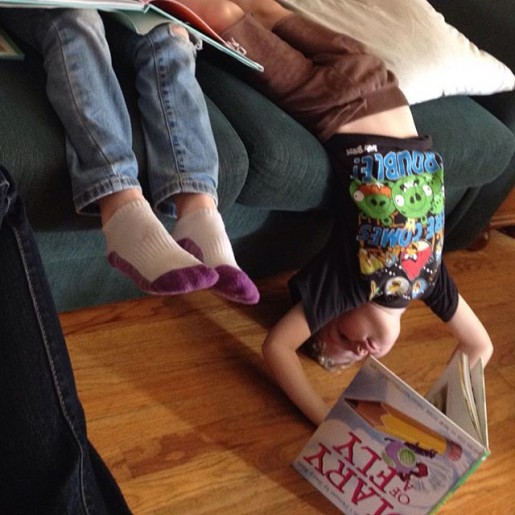 I gained a whole week today. It feels luxurious: what to do with this newfound space of time? It’s like finding a $20 bill in the pocket of your winter coat. Of course, just as with found money, immediately upon the heels of the jubilant discovery rush the responsible thoughts: you could put the money toward bills, or into a child’s college fund. I should (must) work toward some impending deadlines; I should tackle the Extreme Purging project I keep saying I’m going to undertake.

After all, it’s not like I really gained a week. It was here on the calendar all along; it was factored into commitments I have made. I didn’t lose it for long, only misplaced it for a day or two. The culprit was Comic-Con brain, I’m sure. SDCC came earlier in July than it usually does. Somehow, after I emerged from the exhausted post-con daze, I jumped ahead a week mentally. Rose is in Colorado visiting my parents. I knew she was coming home the 24th, but until this morning, I thought that was today. We have family coming to visit at the end of the month. Until this morning, I thought next week was the end of the month. The time in between is filled up with assignments: in a way, I’ve only located the lost $20 I had already spent.

Still, I feel dazzled and charmed: some tasks I’d thought would be frantic may now unfold at a reasonable pace. And how much more might I read, write, draw this month than I had been supposing?

My friend Edith Fine (a wonderful writer) told me once that when she used to teach school, she would always begin a new month by having the kids take note of what day of the week the sevens fell on. Since, you know, the multiples of seven are going to be on the same day each week. I caught the habit from her—it’s quite useful! I think July is the first month I’ve forgotten to notice, ever since Edith shared the trick with me. The sevens fall on Tuesdays, this month. In August, they’re the Fridays.

Next Tuesday is the 21st, not the 28th, in case you were wondering.

There’s something I need to get a picture of—the story begs a visual—but the shirt in question has already gone into the laundry. I’ll share a photo later. The other day, I remarked on Twitter that Rilla has decided to be a fashion designer when she grows up—a designer, that is, of clothing with lots of pockets. A perpetual grumble around here is the dearth of girls’ clothes with useful pockets. This, Rilla has announced, is a wrong that must be righted. I applaud her vision.

Yesterday I had a doctor’s appointment. (Which I knew was on the 16th. HOW did I think today was the 24th??) When I returned home, Huck greeted me at the door, beaming proudly, urging me to take notice of his new pocket. Picture a worn gray t-shirt. Way up high near the shoulder, a teeny tiny pocket of some scrap fabric rummaged out of a storage bin, attached with embroidery floss in large, determined stitches. There’s just about room to keep a quarter in it. It is the dearest thing I have ever seen. No moss grows on Miss Rilla, for sure. When she announces a business plan, she means BUSINESS. I’m sure she knows what day it is.