Archive for the ‘Creative practice’ Category

My stitching is in a Creativebug class!

So here’s something fun: this is my embroidery on Creativebug! 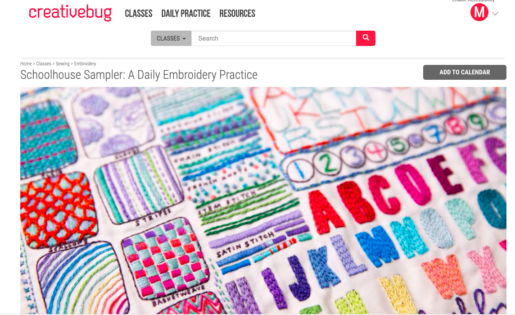 Waaay back in early March 2020, in the last gasp of the Before Times, Rebecca Ringquist of Dropcloth Samplers mentioned she was looking for test stitchers for a sampler to be used in her upcoming Creativebug class. I love Rebecca’s samplers and had taken several of her other Creativebug classes, so I was delighted to be chosen as one of the stitchers on this project.

Although we had never met, I knew Rebecca lived in my corner of Portland. She left the sampler on my porch one day, but I wasn’t home. Remember not being home? That day seriously was one of the very last times I wasn’t at home for a year.

The second-to-last very last time was March 10th. Even though my nose was still recovering from a harrowing-if-fascinating surgery to remove skin cancer, I went to the Tuesday night singalong of my beloved Low Bar Chorale. On my way into Show Bar at Revolution Hall, I passed some women sitting at one of the patio tables—and did a double-take, because I recognized Rebecca!

I think I sort of shrieked at her? I’m excitable that way. I introduced myself and we had a good laugh about it. She thanked me for testing the sampler and I told her I was already having a fabulous time with it. Then we went inside and sang with the band: a roomful of joyful adults shoulder to shoulder, mouths wide open, masks undreamed of.

Rebecca started a group text with her four test stitchers, and we spent the rest of March and April adjusting to lockdown and finding ourselves with LOADS of time for embroidery. Our deadline was late April, because Rebecca was supposed to film in May, I think. I loved working on the sampler, especially the alphabets. When Rilla saw the palette of floss colors I’d chosen, she laughed—they’re the same hues of Prismacolor pencils I always wear to a nub.

Covid, of course, changed Rebecca’s plans to fly to Creativebug’s studios in 2020 and film the class. But this year she was able to go at long last, and her class—Schoolhouse Sampler: A Daily Embroidery Practice—will begin on Saturday, aka January 1, the best day of the year.

The Schoolhouse Sampler is available at Rebecca’s Etsy shop, and you can sign up for the class at Creativebug. I’m a Creativebug affiliate, but I’m also a longtime subscriber, as you probably know if you’ve been around Bonny Glen for any length of time. It’s where I learned how to draw! 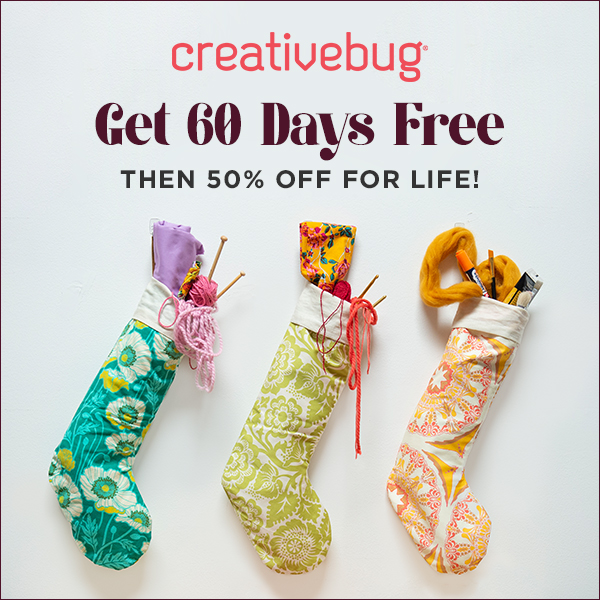 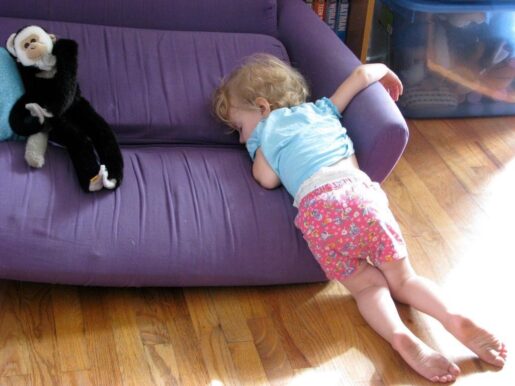 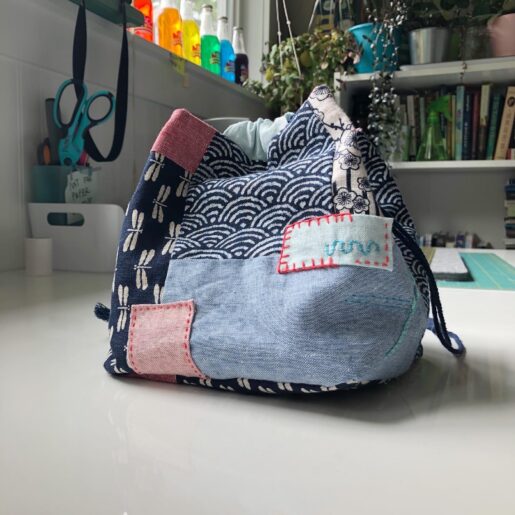 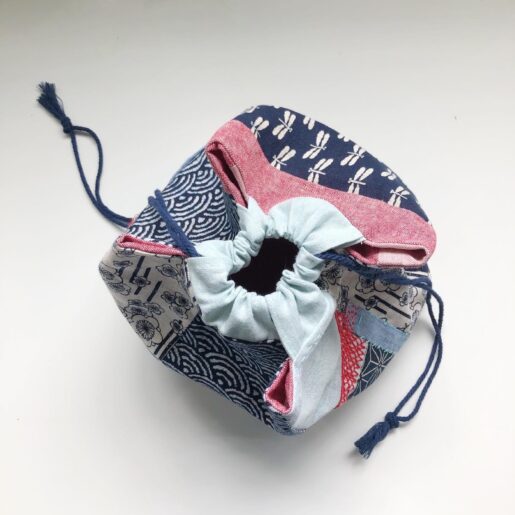 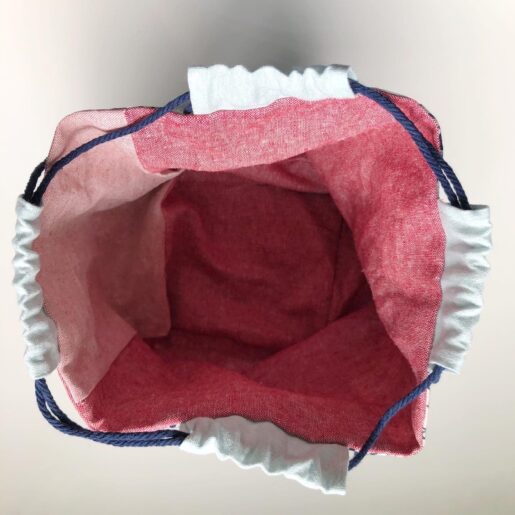 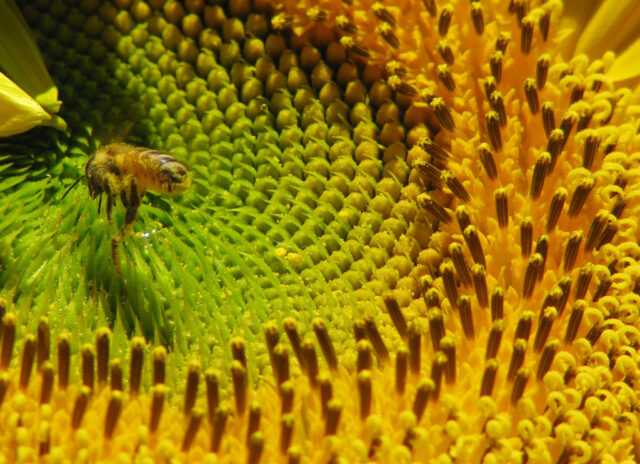 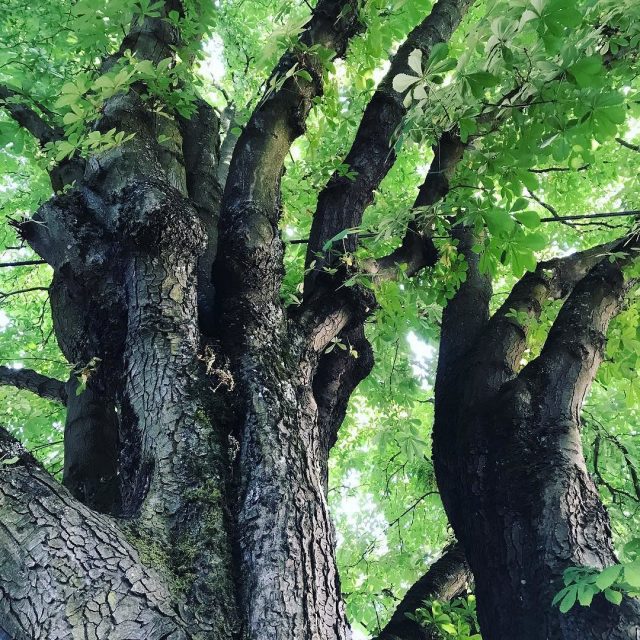