Danny Gregory interviewed me about one of my favorite subjects: making art with kids 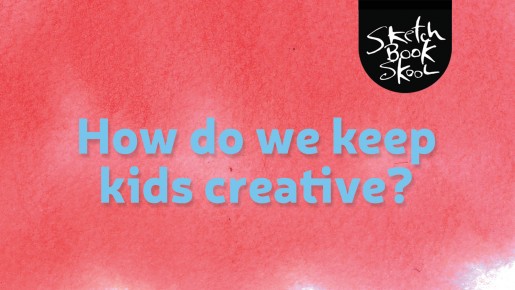 Well, this was quite a treat. My recent post on ways to encourage a family art habit caught the eye of folks at Sketchbook Skool, which led to my being interviewed by Danny Gregory for a Q&Art video. As an eager viewer of this excellent video series, I was delighted to find myself chatting with an artist whose books and classes (I mean klasses) have been a tremendous source of inspiration and education for me. What a joy. Danny asked me for advice on encouraging creativity in children—one of my pet topics, as you know!

(Not included in the video: the two minutes of Rilla bouncing up and down in her overwhelming glee at meeting Danny, one of her heroes, via Skype just before we began the recording. She was absolutely starstruck. 🙂 ) 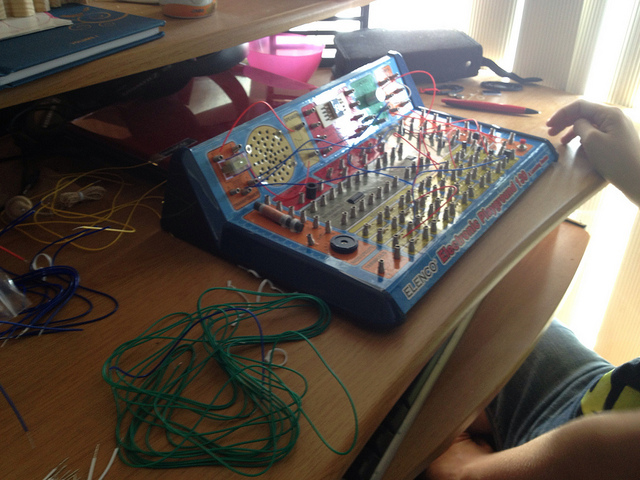 Enjoyed this article today: Why NonGeek Parents Have the Advantage in Parenting Young Makers. The whole piece was interesting but this bit especially grabbed me, because it’s singing my own song:

The parent panel was surprisingly united on several points. “Makers gotta make, so if you can’t get their stuff (maker treasure) under control just find a way to live with it.”  “Kudos for letting your kids disassemble, repurpose, void warranties, and explore fearlessly!” “Allow projects to take time and make room for play and exploration–even if it means lots of projects are in progress at once (if you aren’t going to work on it in the next six months maybe it can hang out in the back of the closet for now.)”

Whenever I speak to homeschooling groups, I urge something similar. Never underestimate the importance of freedom to be messy. Creativity is a messy, messy business. Art is messy. Writing is messy. Sewing, woodworking, robotics, cooking, all these awesome pursuits we want our kids to dive into, all these handcrafts and skills we love to see them develop—they require room to get sloppy. The paint-spattered corner, the room abandoned to fabric scraps and bits of Sculpey, the table overtaken by wires and circuit boards…

I know it isn’t always easy, especially for type-A parents, to live with the clutter and chaos that so often surrounds a creative mind, but there are ways to compromise. For us, it means keeping the front of the house reasonably tidy, one main room where people can count on an uncluttered space, and letting the rest of the house wear a jumble of raw materials with abandon and zest. The girls’ room is overrun right now with wand-making supplies. The house smells like hot glue. Every time Scott looks at me he finds another piece of glitter on my face—I don’t even know where it’s coming from; it’s in the air.

Along with Freedom to Be Messy goes Lots and Lots of Down Time…that’s part two of my refrain: give ’em time to be bored, time to stare into space, time to tinker, time to obsess. So much of my work as a writer happens when I’m far from my keyboard…I’m writing while I’m gardening, while I’m doing dishes, while I’m curled up under a blanket doing a crossword puzzle. I may look idle, but I’m not. Things are churning in my head. Scott used to do his best writing on the walk home from the subway. Now, far from NYC, sans commute, he stands in the backyard, his mind working while Huck runs circles around him. Our kids know that we’re absent sometimes—lost in our thoughts, working something out—and they understand, they know we try to make up for it by being extra-present, fully engaged, in other parts of the day. But also by giving them that same kind of mind-space in return: big chunks of the day unscheduled, unspoken for. Let me get out of your hair so you can put glitter in it.