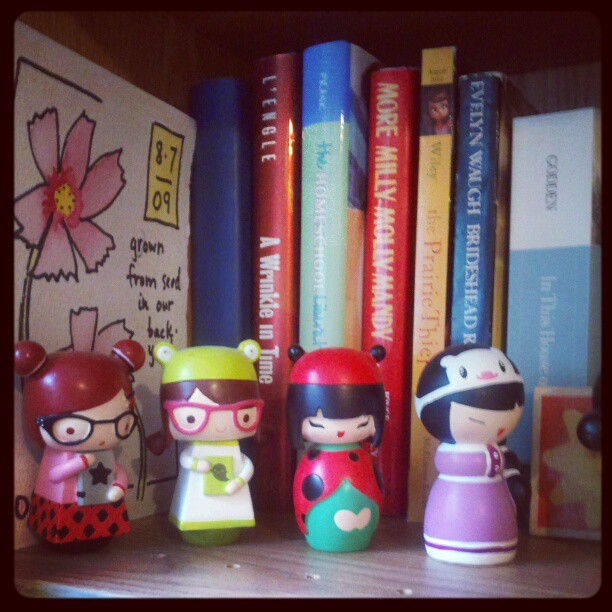 The other end of the doll shelf.

This morning I glanced out my bedroom window and thought for a moment that someone had put Christmas lights up in the big pine tree behind our back fence–a string of large orange lights, so pretty. Then I realized I was just seeing the blossoms of the Cape honeysuckle in front of the pine. (“Just.”) Now when I look, I can’t not see the lights. Guess our yard is going to do its own decorating this year.

Big Bad Bunny
Hanna’s Christmas (Rilla picked it, I swear)
The Christmas Trolls
Backseat A-B-See
As the Crow Flies (love this book so much—crows, our favorite!)

Tags: one shelf at a time