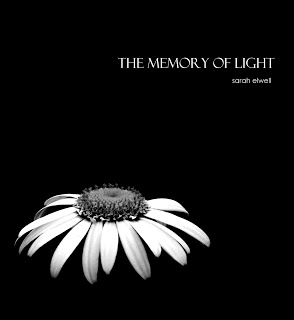 The next volume of Scott’s alternate history/thriller series, Uncivil War, is now available for Kindle. A collection of five short stories, on sale for 99 cents. If you’ve read Vol. 1, The Island, and are eager to hear more about Harry and Buttercup, you’ll have to wait… 🙂 This volume, After the Fall, features new characters, new story arcs (and is decidedly not YA, I should add, in case the first installment gave that impression).

More books I wanted to mention: Sarah Elwell’s The Memory of Light and Otherwise. Sarah’s writing has been some of my favorite on the internet since I discovered her old blog, Homespun—way back in 2005, was it? She blogs now at Knitting the Wind and Gnossienne, and writes poetry and fiction as well. I have a special hand-bound edition of Otherwise that I cherish. Both books are available as ebooks, and Sarah is offering them on her website, asking a small donation toward her daughter’s athletic training. (She is a serious—and seriously talented—windsurfer, working toward Nationals.) You can find out more at Gnossienne.

Thanks to my pal Karen Edmisten, I recently read Where’d You Go, Bernadette? by Maria Semple, and loved it, couldn’t put it down. Made Scott read it immediately afterward so we could discuss. (He’s very obliging that way.) Have you read it? Want to gab?

I’m still reading Elizabeth Gilbert’s The Signature of All Things, which, since it’s about a nineteeth-century lady botanist, is the very definition of had-me-at-hello. I’m not very far in yet; got waylaid by the aforementioned Bernadette and then a sudden inexplicable need to reread Josephine Tey’s The Daughter of Time. These things happen. But Alma’s a mighty captivating character and I’m looking forward to following her farther into the century.