Me:  Check out paragraph 2 of this press release I just got—

May 5, 2016, Mount Laurel, NJ: Four of the leading independent comic book publishers have come together with Groupees to offer fans a low cost entry into the world of original storytelling from some of the leading names in graphic fiction!

The all-men lineup. Lower in the press release you learn that one of the items in the bundle is Saga.

Why on earth wouldn’t you mention Fiona (and BKV for that matter) in your summary???

But you know what? They didn’t mention Darwyn Cooke, either. Or Bryan Lee O’Malley, Walter Simonson. 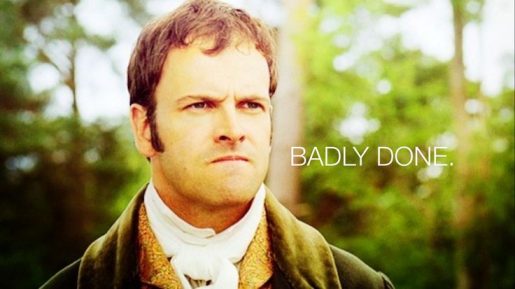 Scott: what a perfect expression

Me: He’s the Mr. Knightley to the Emma actress you looked up the other day, the one I knew SO WELL

from, you know, Emma

Me: Also Edmund from Mansfield Park

Me: You realize this is why nothing gets done in modern civilization

Tags: they call the app Slack for a reason