Archive for the ‘Apps’ Category 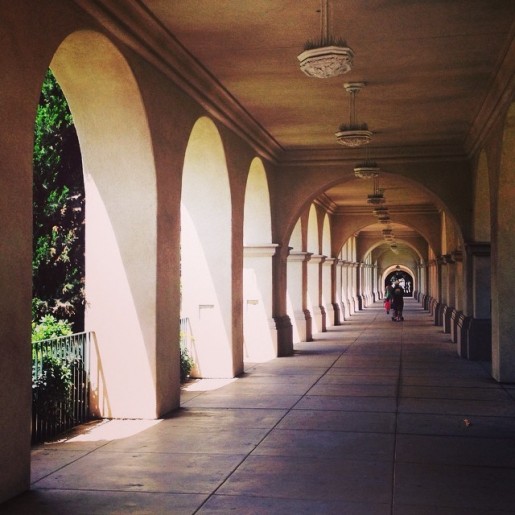 One of the many long galleries at Balboa Park. Assignment: In a Row.

At Comic-Con two years ago (or was it three? they begin to blur), I dropped my camera in the street, and it has never been the same since. Even before that, I was finding myself more likely to reach for my smartphone than the camera when I wanted to snap a pic. I gather I’m not alone in this. As phone cameras have improved and apps like Instagram make uploading and sharing easier, more and more of us are relying on our phones to capture the memories we want to save.

At times, though, I’ve been frustrated by the frankly mediocre quality of my phone photos compared to the kind of pictures I used to get with my camera. When I saw that Big Picture Classes was offering an online course in phone photography—and furthermore, that my fellow former ClubMom blogger Tracey Clark was one of the instructors—I decided to take the plunge.

Oh you guys, I am SO happy I’m taking this class. The “Before and After” videos, in which various instructors walk you through the editing process on a single photo, using their favorite apps, made an immediate difference in my pictures. And I’ve thoroughly enjoyed the biweekly lessons with accompanying photo challenges, all based around themes like “In a Row,” “Lines,” or “Fill the Frame.” I’m much happier with the quality of the photos I’m getting out of my iPhone. Almost every image I have posted here in the past two weeks was influenced by the course.

The class runs through August 16 and you can sign up right until the end. You move through the lessons at your own pace. There’s a pretty active message board with lots of input from the instructors, and several bonus videos in which guest photographers spend some time talking about their phone-photography process.

Here’s a selection of my class assignments. There’s a gallery where students may upload photos, but the best place to see others’ work is on Instagram, where we’re tagging our work #bpcphonephotographyproject and adding tags for the individual assignments, such as #ppp2inarow or #ppp2shapes. 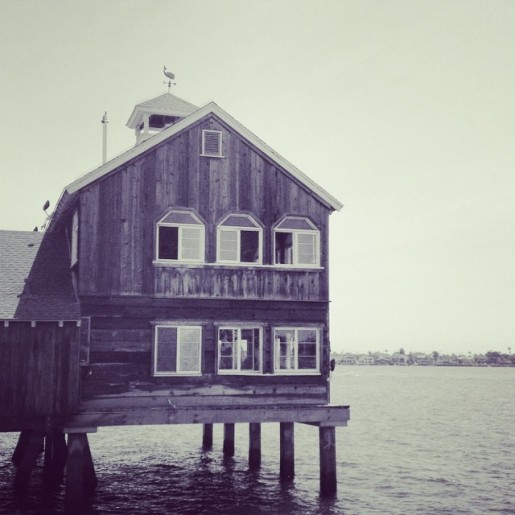 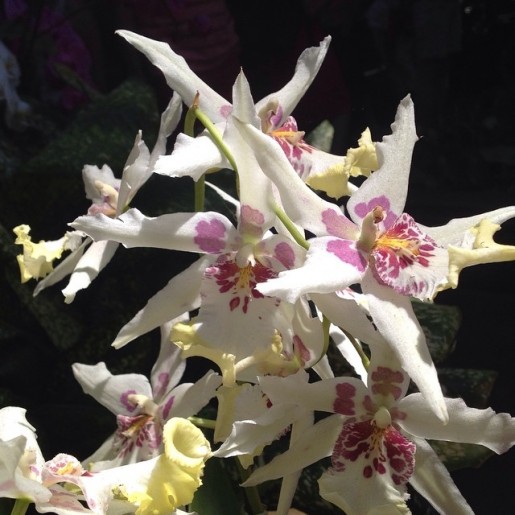 I always swoon over the orchids in Balboa Park’s Botanical Building. Assignment: Fill the Frame. 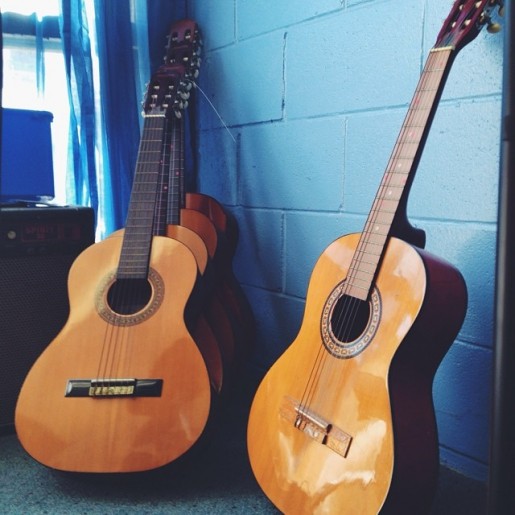 Snapped in a corner of the music studio where my kids take piano. Assignment: Lines. 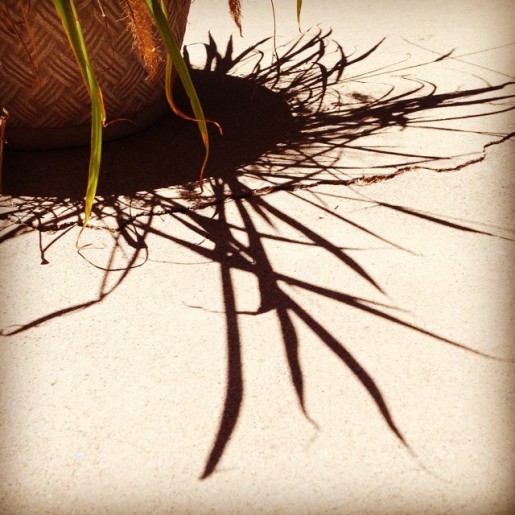 Another take on the Lines assignment. 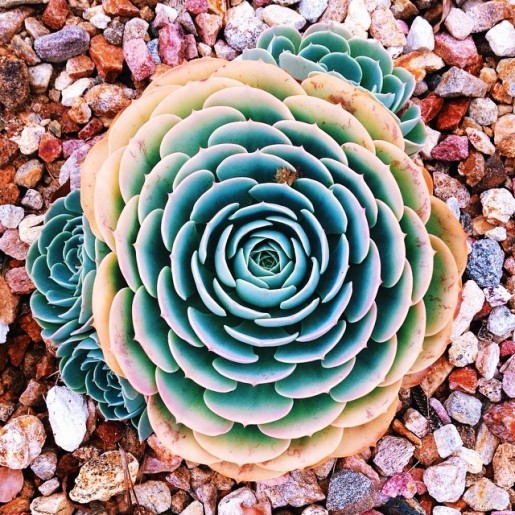 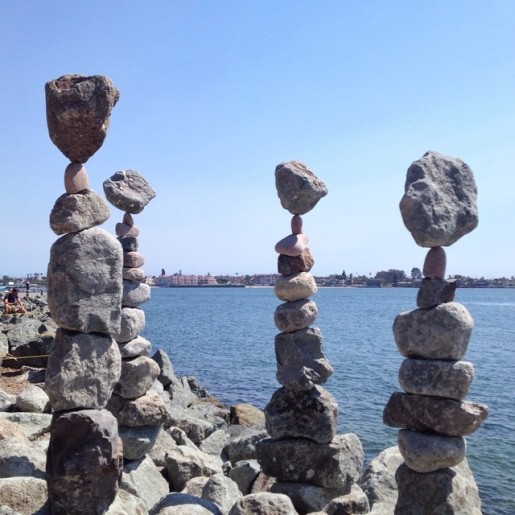 There’s a man who stacks these rock towers at Seaport Village every day. Assignment: Shapes. 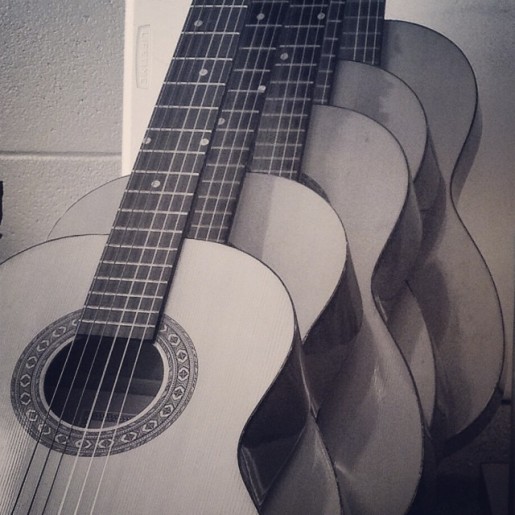 Another take on the guitars…Assignment: Black and White. (I think this may be my favorite of the bunch.) 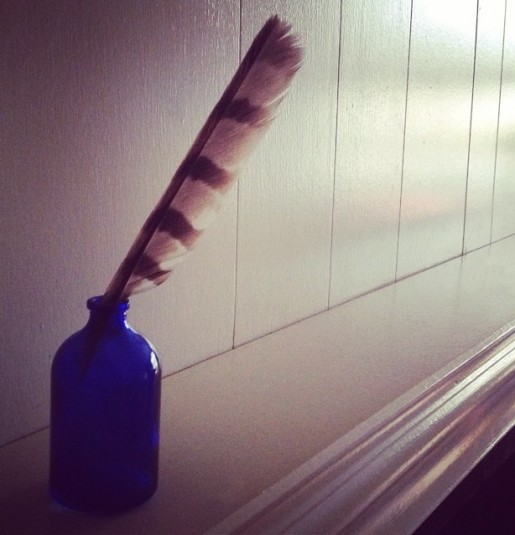 Rose found this feather and we decided it was meant for my blue jar. Assignment: Light. 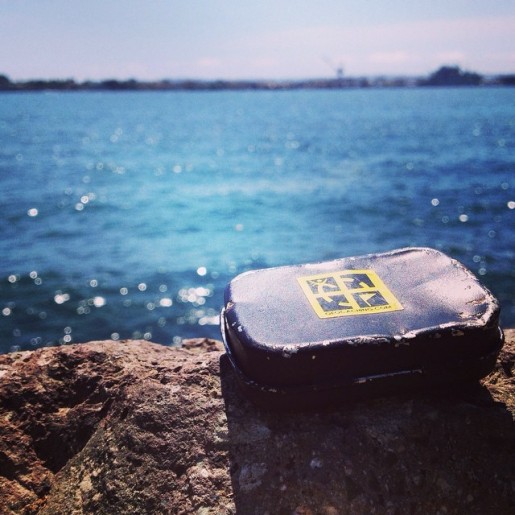 Another Seaport Village shot, but I’m not saying where exactly. 😉 Assignment: Fill the Frame. 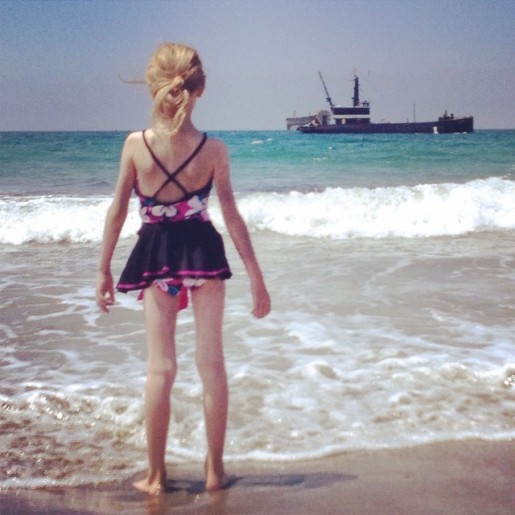 I posted this one here last week, but I tried a slightly different edit when I shared it on Instagram. I think I like this faded version best. (I prefer the taller crop on the original, though.) Assignments: Vantage Point and Rule of Thirds. 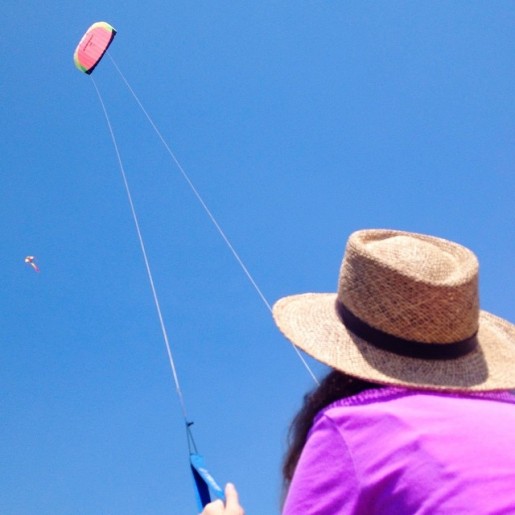 I happened to read the Vantage Point lesson right before our trip to Seaport Village, and it’s what nudged me to get down on the ground underneath Beanie as she took a stab at flying this kite. I like how the kite is about to sail right out of the frame. 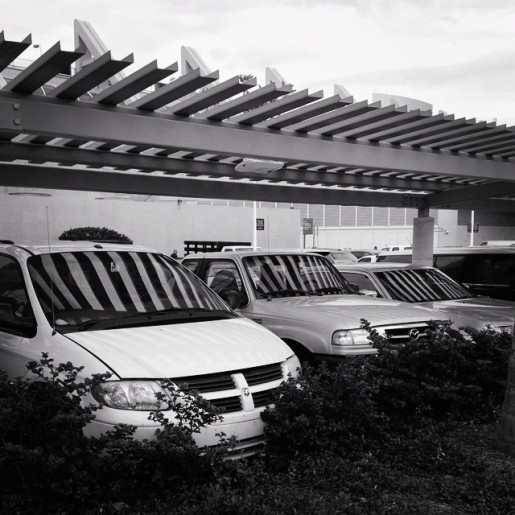 One of the things I’m appreciating most about this class is the way it makes me notice things in my surroundings that I might otherwise have glanced right past. I passed these cars in a parking lot behind the San Diego Convention Center during Comic-Con and was struck by the reflection of the slats on their windshields. Submitted it for the Black and White bonus challenge. 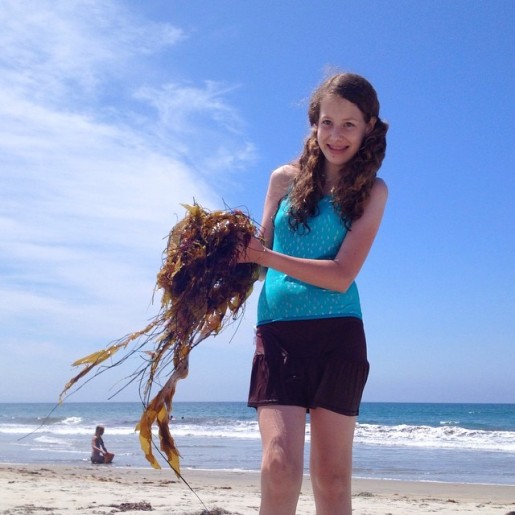 Thanks to the class I learned how to straighten the horizon in this formerly very tilted shot! I didn’t tag it for any of the assignments, but the way the wind was whipping that seaweed around, it could almost qualify for the Action challenge.