Archive for the ‘Music’ Category

I’m so happy to share this with you! Our third Low Bar Virtual Chorale video: Here Comes the Sun, sung by 225 participants from around the world.

We’re making another video in April, and you can be part of it! Look for more information at lowbarchorale.com or on our Facebook page. The next song will be announced at our April 6 “Bowieversary” livestream.

I’ve been meaning to share this all week! Last Saturday, my beloved pub-sing choir (still singing together, sans pub, via Facebook Live events, since last March) unveiled our second virtual chorale video: a Valentine’s-themed performance of Peter Gabriel’s “In Your Eyes.” It delights me that we can make music together even when we’re all scattered in our homes. And once we went virtual, people from around the world began to join us. For this video, we had over 175 contributors from more than a dozen countries.

During the next live show on Feb. 23rd, Low Bar Chorale‘s musical director, the incredible Ben Landsverk, will announce the song for our March virtual choir video. You can participate, if you’re interested! The Tuesday-night FB Live events (every other week) are a socially-distanced way to sing: Ben is onscreen, teaching harmonies and singing, sometimes solo, sometimes accompanied by a video of the Low Bar Chorale Band (which is phenomenal). You can watch quietly or sing along from home, whatever you like. (It’s not a Zoom thing—no one else can hear you.)

So—Tuesday night live shows, viewable in replay videos by visiting Low Bar Chorale’s FB page; and occasional virtual group performances like “God Only Knows” and “In Your Eyes.” Two ways to pour some magical music into your days. I would love to see your face in one of these little squares next time!

Beanie is learning Dvorak’s New World Symphony theme for her piano class. I love the Largo theme and it’s always a happy day for me when one of the girls reaches this point in their lesson books. Beanie wanted to hear the whole symphony, so we started with a few YouTube clips.

First, the theme played by on flute:

Then on classical guitar—this is lovely:

Which led us to this rather thrilling electric guitar rendition of the 4th movement:

I love that the young guitarist says he first encountered this piece of music in a video game, fell in love with it, hunted it down, and taught himself to play it by ear. 🙂

Here’s the same movement played by the Vienna Philharmonic:

Breathtaking—but I think I like the electric guitar version best.

“I know that song,” says the five-year-old, eyes lighting up. She bobs her head. “That’s jazz.”

He’d looked this clip up because I got excited when Julie Danielson mentioned (also on Facebook) that she was working on a review of this picture book for SevenImp:

Looking forward to Jules’s review, and to checking out this book!

“Every audience gets that.”

Just arrived from the library: Leonard Bernstein’s Young People’s Concert series, which aired on CBS from 1958 to 1973. Backed by the New York Philharmonic, playing to a packed house of children in Carnegie Hall, Bernstein conducts and chats his way through the marvels and mysteries of music.

Scott watched this series, bit by bit, years ago in our New York days. He recently discovered our library owns it, so we’ve got plans to immerse ourselves in these DVDs for the next few weeks.

The fun Mr. Bernstein has with the music and the audience reminds me of this wonderful Bobby McFerrin moment, which I think I’ve linked to before.

Moment :43 and the swell of laughter that follows is pure, real, unexpected joy. I’m thinking about it and it’s hard to find examples of a crowd of adults reacting with such spontaneous and childlike delight. It’s like the first time a baby takes up a crayon and makes a streak of color upon the paper or the wall. Magic just happened! 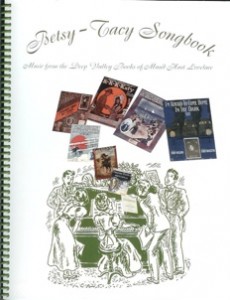 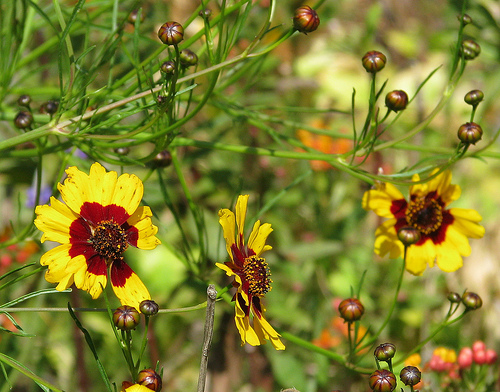