Archive for the ‘Uncategorized’ Category

I would have a lot more time to blog if I didn’t have all these executive orders to read. 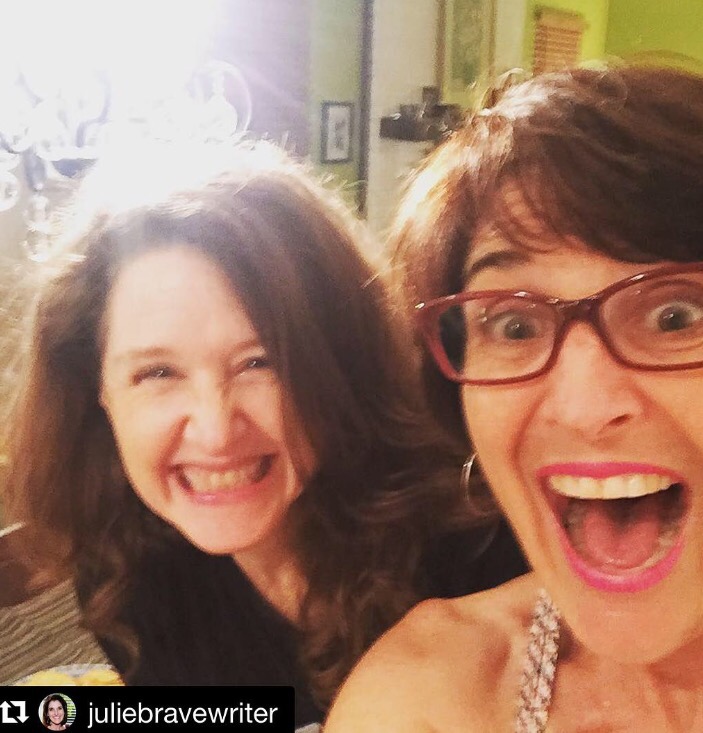 Sorry, folks; got hit with a truckload of spam this afternoon. I’m temporarily turning on comment moderation, so if your comment doesn’t go through right away, that just means I haven’t had a chance to approve it yet. Thanks for your patience!

I Have Too Many Tabs Open

I’m kind of quarantined at the moment. The baby and Rilla seem to be more or less over the nasty little bug we’ve been passing around, but it appears to find my company irresistible and invited its nasty little friends over for a keg party in my immune system last night. I woke up at 4 a.m. with a fever and honest-to-goodness chills, the kind that make your teeth chatter. Fun!

So Scott’s doing Saturday morning cartoons with the rest of the gang, and the baby just crashed on my lap (he’s the one who gave me this blasted virus, so no quarantining needed), and my book is way on the other side of the room, and my foot is falling asleep. Hang on, now my other foot is falling asleep. This is a serious situation. Must take mind off physical misery. Twitter, what have you got for me?

Ahh, sweet distraction. First there’s Liz B tweeting a teaser about her latest post, a link-rich discussion of her frustration with parents who “treat reading like a race,” pushing their kids to read too early, or to read “more challenging” books. Hear hear! Couldn’t agree more. I recall, long ago, when Jane was a baby, watching a visiting 4-year-old explore our bookshelves, which were even then loaded with picture book treasures. I’d worked at a children’s bookstore during grad school and pretty much converted my paycheck into books every two weeks. The little girl was a precocious reader, already gulping down chapter books on her own, but she was having a fine old time with our picture-book stash when her mother noticed and steered her away from the picture books toward, and I quote, “something more challenging.” The little girl was crestfallen, and I found myself quickly jumping in to point out to her mom that actually the reading level in picture books is often more sophisticated than in young chapter books, since, after all, picture books are meant to be read by an adult to a child. This satisfied the mother’s concerns and she allowed her daughter to finish the book she’d begun, but I felt intensely dissatisfied by the exchange. “Sophisticated reading level” wasn’t the point at all. The point was that a four-year-old child wanted to read a picture book—four! she was only four!—and she was being given a message that reading purely for pleasure was beneath her. Why must she only read things that “challenge” her? What’s wrong with reading for fun? Well, I was very new to mothering myself at that point, and I didn’t know how to carry the conversation further without offending the mother. I’m much mouthier now, I suppose.

Liz also led me to a Roger Sutton post on a topic much discussed of late, the difference between professional film and literary criticism and the kind of reviews, responses, and recommendations now so abundant on blogs. Roger quotes a New York Times article about online movie-review aggregators and the shrinking numbers of in-print film reviews, and he wonders whether “Internet 2.0 is turning us all into better talkers than listeners—that’s what will kill criticism from wherever its source.” Looks like a good discussion (among folks who both talk and listen) is shaping up in the comments there.

The Times piece led me to a Roger Ebert post about a YouTube poetry clip that was pulled because of nudity in an accompanying image. (The clip was later restored to the site, image intact.) I clicked through to listen to the poem, “The Cinnamon Peeler” by Sri Lankan poet Michael Ondaatje, and was fairly blown away both by the poem (beautiful in a kind of Song of Solomon way—please vet this before sharing with kids) and the voice of the reader, who calls himself (on YouTube) Tom O’Bedlam. I’ll be revisiting the SpokenVerse channel for sure.

Somewhere along the line the Times article led me, with a stop or two in between, to the Magazine Death Pool. Anyone feeling depressed about the disappearance of print media should probably avoid this link. (You know who you are.) “More than 525 US magazines ceased publication in 2008, and 40 have already folded in 2009 as the downturn in the economy continues to heavily impact most forms of print media, according to MediaFinder.com.” That quote is from February, and the site chronicles the demise of several more magazines since then. Yow.

Then again, I’ve let almost all of my own magazine subscriptions lapse in the past couple of years. The girls still get a bunch of good ones, gifts from Scott’s parents—Muse, Odyssey, Ask, Ranger Rick, My Big Backyard.

Someone got to my blog the other day after googling “Melissa Wiley tortilla soup.” Do you think she added my secret ingredient?

Sorry about that rogue Twitterlog that cluttered up your Reader this afternoon. The auto-post went AWOL for two weeks, so I did it manually yesterday. And then today it shows up out of the blue. All righty, then.

I had just read these lines at Toddled Dredge, where Veronica so often makes me grin:

During my hiatus, I read Stephenie Meyer’s Twilight. Apparently it is a requirement of being a thirty-something housewife (it’s on the list right between “make ironic references to eighties pop” and “own yoga pants”).

Hey, that’s three strikes for me—I haven’t read Twilight, I don’t own yoga pants, and when I make references to eighties pop I am nearly always completely sincere. (Oh Adam Ant, how I miss you.) (Sincerely.) Huh, guess I’m not a typical thirty-something housewife. OH WAIT I’M NOT A THIRTY-SOMETHING HOUSEWIFE AT ALL NOW THAT I AM FORTY.

I misplaced your new-address card and your old email is bouncing, so that’s why you haven’t heard from me since you moved! The baby clothes were absolutely swoony. Thank you so much. I’m dying to hear all about the new digs. How are the boys liking Ohio? I miss knowing you’re right up the road in the O.C. even if I never actually managed to make it up there.

(We now return this blog to its regularly scheduled blathering.)