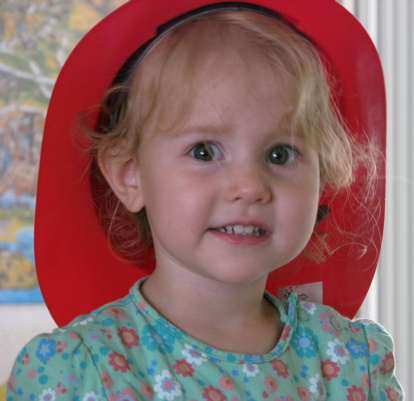 What I Did on Their Summer Vacation

This is going to be a strange week. My three big girls are off in Colorado visiting my parents. And my sisters, and my twelve-year-old niece. And the Continental Divide. And the awesome alpine slide I loved as a kid. Not that I’m jealous or anything.

Well, the little ones and I have an exciting week planned right here at home. For example: potty training! Woot woot! And closet-cleaning. And under-the-beds cleaning. And bookshelf-purging. Oh, the heartpounding thrill of it all! 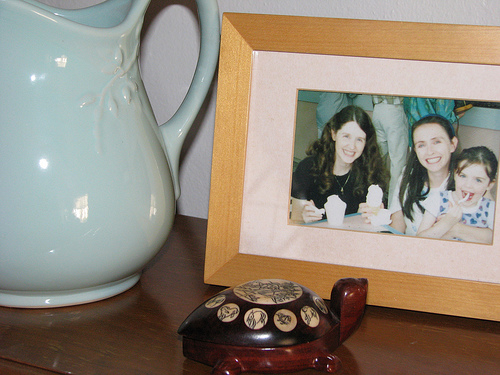 When I read Suzanne’s post in May, I grinned big. I wasn’t quite ready to share our news yet, but Suzanne and I must be just about on the same schedule. Bairn number six is due to join this party in early January. Given my due date (New Year’s Eve, or Hogmanay to you Martha fans) and my track record (all five babies born somewhere between 41 and 42 weeks), Scott is fully confident I’ll be delivering on Elvis’s birthday. That’s January 8th, as if I need to tell you that.

We are all immensely excited. One of us is also fiercely ill, but that shouldn’t last too much longer. Here’s to our first California baby!

P.S. Whom did I miss up there? I know that sentence in blue has more linky potential.

UPDATE: I knew I was missing someone. Because I am a knucklehead, for real. “I’m not a smart person; I only play on on the internet.” I missed one of my best friends, of course. Whose big day is now only days away, and I’ve been counting down in giddy excitement. Ah, Sarah, how do you put up with me?

(And check the comments for other expectant moms. So awesome!)

Did you know there’s an I Remember Laura blog-a-thon going on this month? Every Monday in June, Miss Sandy of Quill Cottage is hosting a little blog carnival about Laura Ingalls Wilder. This week, the theme is “Musical Memories and Beautiful Books,” and the always amiable Karla of Ramblin’ Roads to Everywhere asked if she could interview me about my own Little House books. She asked great questions, and her post is up at Ramblin’ Roads today. Thanks again, Karla! It was a pleasure.

…for a few days, that is. Argh. I’ve got a little bloggy glitch going on, a complication having to do with the server and a plug-in, which may be preventing some of you from seeing my most recent posts when you click the blog’s main page. It’s a caching issue: some browsers are viewing an older version of the blog rather than the most recent. For example, I’ve just heard from one friend that when she clicks on my blog today, she’s not seeing anything I’ve posted since June 24th. That means she’s missing about four posts.

In her case, she knew she was missing something because she subscribes to my feed in Google Reader. If you read my feed, you’re seeing all the posts. And you can click through directly to individual posts and see them here, with the comments. It’s only when you (and only some of you; it doesn’t seem to be happening to everyone—if you are logged in, for example, it won’t happen) click to the main blog site that the problem is occurring.

A workaround until I find a solution: click on the top post title in “Recent Comments.” Then you’ll see an arrow link to the title of the next post, and from that one, you can click to the next, and so on. Not ideal, but it’s a temporary fix. You might also try emptying your browser cache. And of course subbing to the feed is another good option. 🙂

Thanks for putting up with me while I get this sorted out. Maybe I’ll add a note to the sidebar until then, because this post won’t show up for many of you until next week, most likely.

I’m glad I checked my comments spam filter today, because look what I almost missed! Sorry, Sherry; I don’t know why the filter zapped you. We’re big Semicolon fans here, even if my filter isn’t.

I wanted to tell you that I’m starting something new at Semicolon, and you’re certainly invited to join in along with any of your readers. It’s called Semicolon Author Celebration, and to start with I’m looking for posts about Charlotte Zolotow on this Thursday, her birthday.

Of course, today is Thursday, which means the Charlotte Zolotow post is already up!