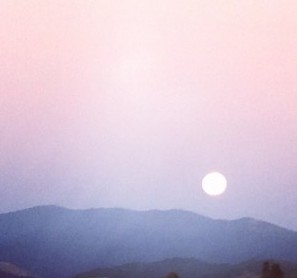 I couldn’t get to sleep last night. This hardly ever happens. I usually nod off while reading, but I just kept turning pages and suddenly it was 1:30a.m. And then I lay there trying with all my might to achieve sleep, an endeavor not famous for its success rate. Finally, around 2, I gave up and got out of bed. I had a grant draft to finish, so I hunkered down on the living room sofa with my laptop and hammered out another chunk. Crawled back to bed at 3:30 and wished it were Saturday instead of Tuesday. But Tuesday morning rollerskated right on in mere seconds later, or so it seemed.

Huck eats salami for breakfast. I admit I’m not keen on handling cold cuts first thing in the morning, but boy do I love that kid. His full-throttle hugs and the full-throttle monologues he’s clearly been saving for me since the moment he sprang out of bed. And his big brother, spiky-haired and grinning, another morning person, reveling in the crisp, linear order of business that school mornings bring. The bus picks him up at the corner. Huck and Rilla wait with him and tear back to the house the moment they sight it, so that by the time it rounds the bend and rolls past our house, they’ve fetched me and we’re all in the doorway waving as it goes by. These little family rituals are what bind you.

I had to keep plugging away at the grant, so Huck and Rilla listened to some Earworms German and then Rose shepherded them through some math. I took a break to read them our history chapter and some Langston Hughes and Countee Cullen poems from Poetry for Young People. Then everybody else went to the park and I returned to the grant.

The draft is finished and I know I’ll sleep well tonight. Scott just brought me milk and a few of the last Candy Cane Joe-Joe’s. Beanie told me she’s working on characters for a new story and spent part of her day watching early cartoons for style reference. Tomorrow is Lit Class day, which means another dose of King Lear. I love the weeks when my primary task is to drop a few questions into the soup pot like stones, and then sit back and let the girls build their savory stew, carrot by onion by bay leaf.

Hmm, maybe that’s what I should hunt up for tomorrow’s picture book: Marcia Brown’s Stone Soup. We read Barbara Cooney’s version of Snow White and Rose Red last night and Huck was rapt. He was disappointed, this evening, to learn we had finished the whole story last night—he was hoping there was more. Fortunately, when it’s fairy tales, there always are more. Although our pick tonight was more in the fable family: Eric Carle’s The Grouchy Ladybug. I decided about halfway through that the book is even funnier if you read it in the voices of characters from My Cousin Vinny.

Why is he sideways? I have no idea.
Too tired to figure it out.