Last night I rashly agreed to help Rilla cut out some paper “decorations” for a Brambly Hedge scene she wants to create. In my head, decorations meant some flowers, maybe a ladybug or two? That is, things within my extremely limited skill set.

My daughter’s vision is somewhat bolder. Here’s the list she presented me with: 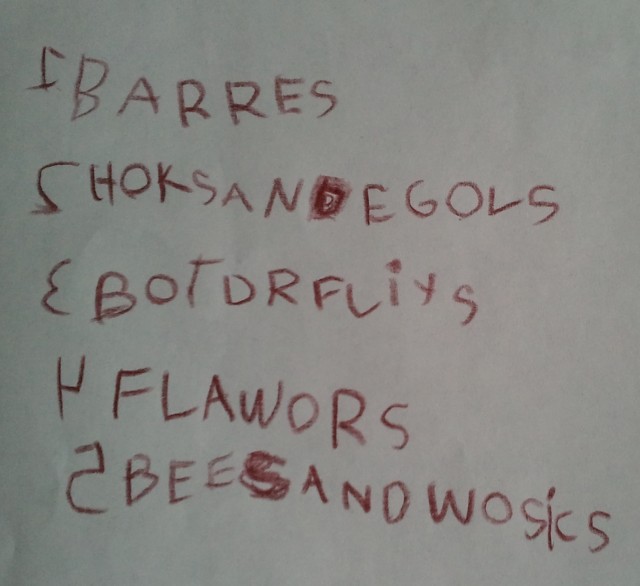 5. Bees and (to spell it like she pronounced it) wasp-es.

I’m hoping she’ll agree to do the heavy lifting—the drawing—if I promise to wield the scissors. 🙂

p.s. New Thicklebit today! And I don’t think I linked to last Thursday’s, either.