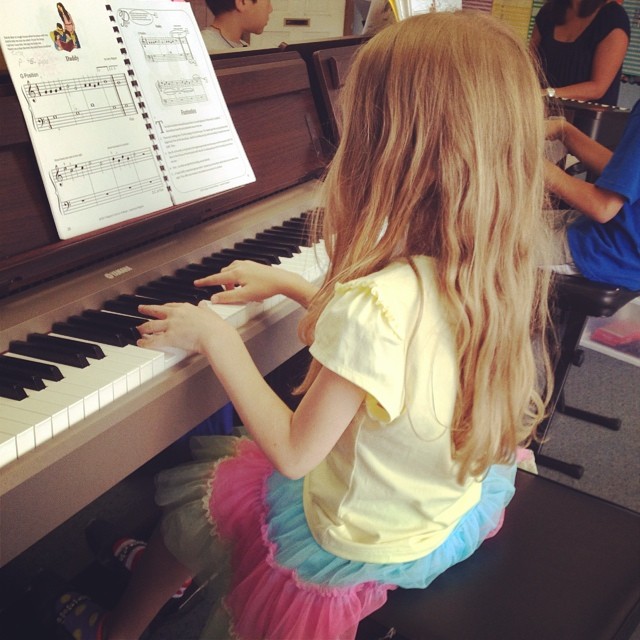 I’m sitting here wondering if anyone turned off the soaker hose in the tomato garden. I’d like to call it the “vegetable garden” but all I’ve managed this year (so far) is tomatoes. Lots of ’em, though: orange grape (which sounds oxymoronic but is delicious) and roma.

This morning during my blissful half hour of reading in bed, I decided I wanted to go back to Middlemarch—remember I started it (a beloved reread) months ago? And then got sidetracked? I opened it on my phone and found I had to go back fifty pages or so because I just had to read this one bit, no and that one, oh and that scene where…and eventually decided I wanted to read a hard copy instead; I’m wanting the tactile experience for this one—though you’d think an 800-page behemoth like Middlemarch is the exact kind of tome for which the Kindle was invented. Well, the only resolution I made this year was to indulge my reading whims, so mammoth codex it shall be.

I’d looked for my battered paperback copy back when the urge first struck and came up emptyhanded. We’ve been doing a lot of book purging (sob) to make space, and faded, ancient, cheap paperback copies of classics have been on the kiss-goodbye list (gulp). The reasoning here being that these are books we can read for free on our e-readers. I mean, certain treasured volumes full of margin notes are forever-keepers, but I’m talking some of these ratty, coverless copies that were decades old when we picked them up at used bookstores in the first place. When I couldn’t find Middlemarch I figured ruefully that it must have gone out in the Goodwill box.

So I stopped at the library on the way to piano, the big lovely fairly new main branch in our town. It wasn’t open yet. Later, WB and I walked back over, and I was surprised to discover they didn’t have a copy on the shelf. Must be the surge of renewed popularity thanks to Rebecca Mead’s My Life in Middlemarch (which I’ve been in the queue for for ages). Amusingly, the only available copy in our system today is on the shelf at my local branch—the tiny little box of a building we swing by on Saturdays. I meant to drop by on the way home from piano, but I gave a ride to a friend’s daughter and wound up chatting in her front yard until lunchtime.

After lunch, I read a chapter of Charlie and the Chocolate Factory to the trio and then we had our little bit of quiet reading time. Huck wanted Up Cat to go along with Up Dog. It was in his room, on the board-book shelf. Right next to Middlemarch. 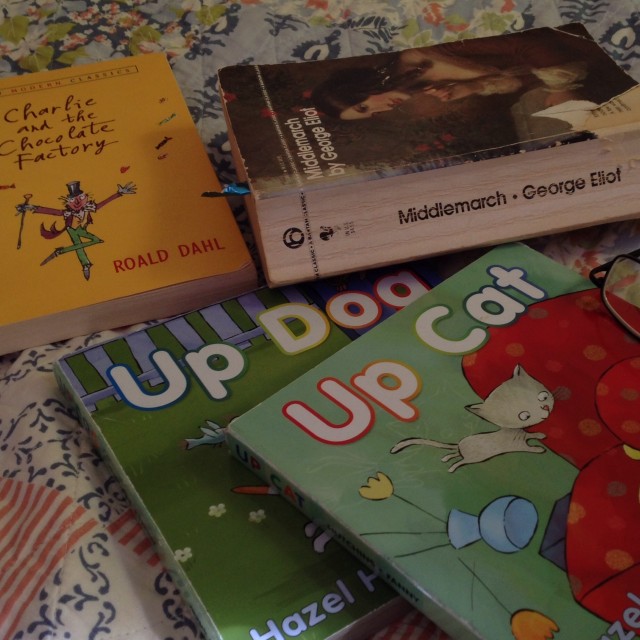 Thick as a board, I guess?