Thoughts while packing for a move

This is just to say

and which
I never mailed
but I did stamp
and seal

Forgive me
we loved those books
so Boynton
and so dear

poetry friday: “America, why are your libraries full of tears?”

America this is quite serious.
America this is the impression I get from looking in the television set.
America is this correct?
I’d better get right down to the job.
It’s true I don’t want to join the Army or turn lathes in precision parts factories, I’m nearsighted and psychopathic anyway.
America I’m putting my queer shoulder to the wheel.

—from “America” by Allen Ginsberg

Ring the bells that still can ring
Forget your perfect offering
There is a crack in everything
That’s how the light gets in.

—from “Anthem” by Leonard Cohen

Why Poetry Is Viral in the Aftermath

And poetry keeps the intensity and the passion of a point of view, but in a forum where people aren’t hurting each other. It says, “Here’s what it’s like from my point of view.” All you have to do is listen to the poet.

And, in that, you don’t have to be anything other than what you are. The poem is a catalyst where you’re bringing two different kinds of people together. And at its best, when it works, there’s a kind of spark, and everyone comes away illuminated by what the spark has ignited.

“Differences of Opinion” by Wendy Cope

And here’s one from me.

I have quit romanticizing
small towns. Don’t tell me

You know Doc Gibbs is no longer
in network. Behind trim doors fixed eyes

watch what all of us are watching.
Some of the mothers smoke still.

Their strong son the quarterback
snaps his frame: splayed limbs,

fanned hair, the blue dolphin vaulting
off the tanned swell. His swell friends

retweet. Here the wagons are circling.
There is plenty of posterboard.

at Grover Cleveland High. Hear the roar
shivering the bruised leaves of the Bradford pears

on Elm Street above the patter of talk
radio. The limp girl among the red cups

under the butternut tree cannot
hear what they are saying in the cities. 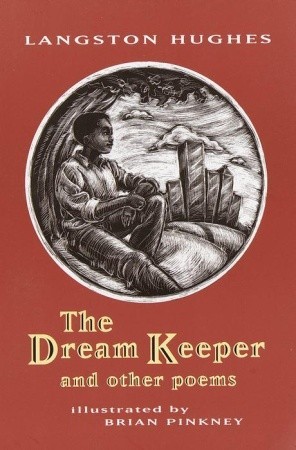 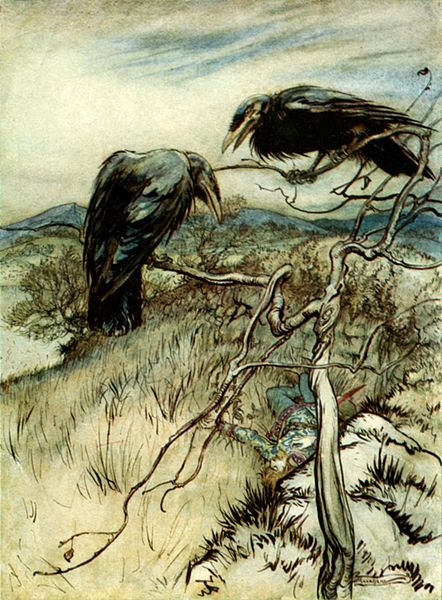 For Poetry Friday, two of the poems from Rilla’s poem house. The Dickinson is hanging on the wall now, as she requested, and she has plans for the Sandburg piece, which she says is her very favorite, tomorrow.

It’s All I Have to Bring Today
by Emily Dickinson

Between Two Hills
by Carl Sandburg

Between two hills
The old town stands.
The houses loom
And the roofs and trees
And the dusk and the dark,
The damp and the dew
Are there.

The prayers are said
And the people rest
For sleep is there
And the touch of dreams
Is over all.