Sashwee had a question for Mr. Stossel after yesterday’s post.

Would Mr. Stossel, I wonder, be willing to recommend some starter music for a baby? Stimulating but not too stimulating if you know what I mean?

Sashwee, I tried to reach him but he can be hard to pin down for questioning. (I guess he prefers to be on the left side of the question mark.) 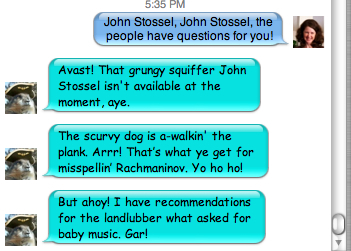 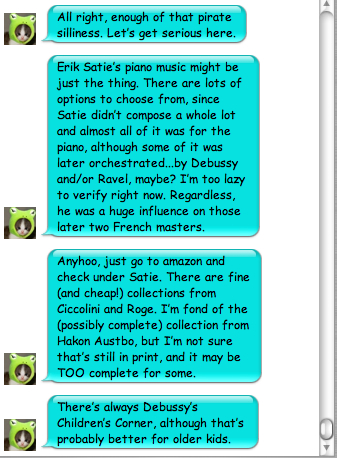 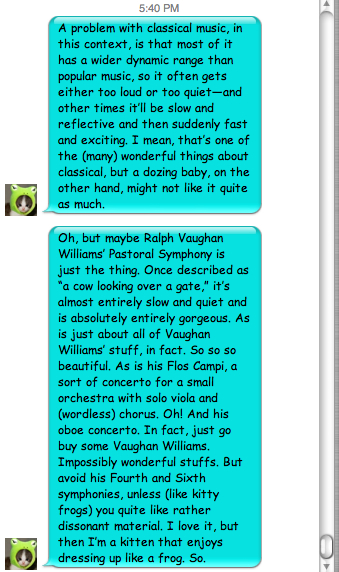 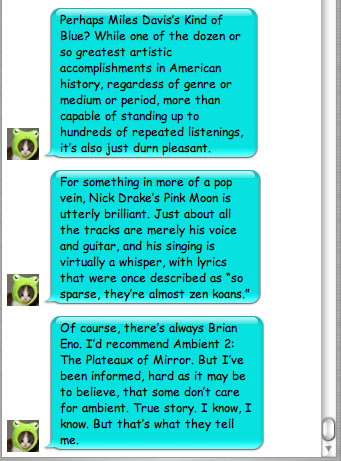 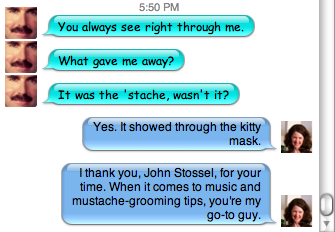