Originally posted at The Lilting House.

Continuing our best gifts for homeschoolers (or really any kid) series, here are a couple of big-hit items my kids have received on holidays past. 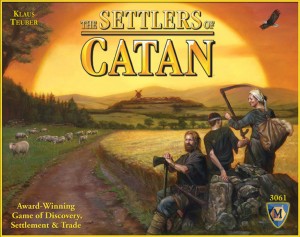 . Our favorite board game EVER. You play that you’re settlers in a strange land, using natural resources to build homes, villages, and cities. Sound dry? Not a bit. It’s absorbing, exciting, and addictive. There’s a Knights of Catan extension set, too. 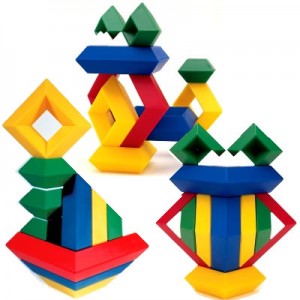 . These plastic stacking toys have been one of my most successful toy purchases ever. They’re popular with every single kid in my house, from the eleven-year-old on down. Wonderboy (almost three) plays with them all day long. They nest into pyramid shapes, or you can turn them on end and build tall structures and contraptions. We keep a large basket in the living room, and hardly a day passes that they don’t wind up taking over the rug. Timberdoodle used to have the best price—I haven’t compared lately as we’ve had our big set for several years now.